There’s only 2 days left until Xmas officially begins, but basically just 1 day until Santa comes by, and I wouldn’t want him to find a total mess in my house. Especially around my altar, that is so sacred for a holiday like this one – for those of us who celebrate Yule and believe in the importance of the traditions behind it. And because I wasn’t gonna get my cute, Goddess-like hands dirty doing the hard work, of course I got my slave to do it. All under my instructions, cause I wouldn’t trust a little loser like him to do a good-enough work all by himself. Those crystals are precious to me and pretty fragile, too! And an idiot like him would most probably throw the ash to the bin if I wasn’t there to tell him I need that carefully placed into my special ash-bag and saved for later! He wouldn’t even understand, anyway! So I followed his every step, instructed him carefully and punished him when he did it the wrong way. I have a feeling he’ll soon become a pro at cleaning a witch’s altar! Such a lucky pet! And cause I know you’d love to be in his place right now, I want you to watch me boss him around, imagine it’s you and freaking rub your lonely cock to this – that’s right! No cumming, though! 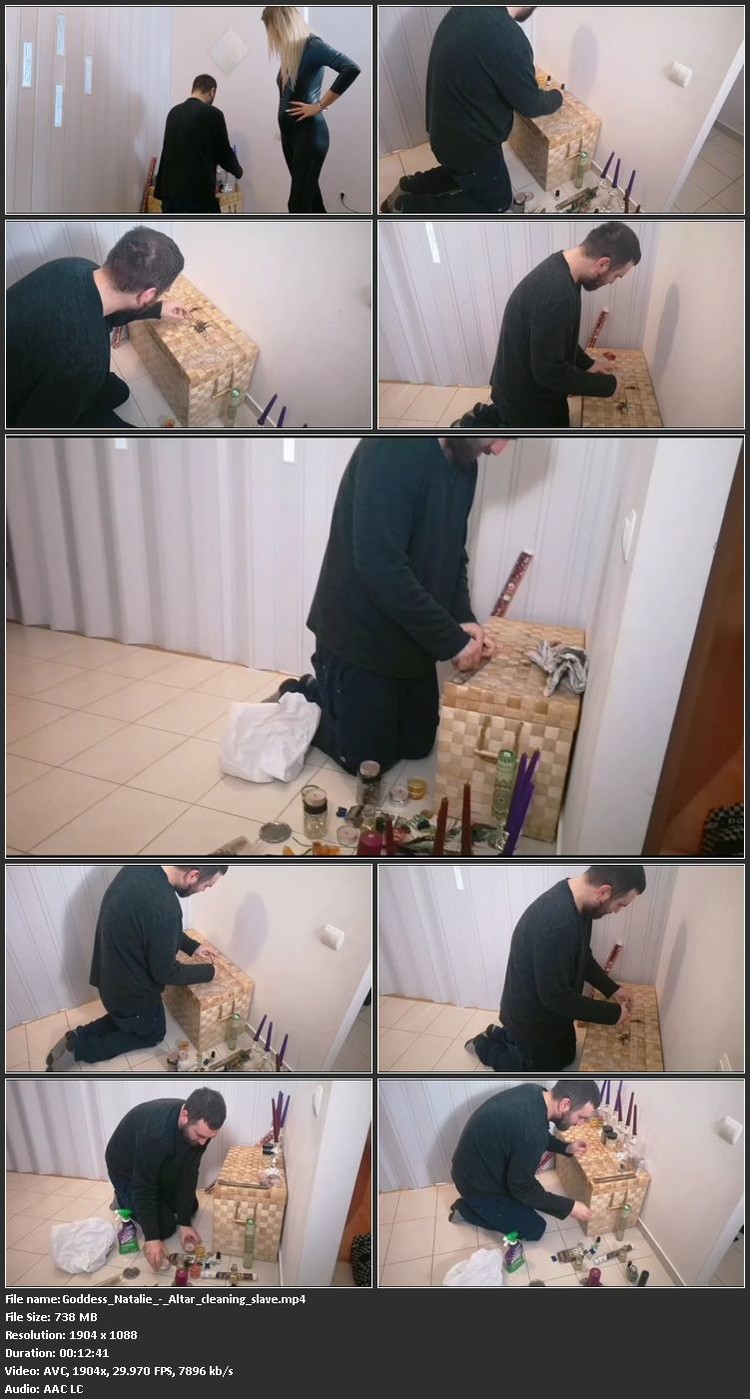