We find ourselves deep in the nevada desert, far away from any signs of civilization besides a lone car driving down the dirt road. The car stops and out comes Goddesses Sydney, Raevyn Rose and Alexandra Snow. They have a special passenger today we discover as they pop open the trunk to reveal some gambling addicted loser who had borrowed thousands from them, only to pathetically try to disappear on them.

Little did he know these women have their eyes and claws everywhere! It took no time at all to find this broken piece of garbage. He will pay the debt one way or the other.. and if it’s not going be with his money it’s going to be with his hide!

He finds himself soon tied up and naked on his knees. They explain bluntly that he wont be leaving this place, and they’re miles from anywhere so nobody will ever find him. They plan on leaving him to the snakes and vultures anyway so there likely won’t be anything left of him But it gets even worse, as this cruel trio doesn’t just want to leave him, they want to have fun beating him within an inch of his life! You see, this is what happens when you cross these sadistic Goddesses.

They laugh at his whimpers as they kick him down to the ground, hitting him with their cattle prods. Blindfolded and scared he doesn’t even see them pull out their bull whips and floggers! The loser shrieks as the three ladies start tearing into him, laughing and taunting him as they cover his naked body with painful welts. They want his last few moments on this planet to be in agonizing pain!

Watch this clip with caution, as the level of sadism and brutality that spills from these three powerful Goddesses on this loser is not for the weak hearted… and to everyone else this should serve as a vivid reminder as to why you should never mess with a Domme and her money! 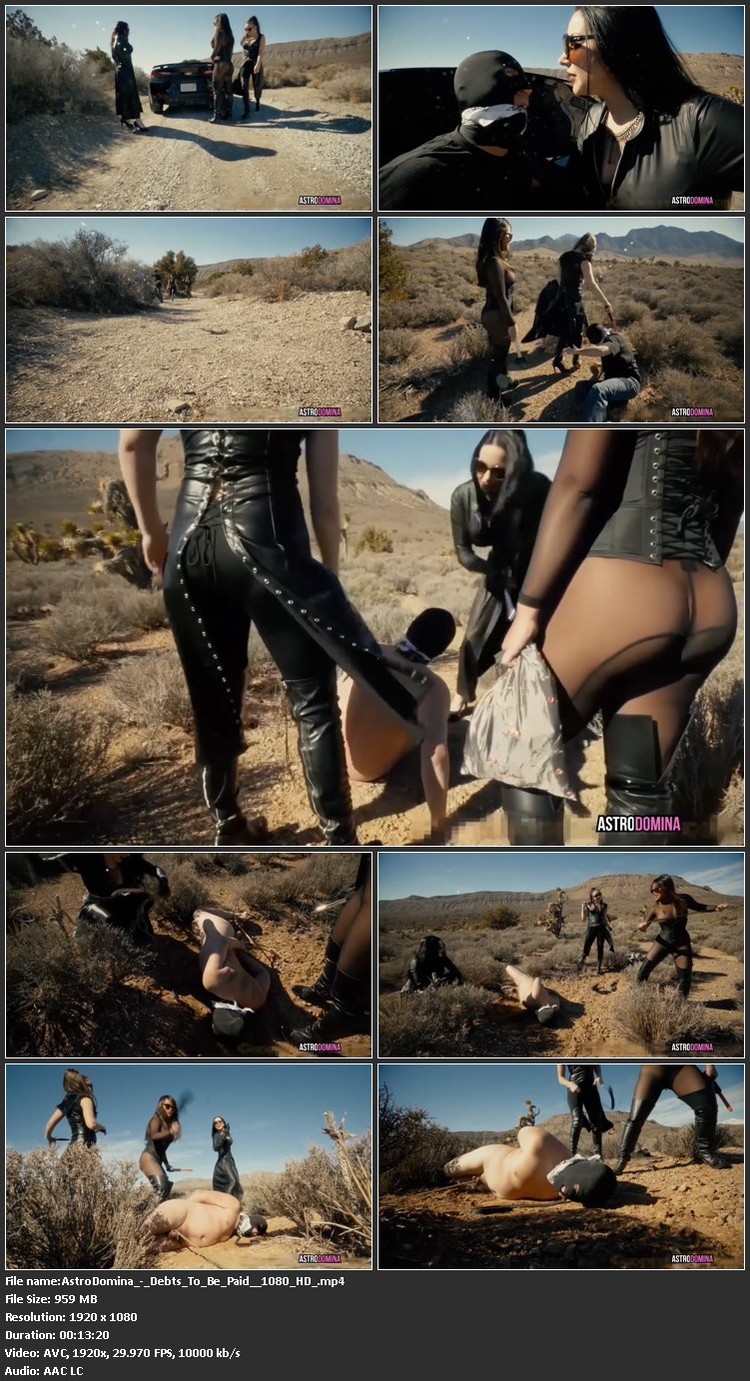