Amber shows Lexi a beta from the stockroom. He’s the last one. His name is Fluffy. Lexi gazes at Fluffy disapprovingly. She did want to get a beta today, but Fluffy is not exactly what she had in mind. Still, he’s the last one, so he’s the only option for Lexi if she wants a beta right now. Lexi asks Amber what Fluffy’s good for. Amber tells Lexi that he’s already in chastity and used to being beaten. He also is good for tributes. Lexi takes a look at his teeth and tests out a face slap. He barely flinches from the slap. A good sign. Fluffy earns $80,000 a year, can be pimped out, and does an ok job at housekeeping. Lexi is not sold on any of that. But then, Amber snaps her fingers and commands Fluffy to lick Miss Lexi’s shoes. Fluffy gets right to it and licks her dirty soles. Amber tells Lexi is that if she is stern, she will be able to get anything she wants from him. Also, he is good for taking frustrations out on. Amber demonstrates how Fluffy is so subjugated and docile that he will accept hard face slaps. Lexi pauses. Amber reminds Lexi that she will also get the key to Fluffy’s chastity as his new owner. Lexi thinks. Finally, she stands up and approaches Fluffy. ‘Ok, Fluffy. I own you.” Lexi says. Amber smiles. Lexi tells Fluffy that the first thing that she wants to do is go to the ATM and withdraw the maximum cash from her new beta’s account. Amber hands Lexi the key. Lexi grabs Fluffy’s key and leash and marches him straight to the ATM. 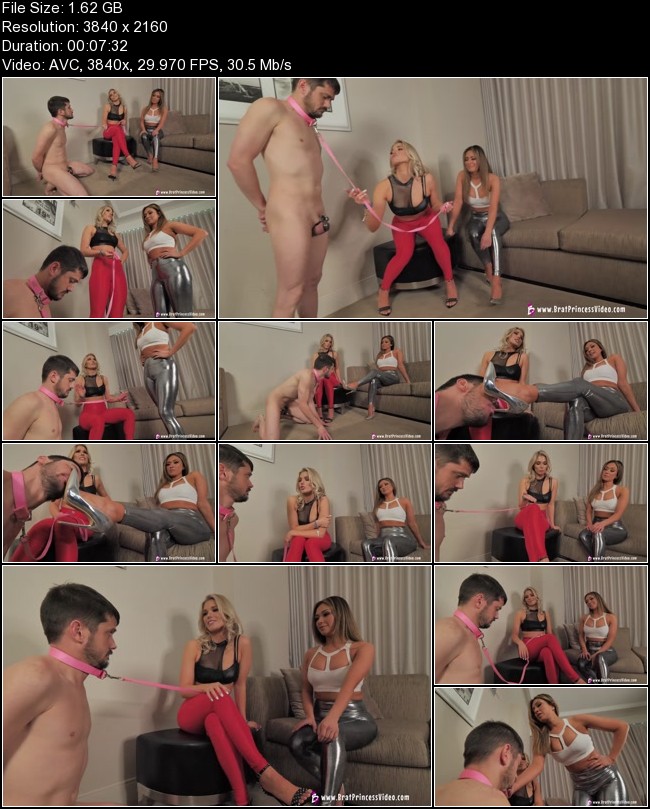