Nika makes her worthless goon oil her ass in front of her friend, Ashlynn. Nika tells Ashlynn how she has total control over the beta. Ashlynn wants the goon to oil her ass, too. The slave oils Ashlynn’s ass while the girls make fun of how stupid and pathetic he is. The slave is just happy to keep the pretty girls entertained. The girls laugh at the old fool’s chastity device. The beta begs to edge for the girls to entertain Nika’s friend. Nika unlocks him. They make the loser fetch the lube and start to stroke. The girls make fun of the fact the fool is twice Nika’s age. The fool has to stroke as Nika instructs. They love to see his humiliation. Nika tells Ashlynn the story of how she met her goon. They met on a sugardaddy website. The old fool thought that he would be in charge and get a sugarbaby with his money, but Nika turned the tables on him. He gets no sex and Nika still gets all the money. She and Ashlynn want to go to the mall after he edges for them. Nika will have him crawl behind them while they shop. Once the goon has reached the edge the girls lock him right back into chastity while laughing. 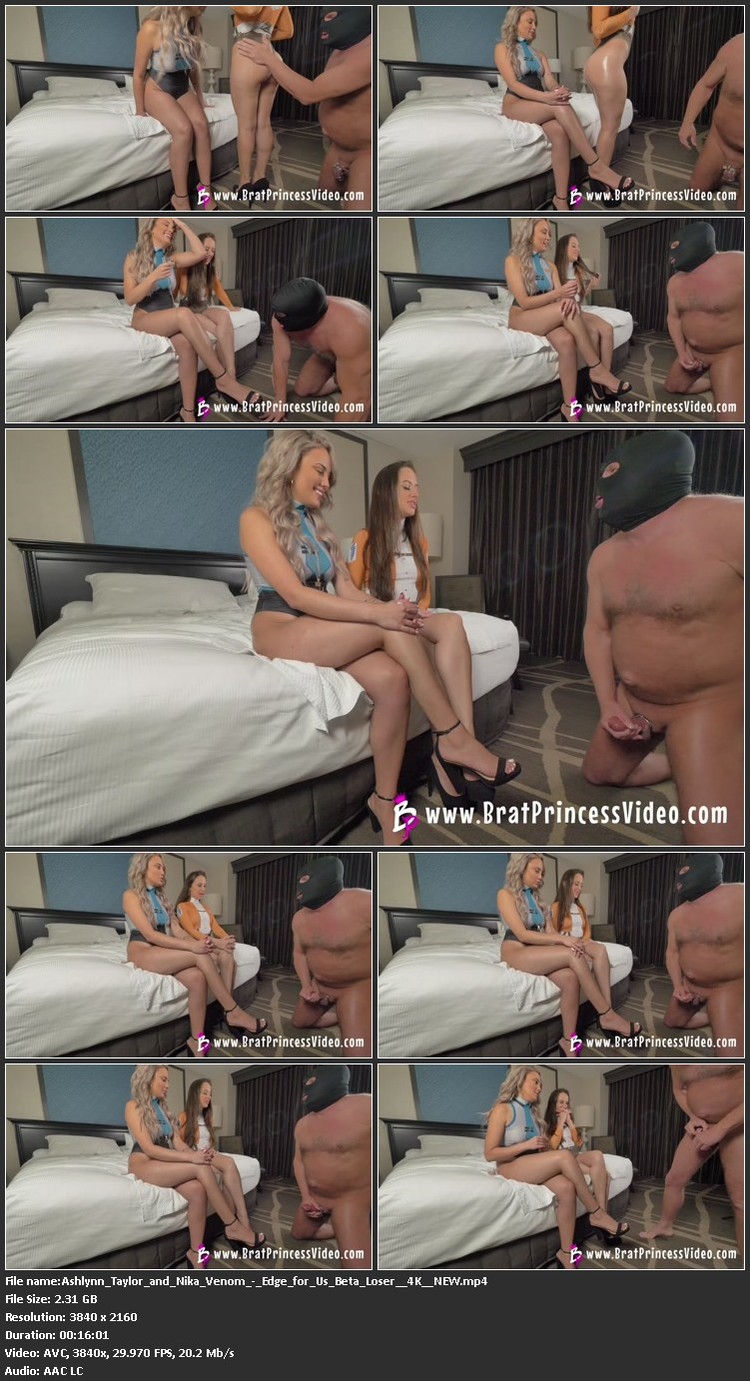