Lilah, Macy, and Natalya are getting ready to go to a Halloween party. Macy is wearing a sexy outfit covered in a print of hundred-dollar bills, Macy’s slave is dressed as an ATM, and Macy has decided that her boyfriend will be dressed as Tarzan. She reminds her slave that he will only be at the costume party to hand her money, nothing else. Natalya and Lilah will also be getting dressed up and going. Macy invites her girlfriends to also use her human ATM for whatever money they may need for libations or whatever. Macy teaches the other girls her PIN code. The PIN is this. A girl walks up to the ATM and says, “You’re a stupid idiot!” Then slaps the ATM in the face twice very hard. The ATM will then produce money for the girl. Each girl gets in line to get her cash from the ATM. The girls complain that they did not get enough cash. They go back and put in the PIN over and over for more and more cash. The ATM runs out of cash quickly. The girls demand that he go to the real ATM at the bank and fill up his reserves. If he runs out of money again, he will be slapped in the face repeatedly. After this warning, the ATM must kiss all the girl’s shoes. Happy Halloween!

Macy wants her beta cuck, Danni, to lick her asshole. Macy reminds Danni that she has the key to his chastity device. Macy really likes the way Danni licks her ass. He’s the best of all of her slaves for that particular task. If Danni does a good job today Macy might bring him out in public and allow him to pay for her dinner. Macy could enjoy ass worship all day. She is living her best life! 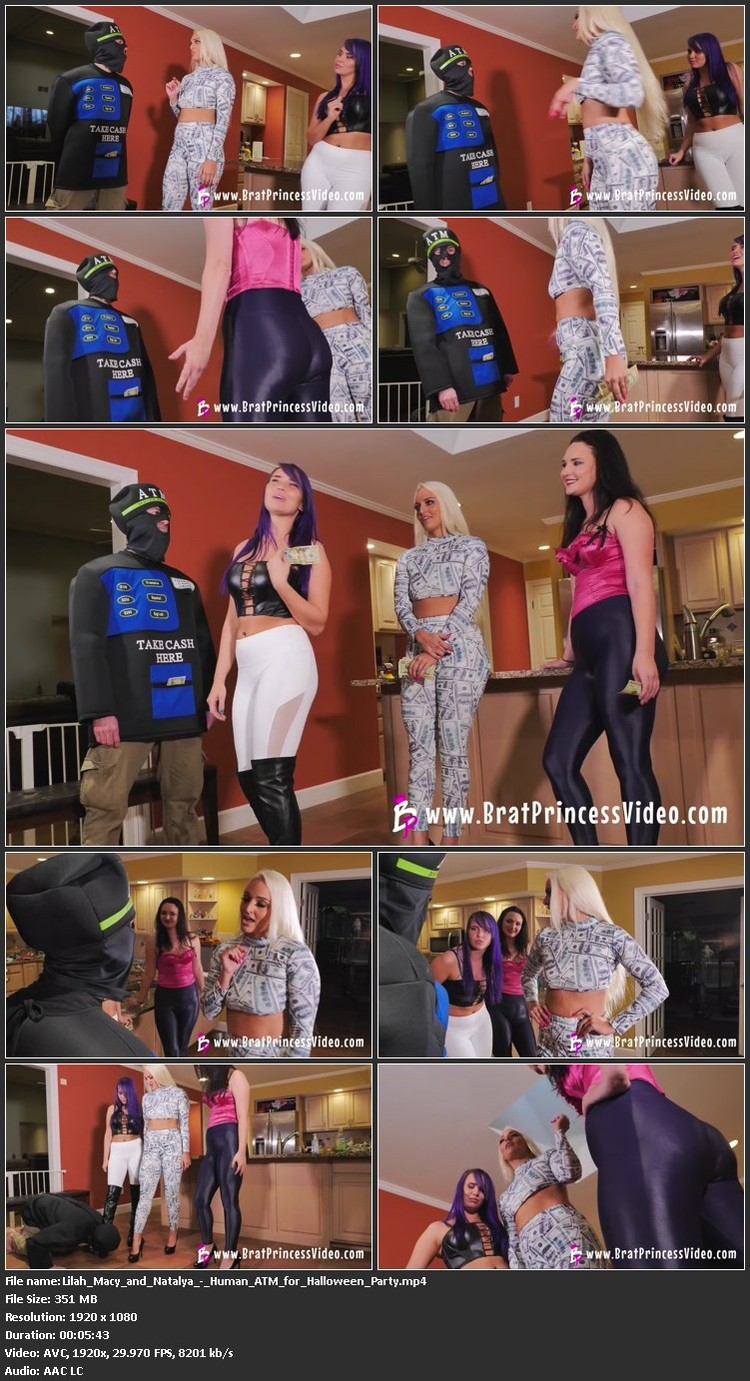