Brats, Ivory Soles, Kat Soles, Kaylee, and Goddess Platinum hate the school janitor, Mr. Higgins. He’s so stupid and fat! The girls decide to trick him into going into the basement. Once in the basement, they start to beat him up. The girls push him around and make the janitor strip out of his clothes. The girls kick the moron in his balls over and over while laughing. He cries out in pain. What an idiot! He’s too nice and too stupid to fight back. “Stop us!” They say while beating him. The moron does nothing but cry out in pain. The janitor falls to the ground and the girls kick him with their boots. The girls ride the janitor like a pony. They pummel him with their tiny fists. Then, they trample him. The girls tell him that they are going to beat him and do whatever they want to him or else they will tell people that he’s tried to touch them. They order him to come back to the basement every day after school so that they can take their anger out on him. The janitor hides his face and rolls around in agony. It doesn’t matter that he isn’t the pervert that the girls say he is. People will believe the girls and not the janitor. The girls make him stand and they fire paintballs at him. The janitor has no choice but to go along with the abuse. 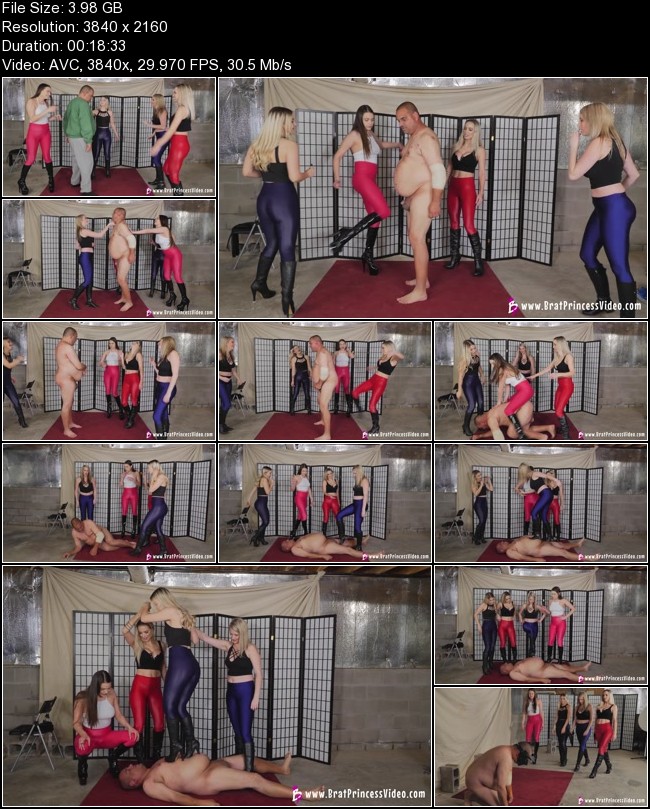