Amber, Lexi, and Sablique have Danni locked in chastity. Danni begs to be let out of the device. The girls tell him that they will let him out if he passes a test. Sablique straddles Danni’s face and squeezes his neck between her thighs. The test is that he must survive the scissorholds of all three ladies. Sablique shows the other girls how to do the hold. The girls giggle at how horrible it seems for Danni. Amber and Lexi can’t wait to play! Amber’s thighs are very strong. Danni cannot handle any of the girl’s strength. The girls love watching the weak boy suffer! Lexi sits on Danni’s face while Sablique gets him in the hold. Now he can’t even breathe! Amber and Sablique get Danni in a double hold. Danni tries to endure all the pain so that he can be unlocked, but ultimately the girls decide that he does not pass. All three girls put their full weight on Danni, and he is truly fucked. The girls nearly end the poor little guy’s pathetic life. The girls decide that they will keep Danni in chastity. They tease him by sitting on his face with their beautiful asses. Danni does not deserve to be let out of chastity! How does he not realize this yet? The girls make his chastity more and more uncomfortable by teasing him with their bodies. Danni looks like he wants to run away, but he won’t go far with the device locked around his penis and no hope of ever getting the key. 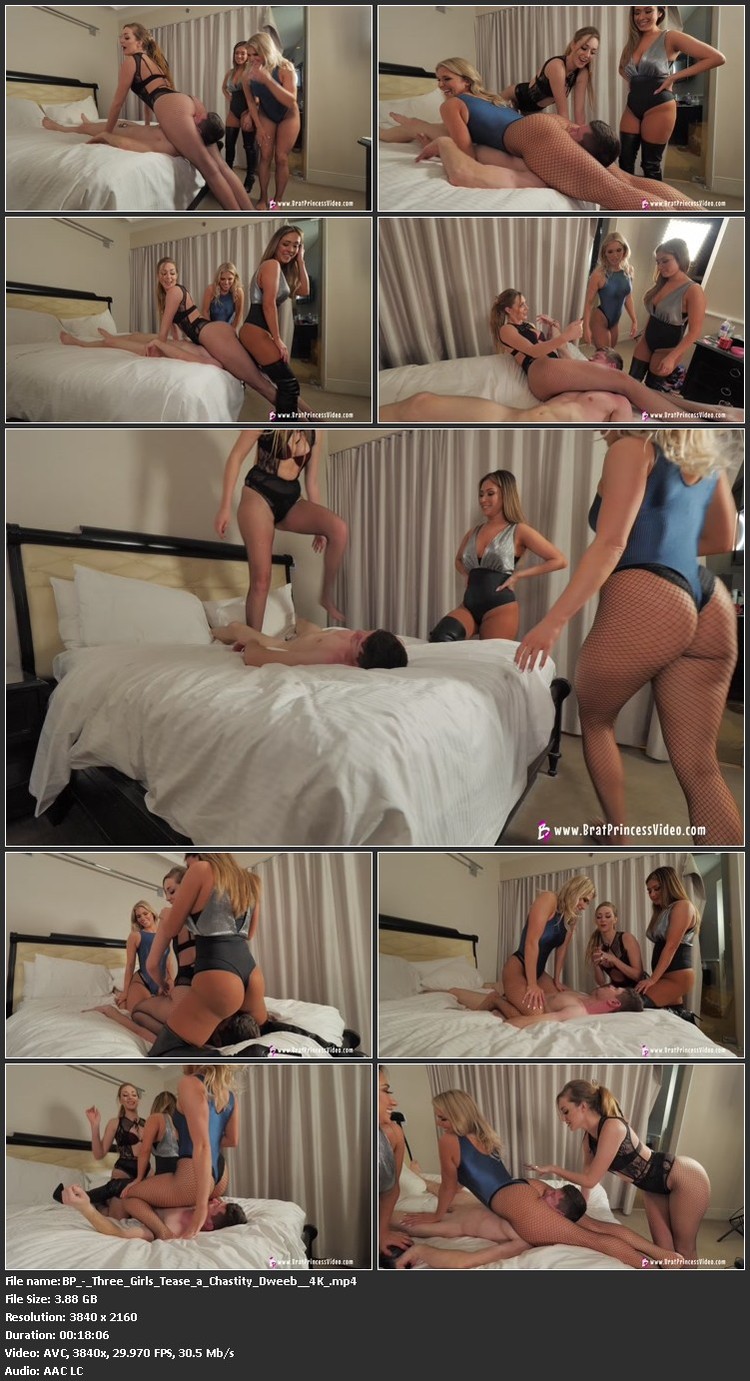