Macy and Danni have just had a nice first date. Macy loved the restaurant Danni took her to. Danni is happy that his beautiful date enjoyed the meal. Macy would like a second date with Danni, she has a few more restaurants on her list that she would like to try, but before they go out again Macy has something to tell Danni. It’s a little kinky secret. Macy loves having her feet kissed, licked, and sucked. She assures Danni that all of her past boyfriends have played with her feet. Macy tells Danni that kneeling in front of her will be the best position for him to give her the foot action she likes. Danni thinks that licking a foot is strange, but Macy insists that it turns her on. Of course, Danni wants to turn her on, so Danni goes ahead and tries kissing Macy’s foot. Danni feels weird, but Macy is the prettiest girl to ever go out on a date with him.

Macy is slowly grooming Danni to become her wallet, foot slave, and cuck, but poor Danni has no idea. Macy takes a few covert videos of Danni worshipping her feet and sends them to her “ex” boyfriend. After enjoying her expensive dinner and foot worship, Macy wants Danni to drive her over to her “ex” boyfriend’s house to collect a package that was “misdelivered.” Danni will be instructed to wait outside Macy’s “ex’s” house for as long as it takes for her to collect the “misdelivered” package. He’s becoming their cuck and is totally clueless! 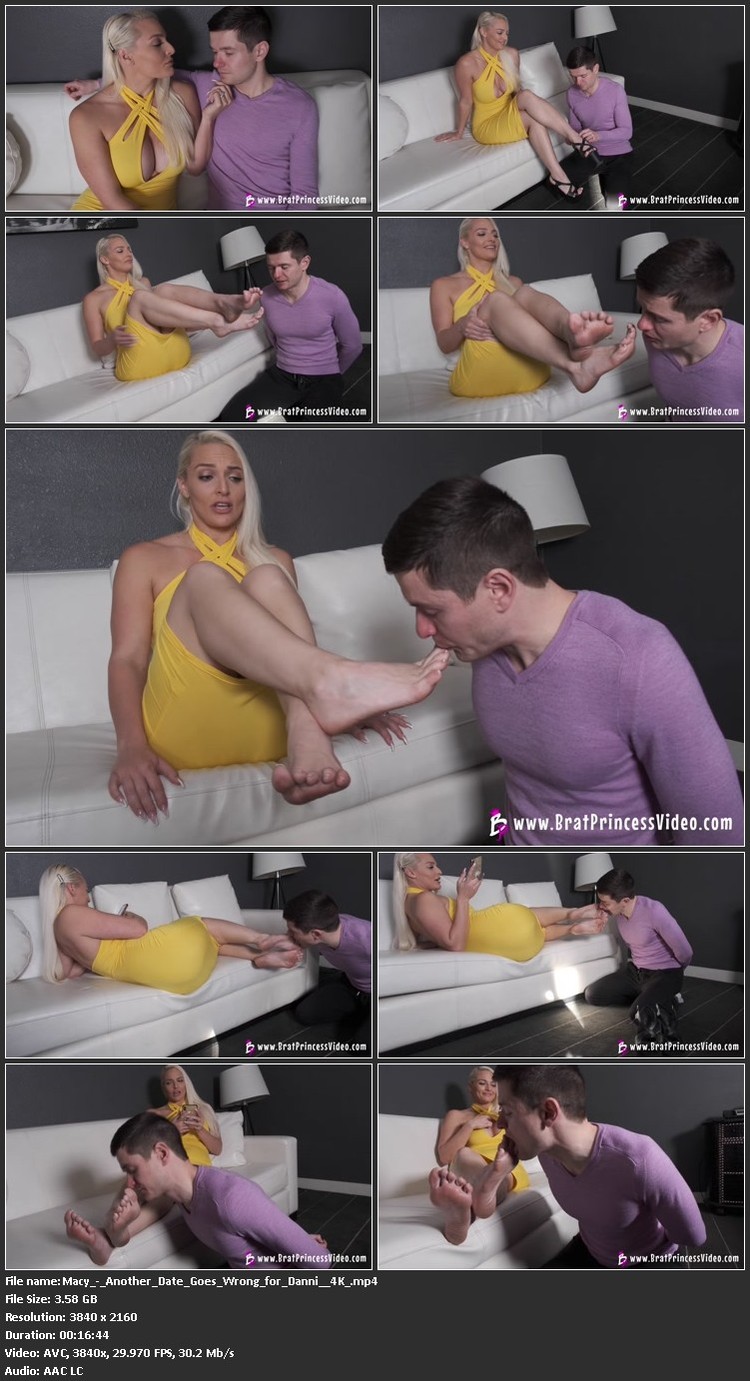