Macy has convinced danni that he is her ‘boyfriend.’ Danni does his best to keep his ‘girlfriend’ happy even though it sometimes feels like she is taking advantage of him. Macy texts while danni worships her feet, then Macy convinces danni to lick her asshole. That is as close as he is allowed to get to her pussy for now. Macy takes pictures and giggles while danni buries his face in her ass. She sends the pictures to her ‘ex-boyfriend,’ who is much bigger and stronger than danni, and they laugh at him together. Macy loves how danni will do whatever she asks. Danni complains to Macy that he thinks it’s weird that they still haven’t kissed yet. Aren’t boyfriends and girlfriends supposed to kiss? Macy explains to danni that kissing is overrated. Eventually, Macy will take danni to the country club and show him off to her girlfriends. She can’t wait to show them what a well-trained slave, err ‘boyfriend,’ danni is. Macy’s ‘ex-boyfriend’ texts to ask her if she can bring over a jacket that he left at her place. Macy asks danni if he will drive her to her ex-boyfriend’s house. Danni asks Macy why her ex-boyfriend was over. Macy tells him that he wasn’t. It’s something she found in the closet from when they lived together. That sounds reasonable to danni. Danni agrees to drive his ‘girlfriend’ over to her ex’s house and wait in the car while she returns his jacket. 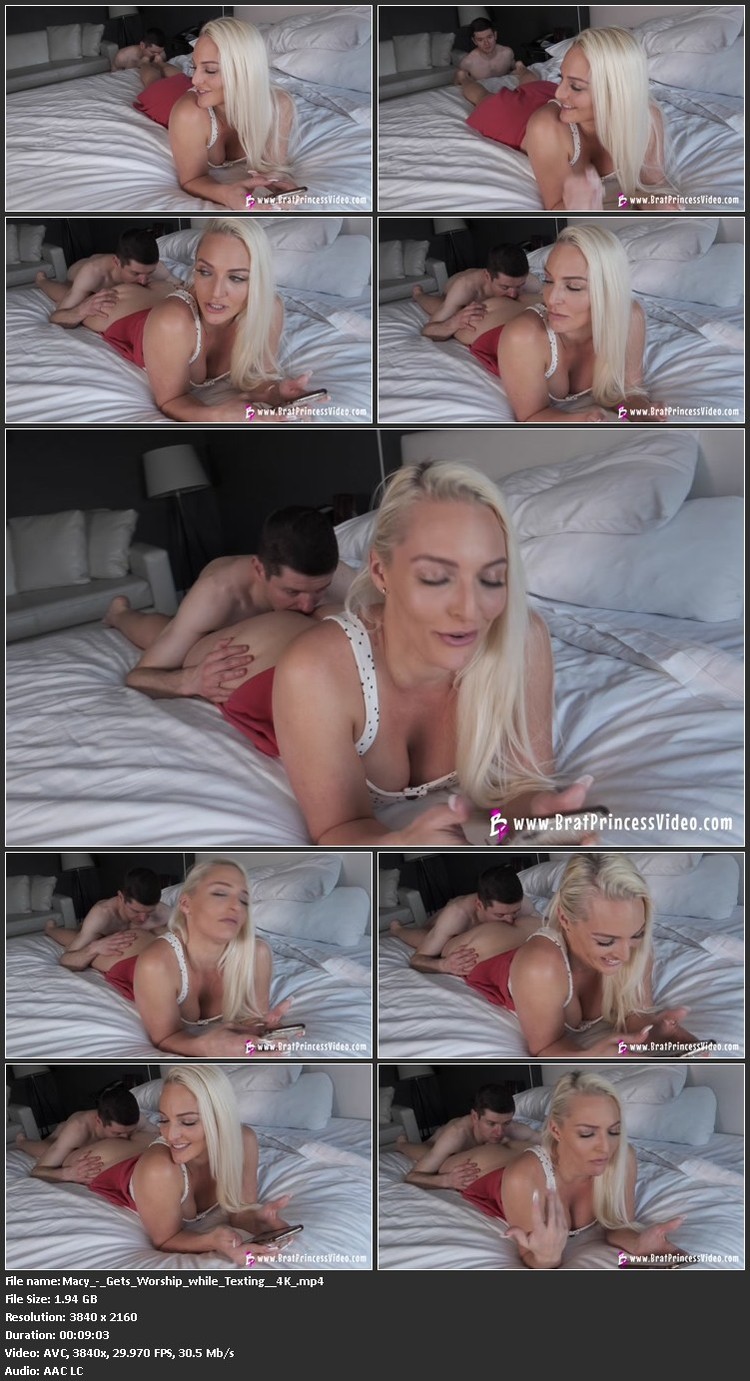