Nika’s sugar dummy was very good today when they went shopping. As a reward, she is going to sit on his face and use him while thinking about her boyfriend. Sugar daddies can be so dumb. A lot of the time they will go into an arrangement thinking that they can use their sugar bb for sex if they spend enough money on her. But not Nika! With Nika, it’s the other way around! She will use her sugar dummy for his money and then use his face to get herself off! Leaving him in chastity the whole time! Old sugar dummies better watch out for Alpha brats. A true Alpha brat will just take and take from an old man and laugh at his frustration. A sugar dummy will come out of this sort of arrangement with an empty wallet and swollen full balls. Nika takes some humiliating pictures of her sugar dummy to send to her hot boyfriend. Nika gets very turned on thinking about how she can cum and the sugar dummy, who she’s locked in chastity, can’t. She grinds herself to an orgasm on the sugar dummy’s face. She loves how she, as a hot young brat, has complete control over the pathetic old man. 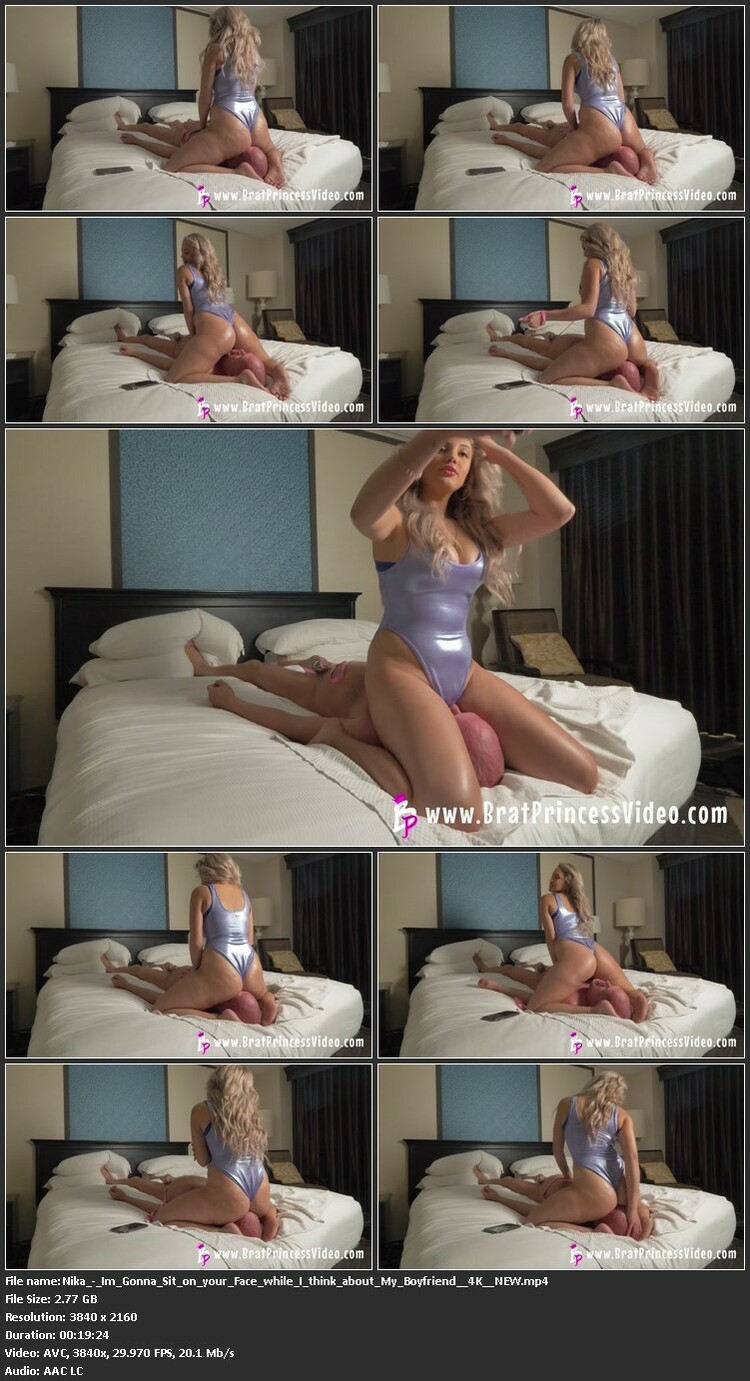