The beautiful, Sablique von Lux, has danni locked up in chastity. She’s had him locked for several months and she feels it’s time for danni to demonstrate how committed to her he truly is. All this time danni has been tributing Sablique half from each paycheck, but Sablique wants it all. The whole paycheck. Danni refuses. Sablique tells danni that if he does not agree to her demands, she will not unlock him ever. Danni throws a tantrum. He does everything for his Princess! Where does it end?! He was really looking forward to being able to jerk off into the toilet at the end of the month and now these new demands from his Princess are really messing things up for him. Sablique does not tolerate his backtalk. She makes the beta male kneel and kiss her ass. Danni continues to fret about where he will live and what he will eat once he’s penniless. Sablique is very indifferent to his anxieties and continues to seduce him with her voice and body. She wants danni to go into debt for her. It’s time. Sablique gives danni a mantra to recite. Danni is to recite the manta every day to remind himself he must go into debt to serve his Goddess. Sablique wants to sit back and enjoy some foot worship. She continues to urge danni to go into debt for her while he worships her feet. Danni tries to strike a deal with his Keyholder and offers her seventy-five percent. Sablique scoffs. The nerve of this little beta! Sablique is so displeased she demands that danni take out a loan or she will swallow his key. She wants double the amount of his paycheck each week with the extra money coming from an usurious lender. The payday loan company is run by Sablique’s girlfriend, so of course, the interest will be irreparable. Both women stand to make quite a nice sum from sending little beta danni into the deepest, darkest, debt spiral. The women will eventually flee together. Of course, Sablique will take danni’s keys with them, and leave him desperately locked and rotting in a hole of debt in the United States. 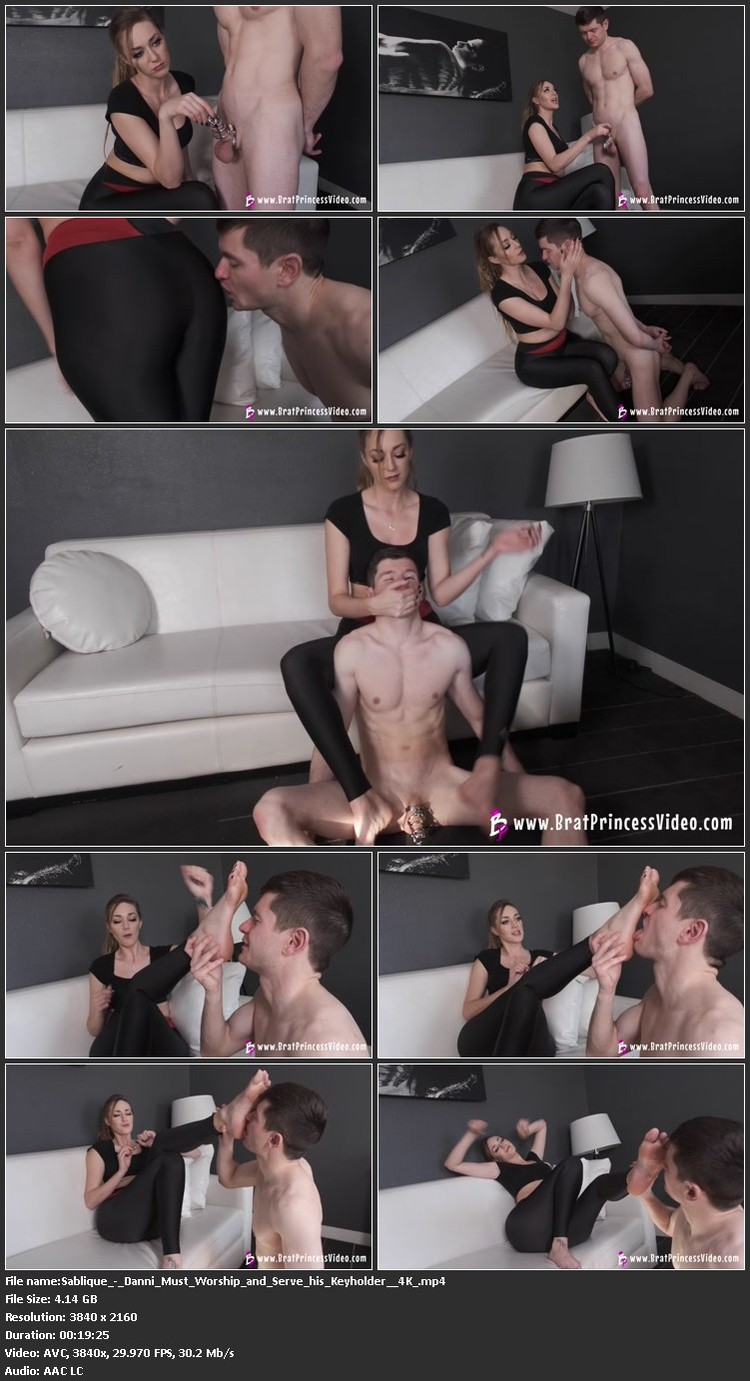