Sadie is so excited to get her present from her cuck, Marcelo! She saw the earrings in a magazine, and she knew that she just had to have them. Her cuck places the gift into her outstretched hand. Sadie loves the earrings in gold! “Now where’s the silver?” She asks. Marcelo tells the Princess that he could not afford the set in both gold and silver. Sadie is upset. She wanted both! Marcelo agrees to save more money and go back to the store and get the silver pair.

Sadie tells the cuck that she will let him fuck her for five minutes since he has agreed to get both pairs. She unlocks the cuck’s chastity. Sadie calls her girlfriend and tells her all about the jewelry she just got while her cuck tries to get an erection to fuck her. Sadie reminds the cuck that it only has three minutes remaining on the clock. The cuck starts fucking Sadie. Sadie asks the cuck if he’s inside her. The cuck replies that he is. Sadie can’t even feel him he’s so small! Sadie ignores the cuck fucking her while she gabs with her best girlfriend. Sadie tells her girlfriend that she can’t wait to get fucked by a real man. The timer goes off. Marcelo has not had an orgasm. Sadie tells him that a deal’s a deal. The deal was not that he gets to have an orgasm. It was that he could fuck her for five minutes and now that time is up.

Sadie admires herself in her new earrings while her cuck re-locks itself into chastity. Sadie makes the cuck in chastity worship her pussy while she thinks about the silver earrings that she’s going to get. Sadie relaxes while her locked cuck works on giving her an orgasm. “I feel so spoiled.” Sadie purrs. 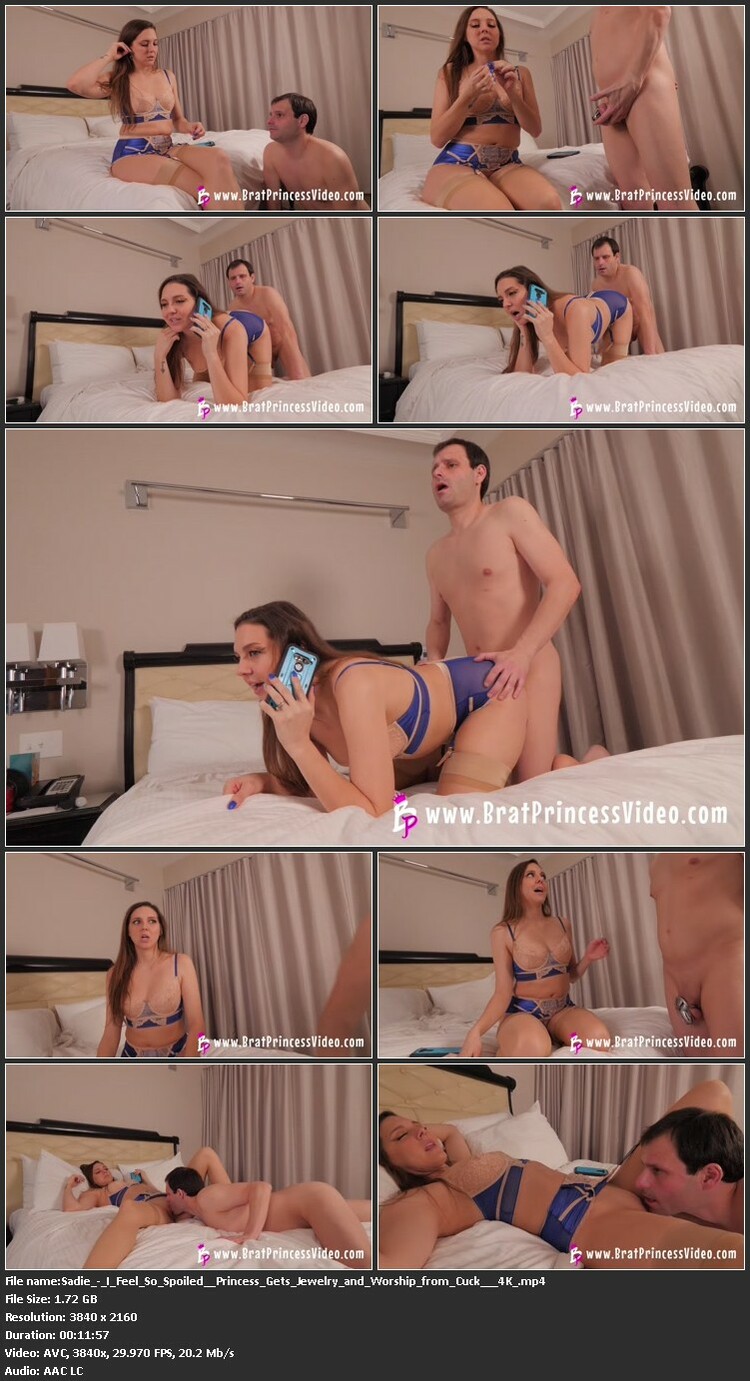