Sadie calls her cuck into the living room to give him a list of things to do. She has a lot of cleaning tasks for her beta. The beta gets sullen and begs to get out of chastity. It’s been a really long time since he’s had an orgasm. Sadie becomes enraged with the cuck. He wants an orgasm?! Seriously, Sadie has a very long list of things he needs to do, and wasting time on his orgasm is not one of them! Sadie punishes her cuck by insisting he stay in chastity even longer. Even though the cuck won’t be having orgasms anytime soon Sadie wants one right now. She has her locked cuck lick her pussy. Sadie uses his mouth until she has her orgasm. Before she dismisses her cuck Sadie tells him that he will be going on a fast to conserve more money for her spending. Then, she requires the cuck to worship her asshole. For the next week, all the cuck will be allowed to eat are her ass and pussy. 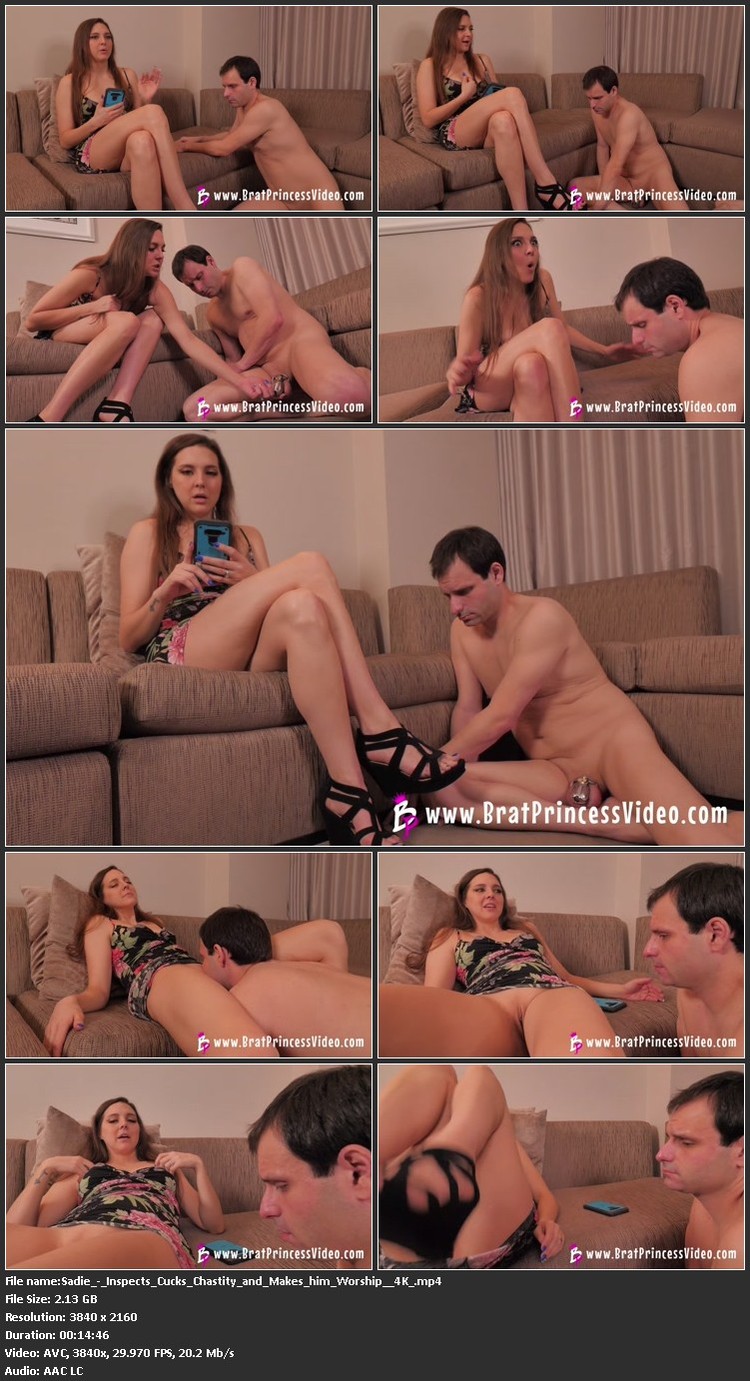