Jason comes in to surprise his girlfriend Natasha for Valentines day with a teddy bear! Only problem is he’s very late and she has her own surprise for him! He’s such a loser and she’s already moved on and set up a date with a hot guy tonight. He’s almost in tears as she grabs the teddy bear from him and stomps on it in front of him. She tells him she’s done with him an has a real man taking her out tonight instead. She begs her to keep him in her life and upon thinking on it, she decides the only way she will keep him around is as her personal foot slave. He’s shocked but soon bows to her wishes as she demands he takes off her shoes and starts licking all the dirt and toejam from her bare soles & toes. Almost in tera he starts licking away at her sweaty soles as she looks on with disdain. Soon her new man calls and she then informs her slave he’ll also be sucking her new man’s cock tonight so he better get some practice gagging on her foot. The humiliation gets worse and worse for him and this Valentines Day soon turns into the worst day of his life! 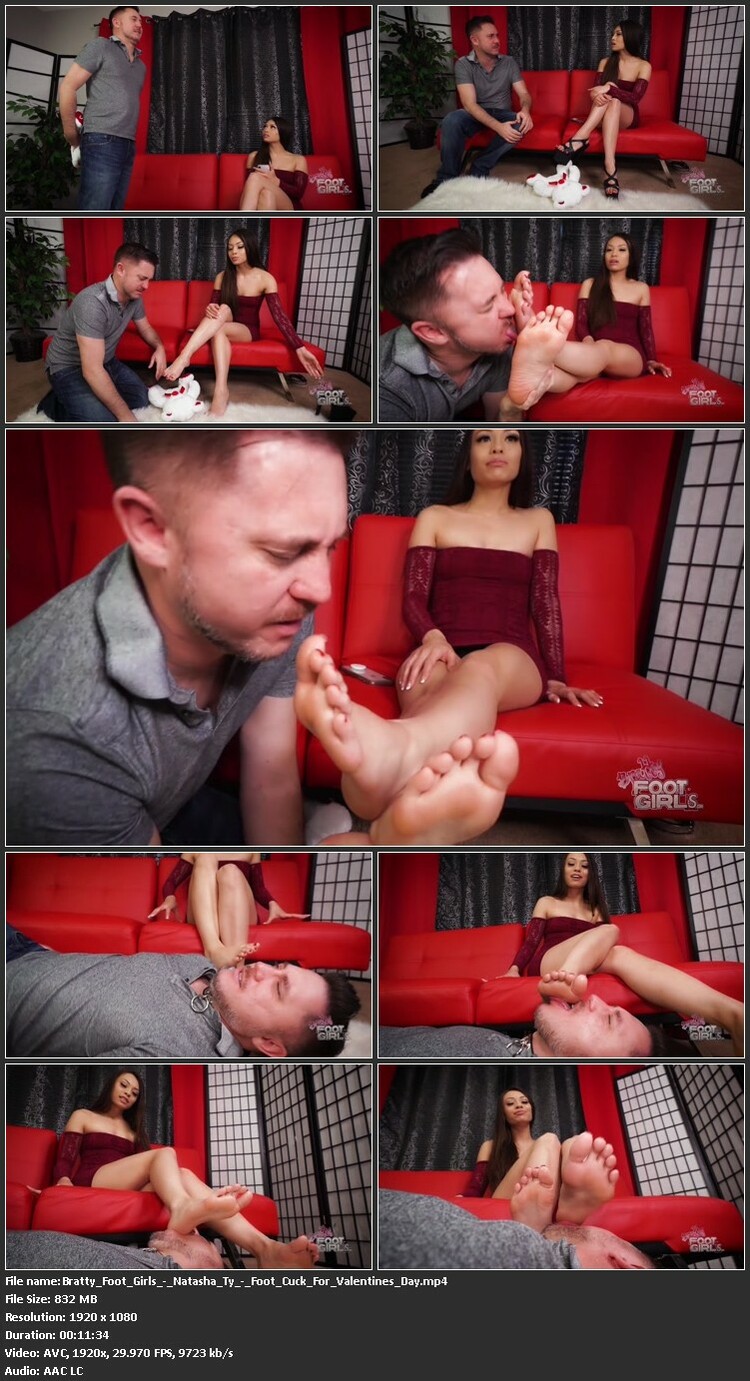