Be careful who you borrow money from, there’s some real life psychos out there that will fuck you up if you don’t pay them on time. This losers fallen behind on his payments so they’ve sent Sophia to collect, she starts by holding a knife to his throat, she could easily end him there but where’s the fun it that, instead she decides to beat the fuck outta him, specifically his balls. The kicks come hard and fast, he needs to be taught a lesson and kicking his balls is the best way to teach it. Eventually he agrees to get the money in a hour but it’s too late, Sophia’s having way too much fun destroying his nuts, I don’t think she even cares about the money, seeing him cry out in pain every time she slams her foot and knee into his bollocks is priceless, even more so when she floors him and stamps and grinds on his defeated package. Sophia’s good at what she does, maybe even the best, hope and pray they never send her for you if you fall behind on your payments! 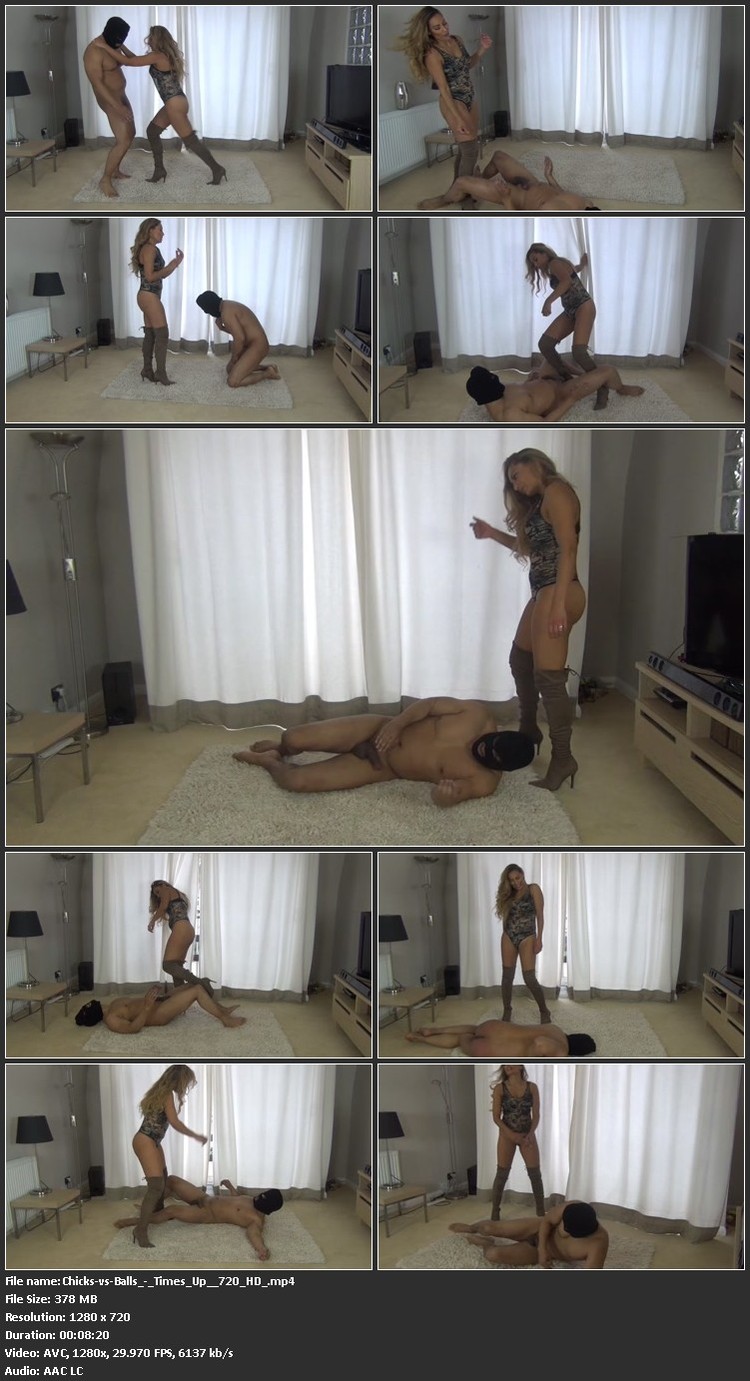