Miss Madison starts by tormenting her slave with her camel toe but reminds him he’s not good enough for her pussy. “I know what you will like, though” she tells him, turning around to reveal her plump ass covered in her PVC pants. She tells him to crawl in and sniff it and says “You don’t know where this ass has been, for all you know my boyfriend just fucked me.” She asks if he wants her to pull down her pants and he starts to beg. “Kiss my new stilettos while I think about it” she tells him. She then slips down her pants and calls him back up to her ass, talking about how her boyfriend loves getting her on all fours and fucking her ass. “Imagine how hard his cock gets when he sees this ass” she says and then asks the slave if he can taste her mans cum on her ass.

She then pushes the slave back so you can get a nice close up view of her ass and asshole. Her ass looks amazing from hard work and you can even see a scab where she scrapped her butt on the floor doing yoga or weights. Give that a kiss better, why don’t you! “I want everyone longing for my ass and to be jealous” she tells her slave before calling him back in. “As useless as you are I guess you’re good for something, you are a good ass licker” she tells him. She tells him to show the final video to his family, so they can be proud he’s finally good at something. Finally she tells him to lay on the floor as she has to take a schl1t. She sits on his face for a bit of deep rimming and then tells him to open his mouth nice and wide. “He is hungry” she says. 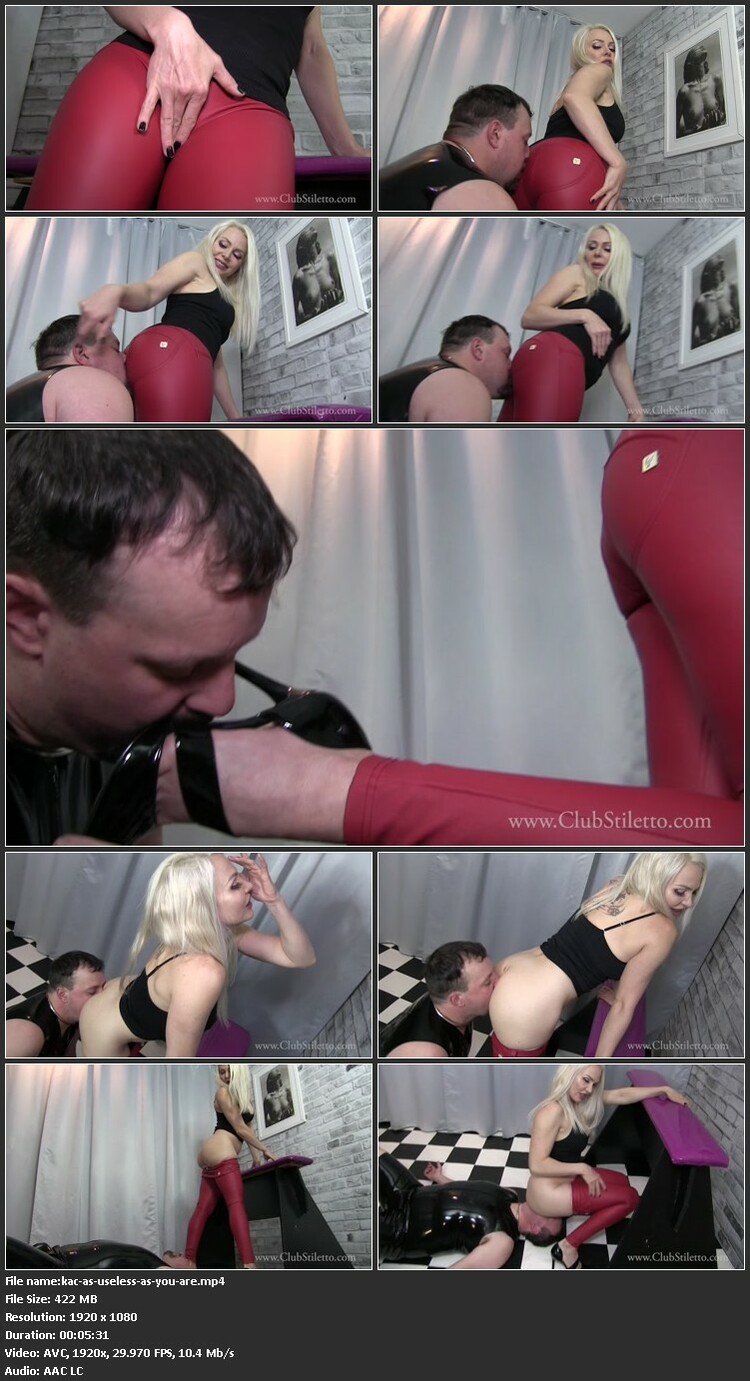