Toilet Slavery Sexy BBW Lady Katy walks out of the bathroom into the hallway where her faithful slave is bound to the Bannister where she will use his tongue as her toilet paper. She steps over him and plants her huge ass in his face and tells him to start licking. “Clean me up, it’s so messy today” she tells him. She says she ate a lot of Mexican food last night and tells him to let her know how much he loves it. Some nice angles in the mirror so you see her ass from two directions at once. After some serious licking she tells the slave to move back so she can spread her ass cheeks for you to inspect. Then she tells him to rim her some more as she shifts back slamming her ass into his face.”Why don’t I let you out of these cuffs” she says, then tells him to lay on the floor so she can sit on his face. She sits full weight and soon he is kicking for air but keeps licking as you see his head moving back and forth. Next she lays on her stomach so he can kneel and lick her from behind. Great angles of her massive ass. The slave kisses her hole, licks up and down her crack and then drills her hole with his tongue. She tells him to move back and she delivers a short fart in his face before telling him to resume. “That tongue has loosened me up” she says, telling him to get his lips wrapped tightly around her hole. 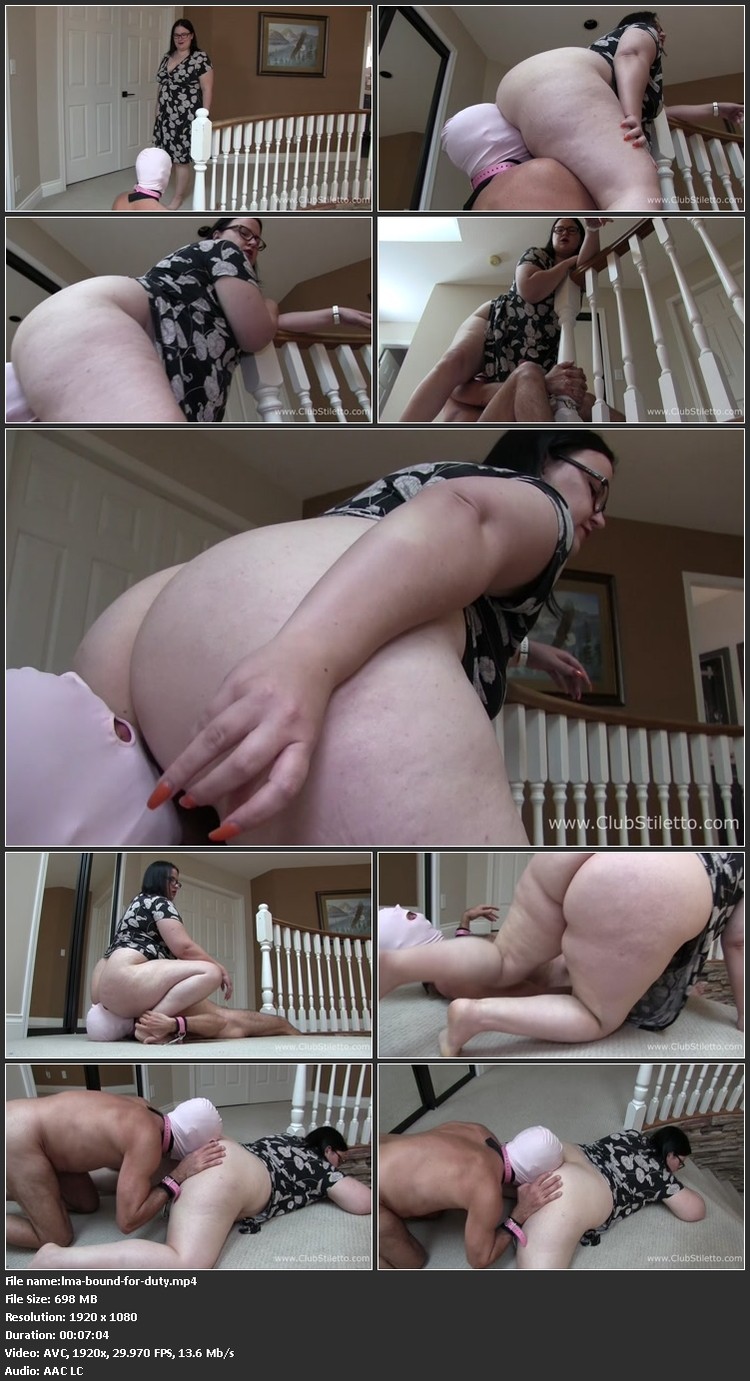