Mistress Kandy loves making her slave struggle to please her. In this scene she begins by sitting on his face and without delay pushes him to the limit until he starts to kick for air. She ignores his predicament though and when she does eventually let him breath it’s only for a half second. She has fun testing him this way but eventually decides she wants her ass licked more than she wants to be amused. She tells him to get his tongue in her ass and to encourage him she starts stroking his cock. Soon the slave is hard as a rock but she tells him he can not cum. Kandy then rolls off the slave and onto her side so you can now see clearly her asshole as the slave eagerly eats it.

Kandy then tells him that his duties to her ass have just begun, she plans to use him as toilet slave. She pushes the slave back and spreads her ass cheeks wide so you get a great up close view of her perfectly pleated asshole. As Kandy stretches out her legs, she now uses her feet to stroke the slaves cock. She suddenly gets very vocal tells the slave he is nothing but a filthy toilet and tells him to wrap his lips around her asshole. 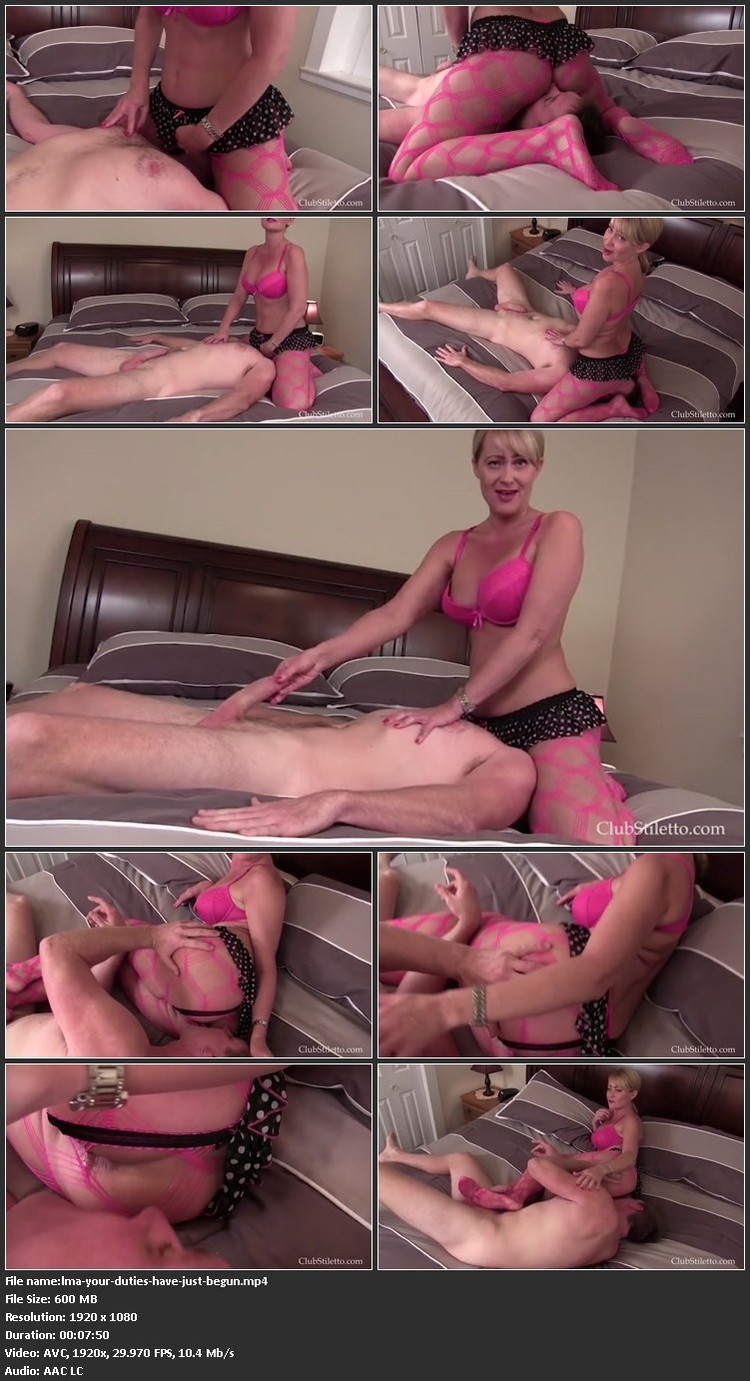