A patient waits patiently in the Doctors office anxious having to explain why he is there. When she comes in she tells him to explain his problem. He decides just to come out with it and explains he’s been in chastity for 6 months and his balls are sore. “I haven’t had an orgasm in 6 months and I don’t think things work down there anymore” he explains. She tells him to lay down and she will have a look. She touches his balls and says they don’t appear to be swollen. She starts to poke them and squeeze them which makes him moan. She asks why he was in chastity and he says his Mistress put him in chastity. “I see, so you’re a bit kinky” she says and he admits he is. “Are my big tits and latex turning you on?” she asks him. When he admits they are she starts to slap his balls and tells him he will have to keep their activities a secret as she would hate to lose her license. He promises not to tell anyone and she then starts to slap, squeeze and pull on his balls. 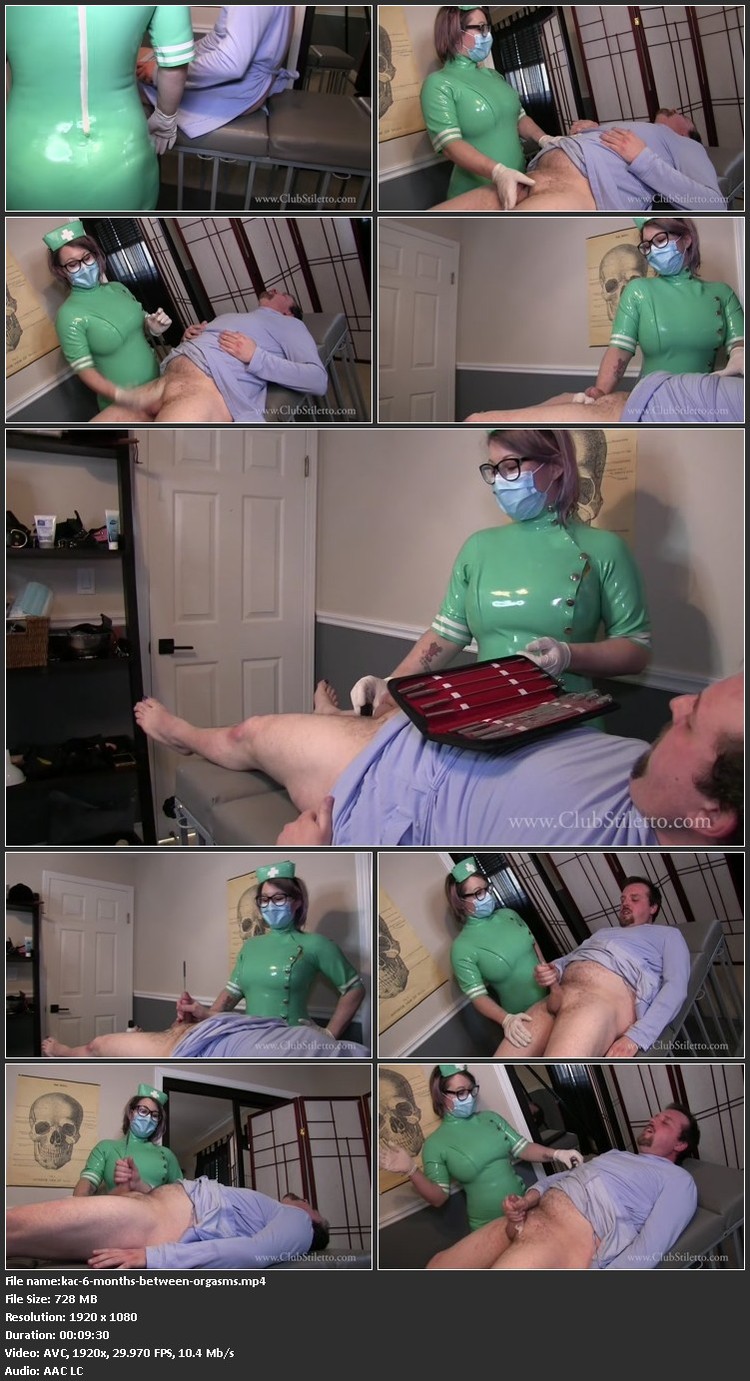