Lady Bellatrix has her slave on his knees and she asks him if he wants to lick her ass. He says he does of course but first she says he has to beg to worship her boots. The boots have been out on the town so who knows what’s on them but if the slave wants to lick her ass he had better get the boots spotless. “Whatever I tell you to lick, you love the taste of” she tells him. “If I tell you to lick my crusty asshole clean, you’ll love the taste of that too” she adds. Bellatrix shifts on her back and spreads her legs giving the slave a peak of her panties and her pussy lips slightly peaking out. She orders the slave to move his mouth from the heel to the surface of the boots and tells him to go up and down each one but to not touch her flesh at the top. Bellatrix calls the slave stupid and boring and says his mouth should always be shut unless he’s licking something. The Lady rubs her pussy to titillate the slave and tells him to oink like a pig. She laughs when he does and says she knows he’s hungry to rim her sweet little bullseye.

Satisfied with the boots she gets up on all fours and shakes her ass in the slaves face. “Beg for it” she tells him and when he does she lets him get his face between her cheeks and then thrusts her butt into his face. While he sniffs her she calls him a pig and makes him oink some more. She tells him when she puts him back in the barn with the other pig slaves they will smell her ass on his face and all want to lick it. “Disgusting.” 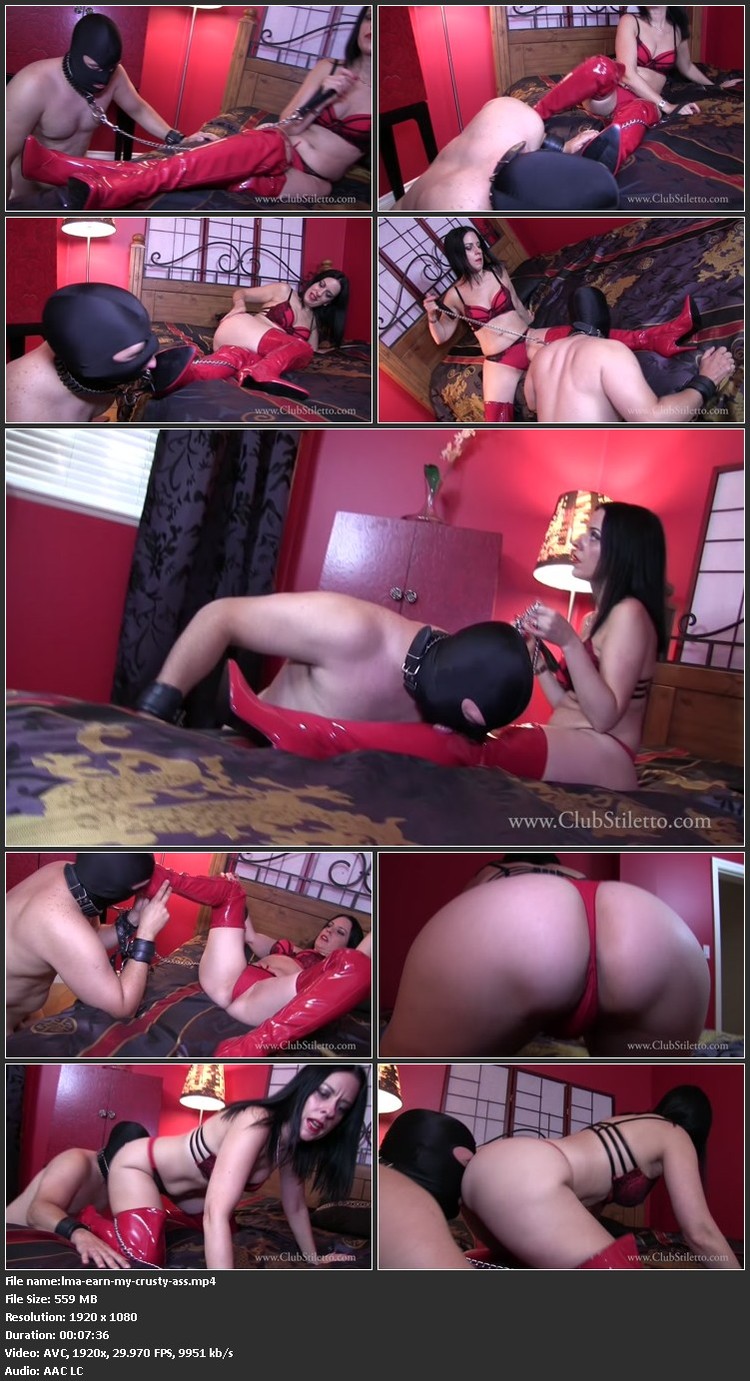