Lady Bellatrix relaxes on her easy chair on a bright sunny day, as she talks about the struggle to find adequate slaves to keep her mansion pristine. “You don’t need much mental power to clean, but it’s a struggle nonetheless,” she says, as she snaps her fingers to summon her latest bitch. He crawls in naked, wearing only a maid’s cap and carrying a duster in his mouth. She points out the dusty TV stand and immediately puts him to work. He gets busy, using the duster held in his mouth, while Bellatrix looks over his shoulder. “This should be dusted at least twice a day,” she tells him, and adds that if he proves worthy, she’ll let him keep the cap for his exclusive use.

She says she finds the TV to be a little on the small side and gives him 48 hours to buy her a bigger one. The slave is clearly nervous and tries to please the demanding Bellatrix, so he’s horrified when she finds a bit of dust on top of the TV. She sends him to the table where he’s told to exchange the duster for the black crop. He fumbles and bumbles and Bellatrix is soon completely annoyed with him. She decides he needs the cane so he’s sent to the table to fetch that instead. The slave is ordered to bend over the chair with his ass exposed. “Try to look like a ballerina,” Bellatrix says, with a chuckle. She makes him bark as she flogs his ass, and the final stroke makes him jump completely off his feet. Bellatrix leans over him and says to the camera, “These bitches usually fail but I do have fun along the way.” 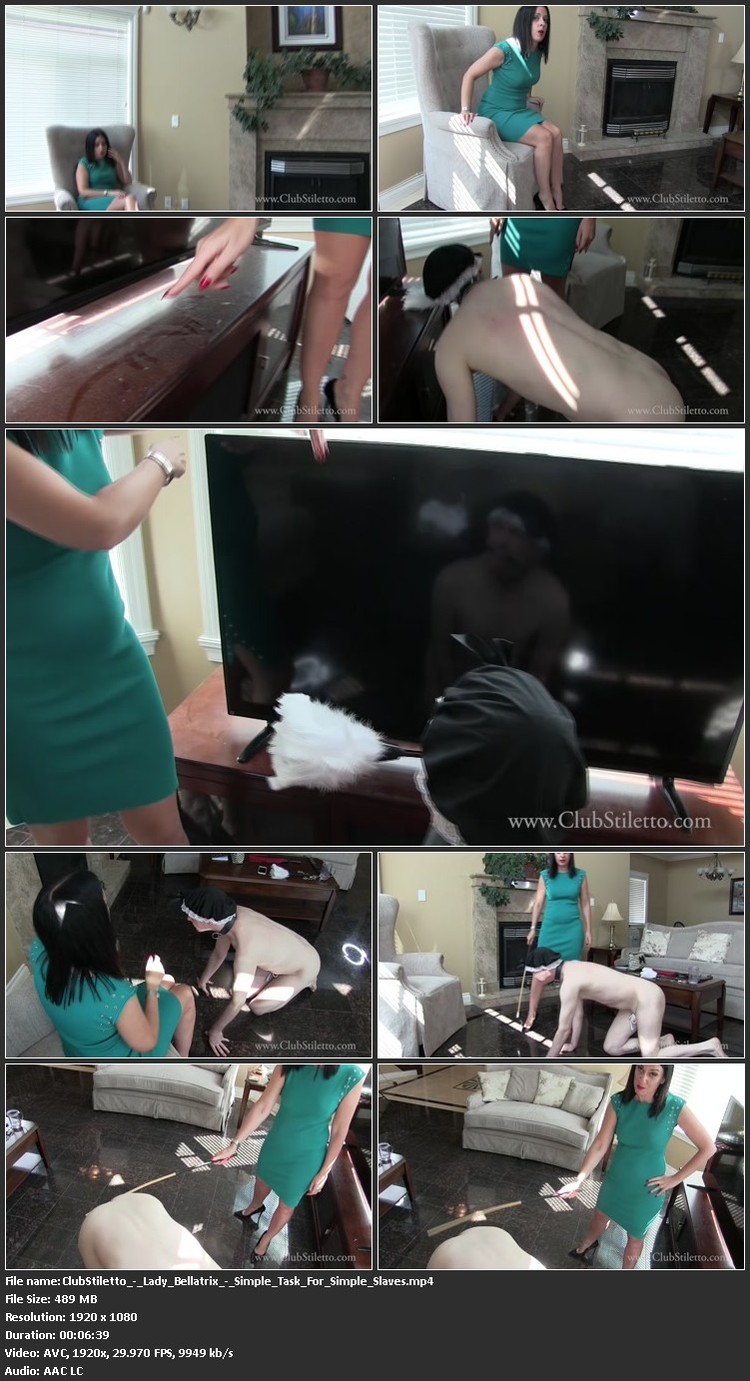