Miss Jasmine, looking divine in black stockings and garter, has her dirty pig on the floor licking her soles and sucking her heels. “Oink for me” she says, and then laughs with delight as he does. Jasmine explains that after this employee has put in his 8 hours in the warehouse she calls him in to make use of him in other ways. She stands up, steps over him and sits down on his face. His nose jams right into her pussy as she lays back. “What pig wouldn’t want to be here” she says as he starts to kick for air. She makes him oink again and says she will only let him breath again if he oinks. As she gets up he lets out a big pig snort.

She moves into a forward position now, covering his face and then rocks forward and back as he snorts every time she moves forward. “He’s trying hard to be pig of the month” she says. “He wants his portrait on the all like all the other pigs” she adds. Note she has this employee in chastity as well, she doesn’t like the thought he might be touching himself away from work so she worked out a deal with his wife to hold the key, explaining that he would work harder as a result and insure he doesn’t get fired, maybe even bring home more money. She might fire him on a whim anyway but that’s another story. Jasmine stays on her pigs face and stretches his limits before letting him breath. When she finally gets up she looks at you and says “Don’t you wish you worked for me?” 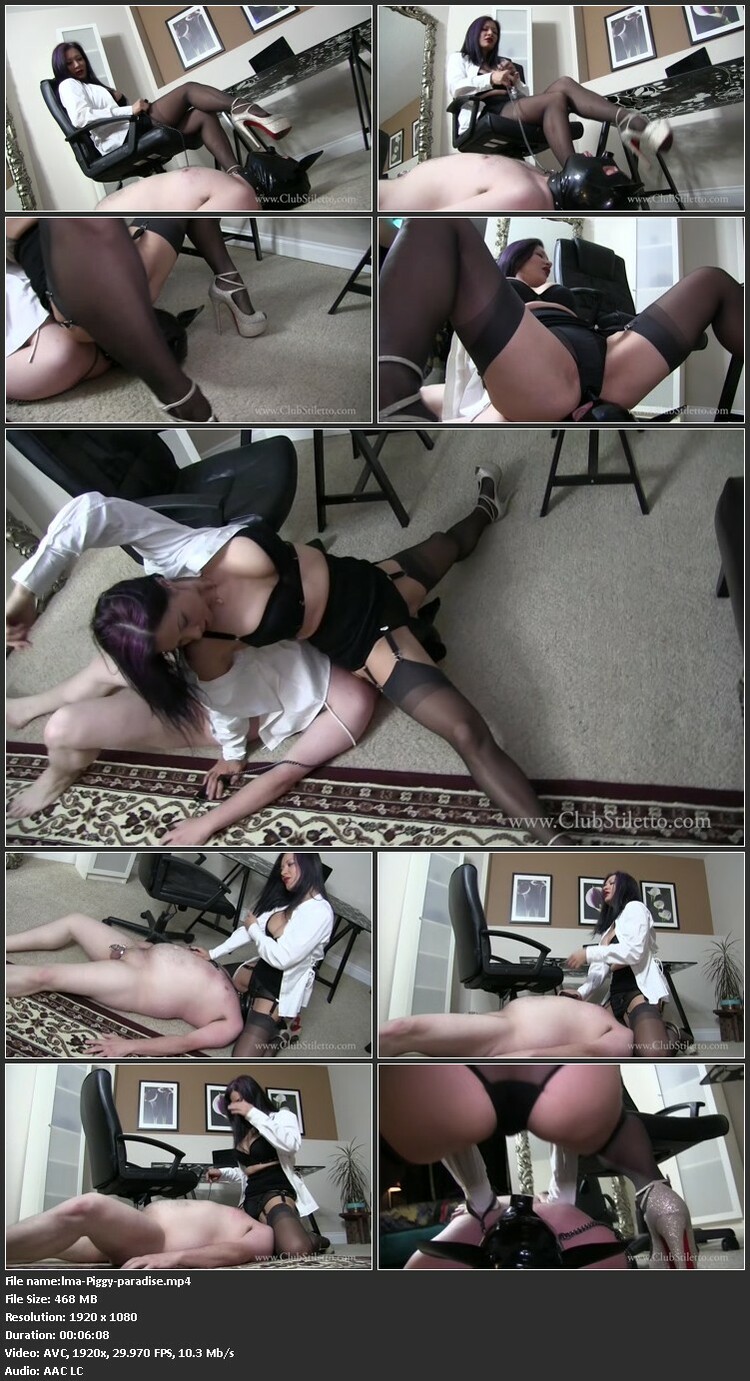