Blue Kate and Megan are going together to the gym twice a week but one day every week there is this guy who thinks that he owns the place or something. He’s always in the way, everything takes him very long and he’s not willing to move even a bit and let the girls exercise. Here’s here again today and the girls are trying to convince him to let them exercise too now, when he spent here like 30 minutes on one place. They’re not so nice either by now but he’s worse. It looks like he needs some lesson on polite behavior. Megan takes her shoe off and puts it close to his face while his eyes are closed and when he notices what’s going on he’s pissed. But the girls are just laughing and then Kate puts her foot with that smelly and sweaty sock on right above his face. He’s disgusted but he’s also still more and more bitchy, until the girls have enough. It’s really time to teach him a lesson now! They put him in scissorhold and choke him while the other on is pressing her feet on his face smothering him with her smelly feet and they’re both laughing at him. And this is just the beginning. He’ll have to smell and kiss their feet, socks and gym sneakers and endure all the sweat too before they will let him go. That is if he doesn’t pass out from the choking or possibly from the foot smother. What a humiliation awaits him… 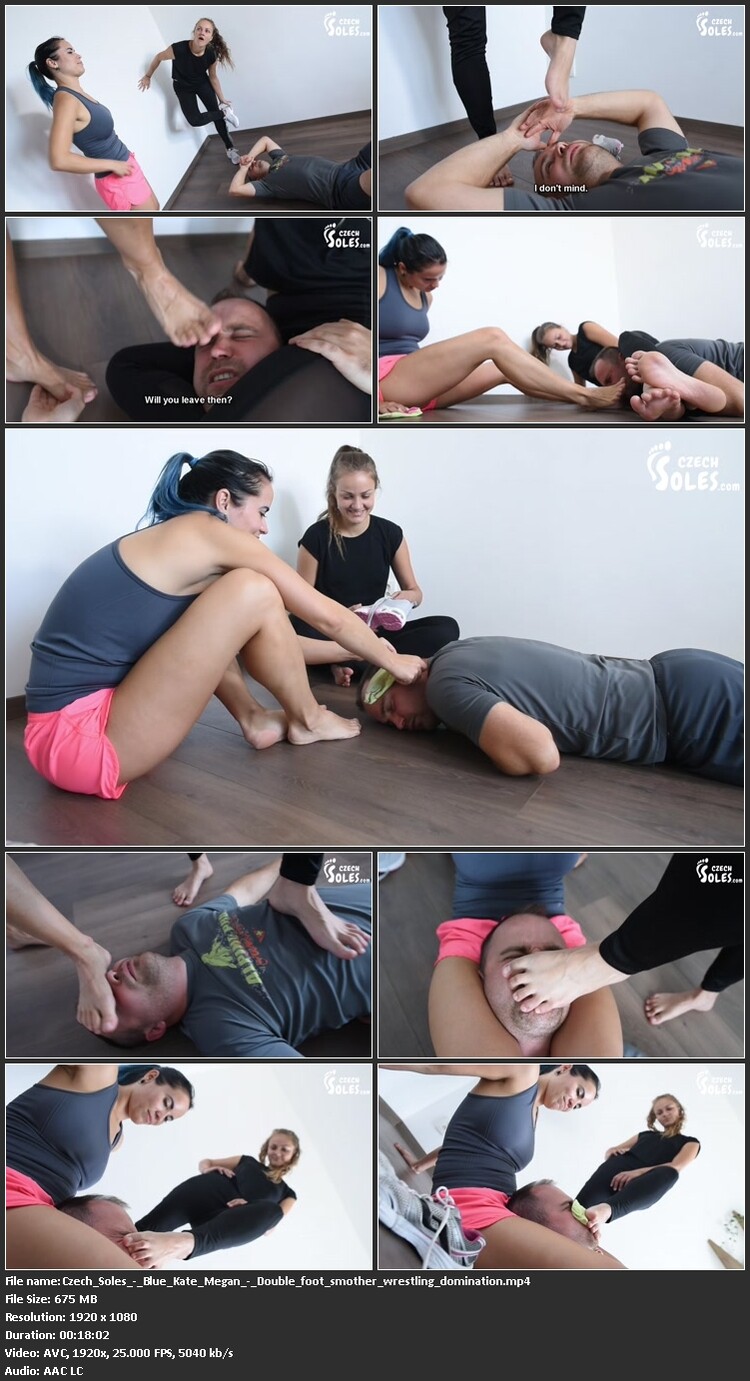