Lexi’s boyfriend is a soldier and she comes to visit him whenever she can, which is really not very often. Over the time she made a friend, Sun, who also has a boyfriend in the same barracks. One day, both of them are coming for a visitation but when they get in, they run into this commander who really don’t like to see these visits with his soldiers. It’s army, not a brothel!

So he don’t want to let the girls in. Unless.unless they made some kind of deal with him. The commander tells the girls to come in his armored transporter and he make pretty clear they will have to do something for him, if he’s to let them see their boys. He wants feet.

The girls are pretty surprised of what’s going on but it’s either this or the commander will make their boys life in the army a living hell. But if they will let the commander to worship their feet right now, their boys might even get some benefits.more time home etc. So girls, what’s it gonna be? 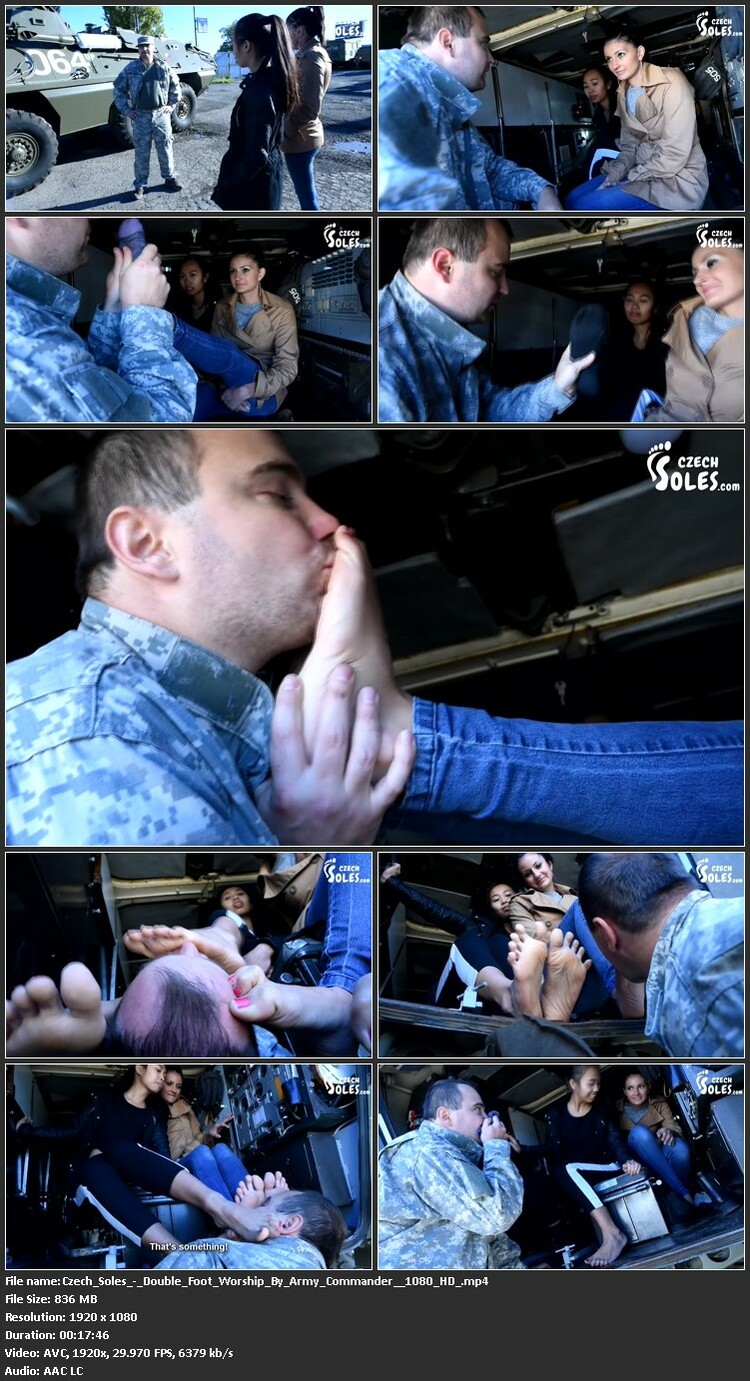