Bunny is training Karate with her trainer in his personal gym. She’s only greenbelt but she’s talented and her trainer is good but he’s also kinda pissing her off sometime…And it’s time she put into use what she’s learned here. The trainer is always telling her she’s not good and she’s not doing this right and that right and that she needs to get a bit angry to do it properly and with more power. Ok, she will get really angry now and give it all she has! In few seconds the trainer in on the ground and he hit his head pretty bad. He doesn’t even know what’s going on and Bunny wants to enjoy the opportunity she has here and get her revenge on him. So the first thing the trainer sees after waking up is Bunny’s sole in front on his face and a second later he feels and smells it right on his face. Bunny wants to dominate him now. Use her BIG feet to make him suffer. Make him smell her feet, worship them and dominated him and let him know she’s in change now. And that he belongs under her feet! 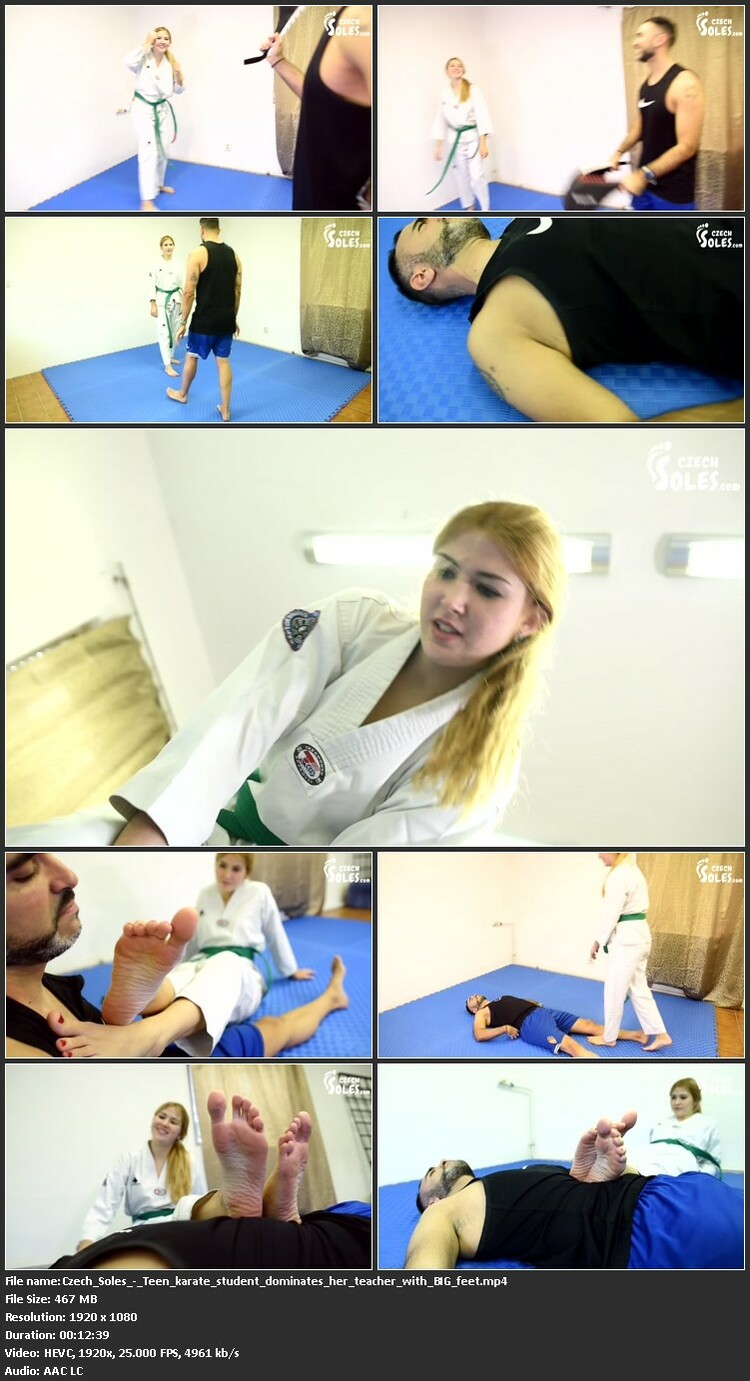