It’s winter, the temperature is below 0 Celsius outside and Megan felt this is a great time to walk her doggy slave outside. He’s totally obedient and Megan owns him absolutely. He’s on all fours walking in the cold, his hands are freezing and Megan is laughing at him, stepping on his hands and he just wants to dry. But he can’t because she would kick the soul out of him if he would be weak.

Megan loves to torture slaves like this. She’s wearing her winter boots and nice coat so she’s not cold at all but her boots.they got a bit dirty. The slave will have to lick them clean. He does as he’s told. It would have severe consequences if he didn’t. It’s a good thing because now Megan can go shopping and she can be sure the slave doggy will stay in place, not running away. She’ll be back in hour or two so stay! And he really stays in the cold for almost two hours, freezing, suffering but it still better than the alternative. When Megan is back she realizes the doggy must be thirsty. Here’s a puddle, drink from there! She makes him go on the ice, steps on his hands and he has to drink the puddle water. That’s a good boy. Perhaps Megan will keep him and not kick him away. What a lucky slave doggy. 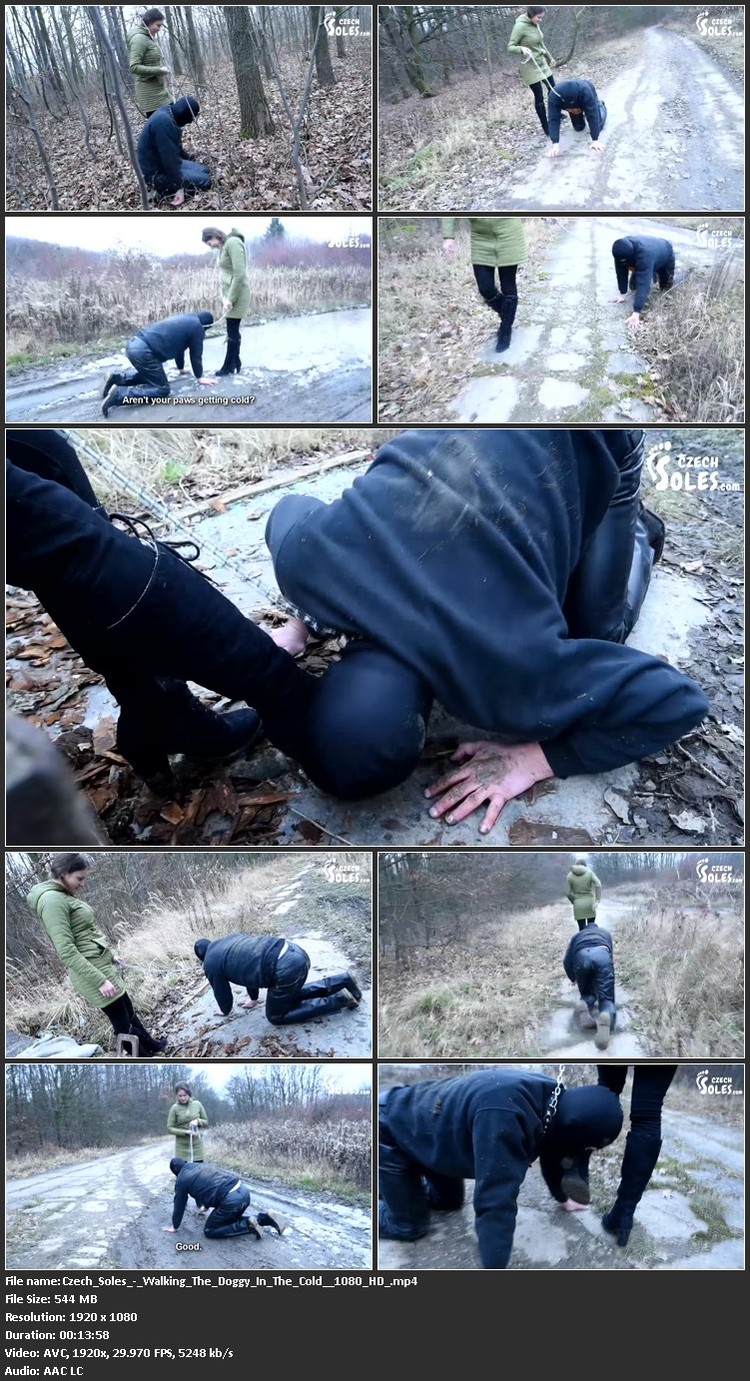