Anastazia and Jack both visit the same gym and fight club and they have both been going each other’s hair for weeks now. Jack has been bragging how he would crush Anastazia in wrestling fight and he was doing this macho attitude thing so much that Anastazia decided to challenge him. Jack is so great in his own head but in reality, he’s gonna soon learn he’s really a loser. A poor one at best. Right from the beginning Anastazia dominates the fight and Jack is so helpless against her. He always ends up in a hold and close to Anastazia’s sweaty gym feet and he has to beg so she would let him go. It’s so embarrassing for him, humiliating that a girl continuously beats him and totally dominates him. Moreover he has to smell her feet, he has them in his face and takes the laughter from Anastazia. She even forces him to kiss her feet in humility and beg for it and also beg for mercy. He’s such a loser and Anastazia finally has her revenge for all the trash talk from Jack. At the end she enjoys many victory poses as Jack is on the floor, totally beaten and humiliated, with Anastazia’s foot on his face, kissing it, smelling it and acknowledging she is better and she’s the winner here. 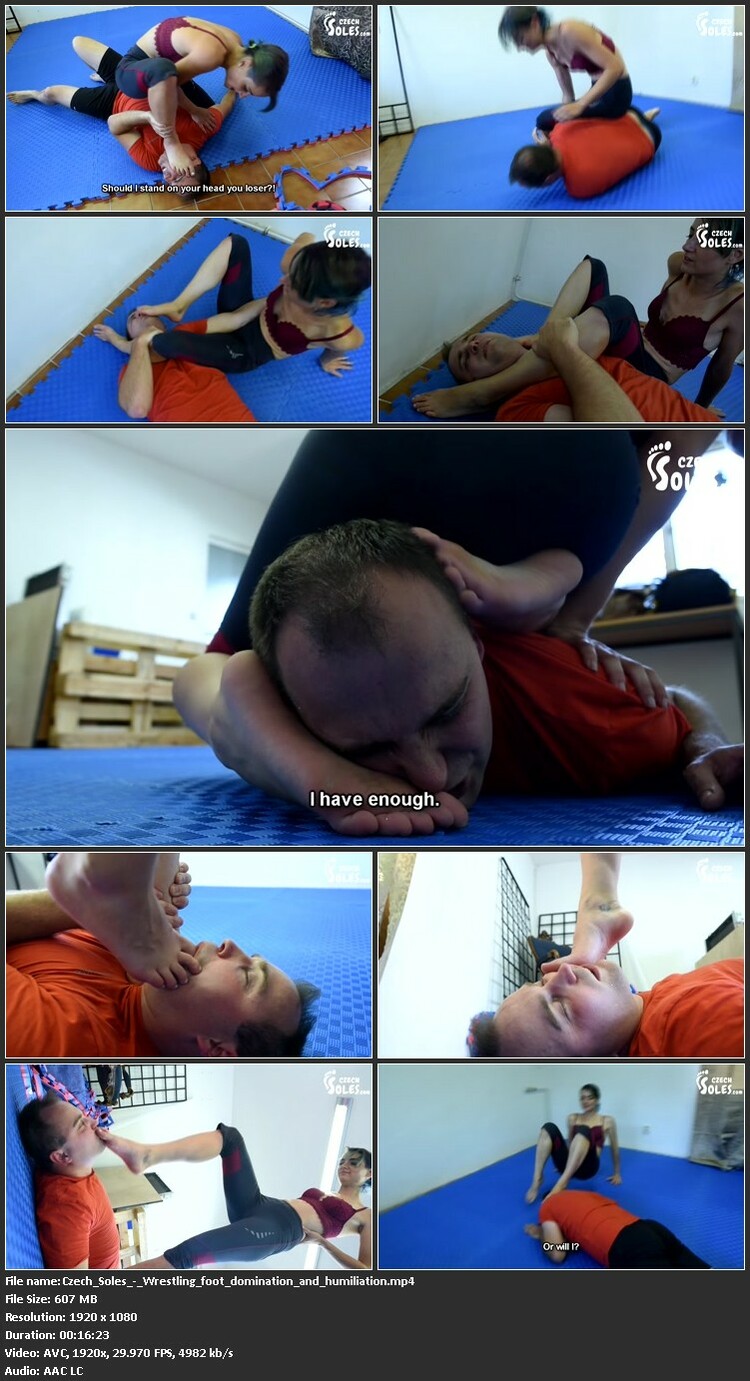