Maitresse Madison is conducting a pussy aversion training for Her new slave, who She is weaning off of eating Her sweet pussy. She walks into the dungeon without wearing any panties on. Her slave is excited because he thinks that he’s getting another tasty pussy worship session.
Maitresse mounts the chained slave, who is prone on his back. She hovers over him, playing with Her gorgeous, shaved and pierced pussy. Rubbing it back and forth tantalizingly in his face, She explains to him:
“Slave, of course, you’ve never been allowed to fuck my pussy with your micro-cock, but now you’re no longer allowed to lick my sweet pussy either. You see, my boyfriend doesn’t like to do it but he doesn’t like you doing it either. So from now on, the only time you can lick me is for cleaning; either his cum, or my period, when I get ally yeasty…”
“Mistress, can’t I share with him?”
This angers Her and She starts smacking the slave with Her paddle directly on his tender and exposed thighs. He screams in pain, but She smacks him a couple more times to get his attention.
“Now, here She comes. NO LICKING. You’re not allowed to lick your lips clean of the juices that drip on them either. We need to wean you off of pussy. You will be punished if you get excited”
She puts Her pussy directly onto his mouth and nose, and he moans in frustration. She takes the lips and spreads them over his nose, ensuring that he can’t breathe. She starts doing countdowns, making him hold his breath over and over and leaving him gasping. She then turns around and spreads Her glorious ass W-I-D-E open, exposing Her slightly soiled brown starfish. “Do you see my beautiful anus slave? I want you to just nuzzle it with the tip of your nose, then start kissing around the crinkled edges.”
While he is doing this, She starts to slowly stroke his cock, conditioning him to associate the smell, sight and taste of Her sacred asshole, in order to turn him from a pussy slave, to an ass slave. She tells him to start putting the tip of his tongue in and tickling the insides. He pierces the anal ring with his tongue, opening up the depths of Her rectum to his oral ministrations. She starts making him put it in deeper and deeper, telling him that She will start conducting tongue-stretching exercises to get his tongue further inside Her colon.
She sits down fully onto his face, pushing his tongue further inside. She starts banging Her ass back and forth on his face, using Her asshole to fuck his tongue. Finally, She seems to climax and rests Her ass on his face momentarily before climbing off and wrinkling Her nose at the smell of his face as She saunters out the dungeon. 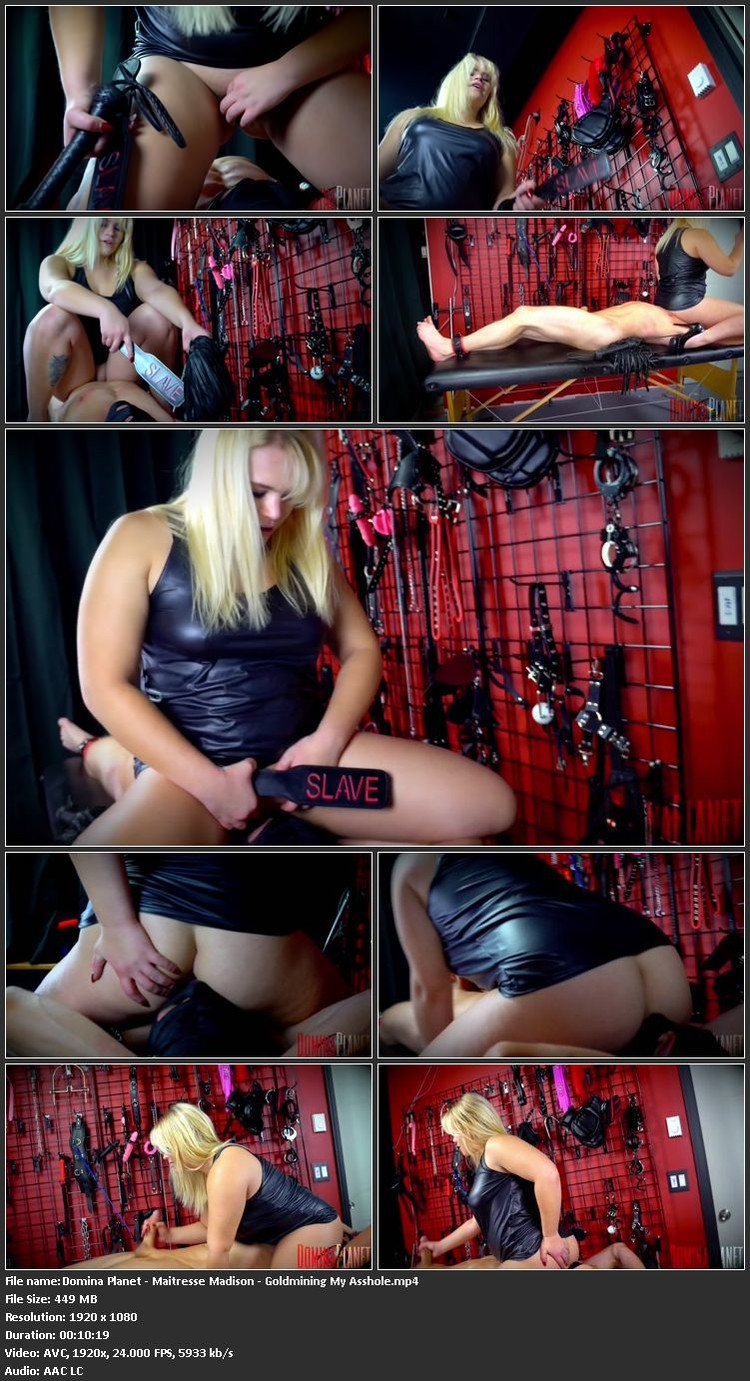