Empress Aria Carson has a session with Her personal slave and has had him secured on his back in the dungeon, awaiting Her. She has been reclining on the divan, stroking Herself with a red riding crop. Clad in a sexy, black one-piece PVC leotard with a zip-open crotch. She climbs atop the helpless slave, who is chained in bondage on his back. She takes Her black gloves off and makes him smell Her hands and slaps him with Her gloves, back and forth. She ties his leash to a ceiling chain, then tells him:
“I’m tying your leash here because I need your face at a 90 degree angle, so you can eat my fucking cunt. You’re gonna lick, suck and clean every inch of my pussy. You’re gonna learn exactly how I like to have my pussy cleaned and taste every flavor that it generates – now, and every day”
She climbs up onto his face and straddles his face with Her crotch. She puts his head between Her legs and puts Her full weight onto his face for just a minute, then pulls back and has him grasp the zipper of the crotch with his teeth. Pulling it off, She puts Her pussy directly into his face and starts fingering Herself, making him sniff Her fingers, tasting pussy juice and asking if he likes it, then making him beg for more. Then She tells him:
“Kiss it! Make love to Her, get Her in the mood you fucking pig, don’t be greedy!”
She has him kiss it tenderly, then suddenly drops down onto his face, Her legs hanging off the table on either side of his head, putting all of Her weight onto Her pussy and his face. His mouth is sealed so tightly against Her pussy He cannot speak:
“LICK IT! LICK DEEP INTO THE UPPER REACHES OF MY PUSSY, SUCK EVERYTHING OUT!”
He struggles to even move his jaw, but dutifully slurps away as best he can with all of Her body weight concentrated on his mouth and jaw. She starts rocking back and forth on his face, moving faster as it feels better and better:
“Tongue fuck it! Point your stupid tongue and go in and out….good!”
She starts to enjoy it more and more and gets visibly wetter and more animated. She pulls Her legs up and pushes Her pussy harder into his face so he can tongue fuck Her better, which he does, pistoning it in and out while slurping up the succulent pussy juice that She is generating due to his ministrations.
She then rolls back up onto his chest, holding Her legs up in the air:
“Now lick my asshole! No, not like that, tongue fuck it! Push your tongue past the ring, tongue punch it”
She has him fuck Her ass with his tongue for a while before dropping back down onto his face, straddling him again. She dominates and smothers him with Her pussy, never knowing what is coming next. She then pulls up Her legs and sits down onto his face with Her legs sticking straight out, sealing his airways and putting Her full weight back onto his head and face.
“I’m just gonna use you as a chair for a while. Chairs don’t need to breathe, so mine shouldn’t either”
He starts struggling as his need to breathe gets more intense, but She warns him to be still, lest he make Her fall and have to punished severely. She finally gets off of his face Herself, kind of like dismounting a horse. She throws Her gloves at the slave in disgust, telling him:
“Tomorrow, you’re gonna be under my pussy for two full minutes. Be ready, pig” 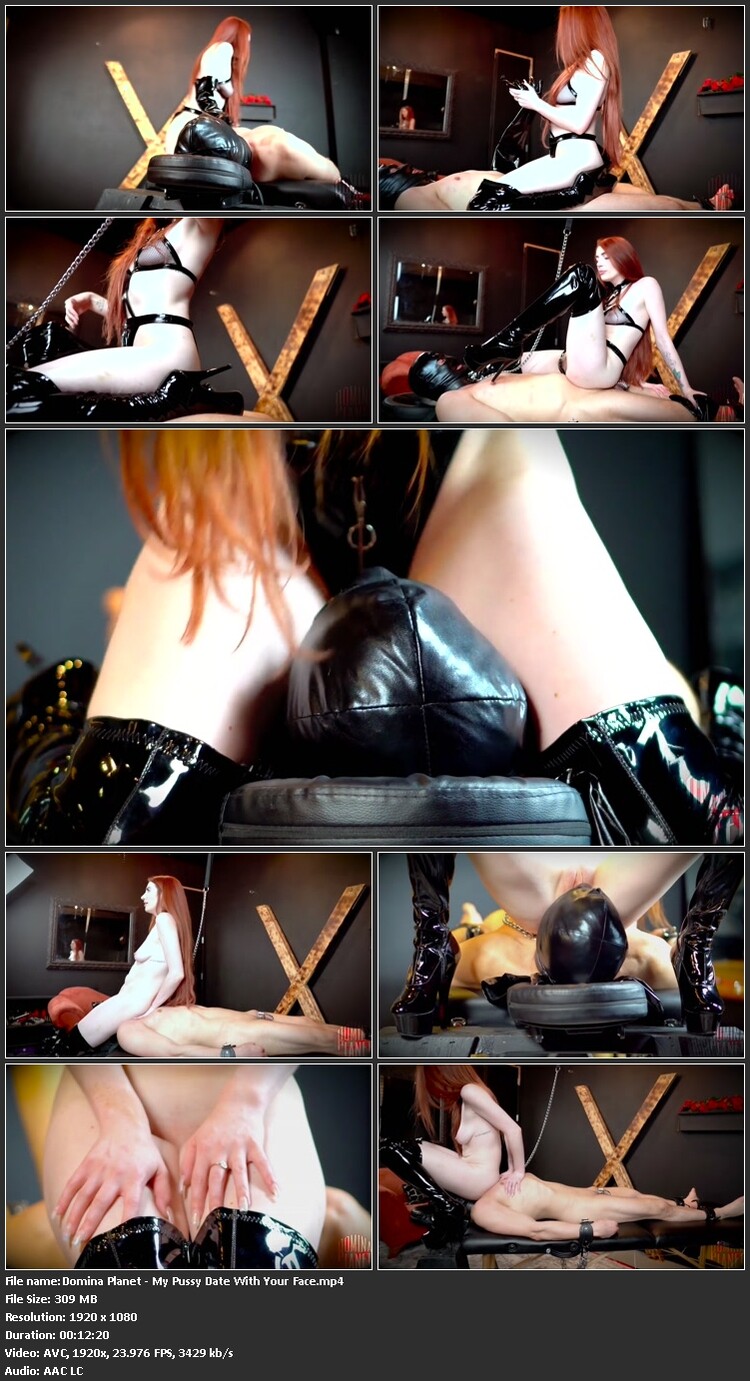