Mistress Katarina’s new slave has been in chastity training for two long, excruciating weeks. For 14 days his aching penis has been locked away in an inescapable cock cage. No erections…no masturbating…no orgasms! And only Mistress Katarina holds the key to his freedom. Princess had promised to remove his cock cage after 14 days of abstinence and devotion. So theoretically, today is his lucky day. Or is it?

After relentlessly tormenting his caged cock with her diabolical electric shock wand, and force feeding him her 6″ patent leather stilettos, Mistress Katarina still isn’t ready to allow her captive out of chastity.

Sitting atop his chest and pinned beneath her full weight, this slave isn’t going anywhere until he has pleased Mistress with his effort. And so Katarina proceeds to Dominate her captive with her gorgeous bare feet, and instructs him to kiss, lick and suck. Trapped beneath her, bound to her bondage table, both feet in his face, he is helpless to do anything but comply. And why wouldn’t he take the opportunity and privilege offered to him.

Katarina continues her bare foot seduction, taking him deeper and deeper into a state of complete and utter surrender. He is helpless…his heart pounding….his mind racing. But all he has to do is accept the intoxicating drug of Katarina’s bare feet on his face…in his mouth…in his nostrils. To resist is futile. His demise inevitable. 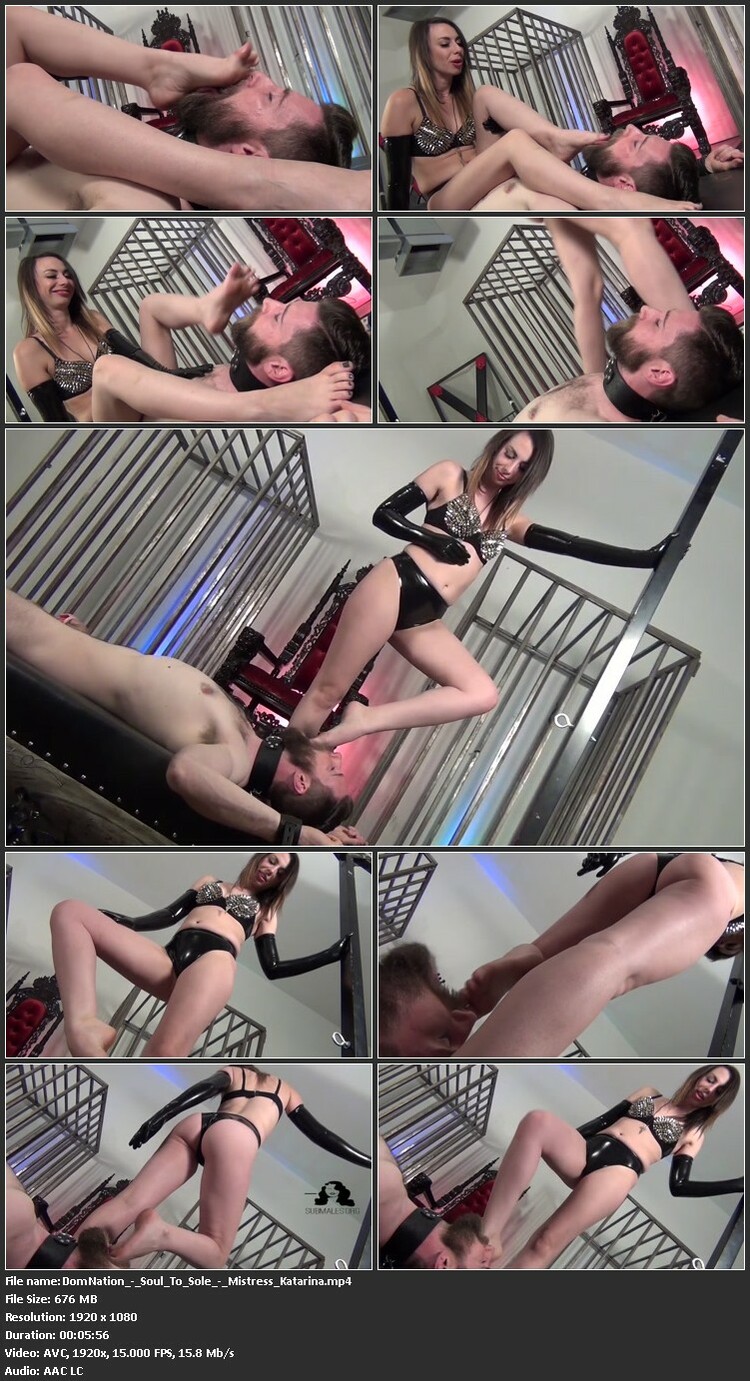