Goddess Jacey is just finishing up Her daily ass cleaning session with a slave, but what is supposed to just be cleaning has ended up making Her horny and She wants to cum on the slave’s face. The slave is chained down to a bondage bench in the dungeon, with his tongue up his Goddess’ big round ass when She announces this to the slave.
She rises up and turns around, so that She is sitting on the slave’s chest; Her shaven pussy tantalizingly close to his nose. She spreads Her big pussy lips apart, showing him the wetness and asks him if he’s ready to pleasure his Goddess. She starts playing with Her pussy, sliding a finger in and out in front of his face, the pussy juice gleaming off Her wet finger. She slowly brings the wet finger to his lips, tells him:
“…taste it, slave. You’re so fucking lucky that I give you this privilege. Now I’m going to fuck your stupid face.”
She slides up onto his face and spreads Her meaty lips apart, telling the slave to lick gently up and down. He sticks his tongue out and starts to run it up and down the juicy peach, licking the lips until they start to drip juice and open up naturally for easier access. She has him gently suck and lick to get Her wet enough to slide up and down on his face. She starts pushing Her pussy hard into his face, overwhelming him a bit as he struggles to keep licking and breathing. Her big thighs are on either side of his head like a vice, and he is completely helpless with his hands chained overhead.
She starts smothering him, telling him to dig in deeper to the pussy and suck and lick farther to help facilitate the flood of juice that will provide the slip and slide for Her to fuck his face more effectively. After a few breathless periods that leave the slave sputtering for air, his suffering has helped to turn on Goddess Jacey enough to She tells him:
“Now I’m going to FUCK YOUR STUPID FACE. I expect you to remain completely still and to keep your tongue flat and out as far as possible, bitch.”
With Her full weight on the slave’s head, practically crushing him under Her sweet wet flower, She starts sliding back and forth on the slave’s face. The slave’s mouth and nose are completely sealed because of the pressure; She has Her full weight on his mouth, his jaw WIDE open and his tongue deep inside. Unfortunately, this also makes it impossible to breathe, which is a problem for the slave but obviously not for his Goddess. She starts riding his face so hard the table is creaking and rocking and the slave is in . She rises up enough for him to grab a couple of lungfulls of air but then plops back down onto his mouth, his jaw open again and cutting of his air but giving Her a thrill and even an orgasm or two.
After cumming, She hovers Her pussy over the slave’s face, spreading the lips wide again and then plopping back down over his airways, telling him:
“YOU LIVE IN MY PUSSY! MY PUSSY OWNS YOU, AND CAN TAKE YOUR LIFE IF IT WANTS TO Now lick me deeeeeeep inside slave.”
She starts bouncing up and down on the slave’s face even harder, causing him to screech in pain but that just eggs Her on. The slave struggles for breathe after the first countdown…and then the second and third. Fianlly, the semi-coherent slave is left alone, as Goddess Jacey walks off to shower and leaves the slave’s sticky, pussy juice covered face to marinate in his Goddess’s juices. 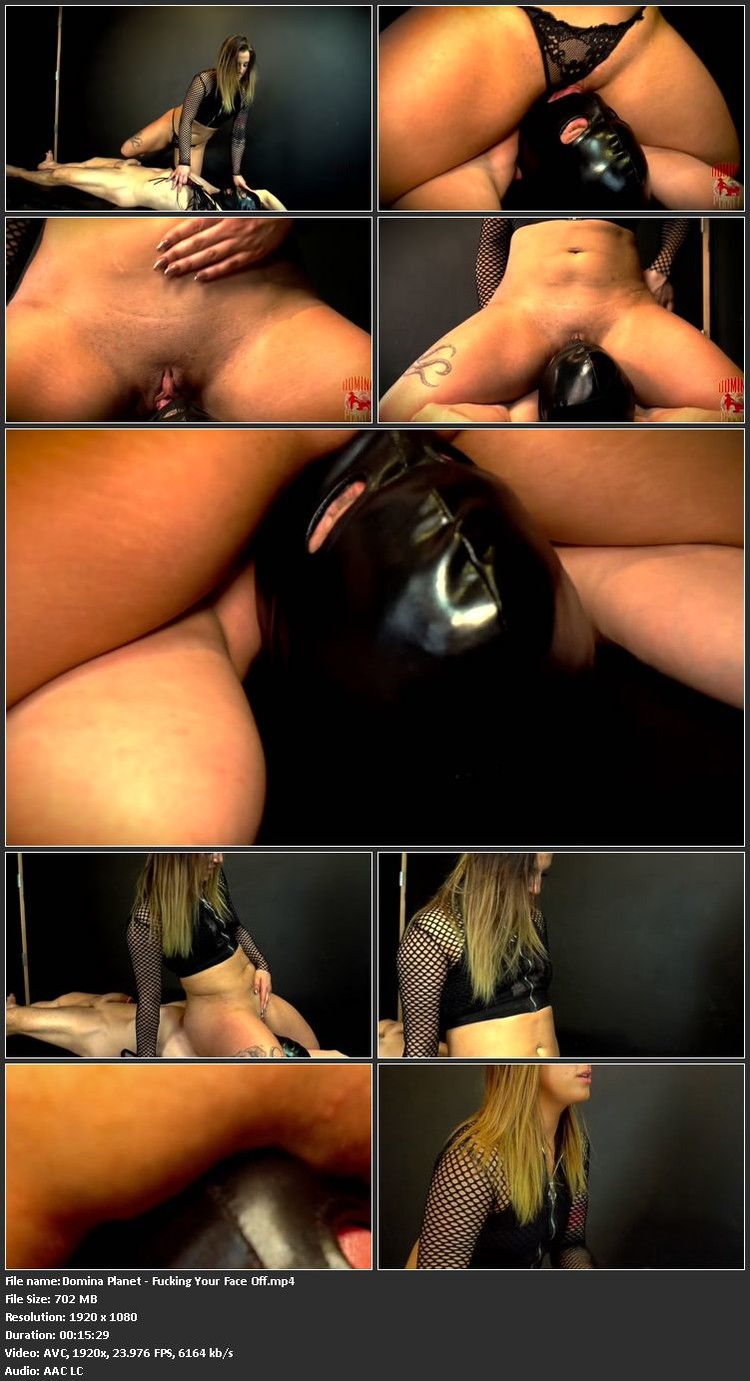