Goddess Foot Domination – Mercy – I Was Locked Up, Too

Goddess Mercy got locked up for her boyfriends crime, but he was locked up, too. Locked up in chastity, that is! After being locked up for as long as this brunette beauty, he begs for his cock to be released but he has another thing coming if he thinks that will happen. To punish him, she is going to keep him locked up in chastity for another six months, only allowing him to worship her feet during that time. Watch as she makes him kiss, lick, and suck on her sexy bare feet before teasing his cock through the steel cock cage. See her drum his toes along his cock through the cage before making him lick her from heel to toe! 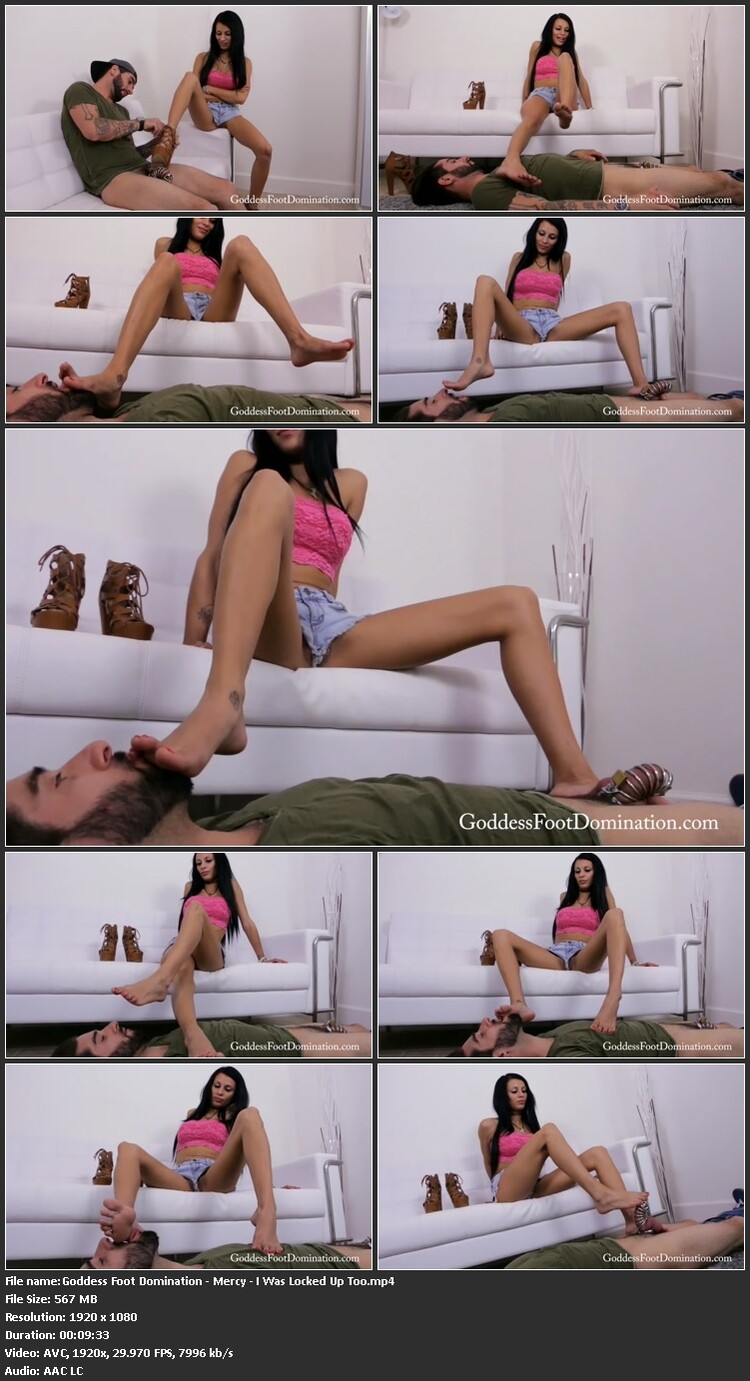