Taylor just moved to the area and is looking for a work out partner. Tom doesn’t work out much but he thinks she is hot so he agrees to be her partner. Worst case scenario he will get to see her bent over in tight spandex shorts.
During their first work out, Taylor is spotting for Tom and she notices him staring into her crotch. She couldn’t believe he is such a pervert; she straps him to the bench and puts a dumbbell on his chest not allowing him to move. She then him to smell her sweaty sneakers. He struggles to get away from the odor of her sneakers, but she’s not letting him get away with being such a jerk.
She then sits on top of him and putting her sweaty socks on his face, smothering him with the scent of her stinky socks. She pulls off one sock and puts it in his mouth him to now taste it. She removes the other sock and shoves that into his mouth as well. Smothering his entire face with her sweaty bare feet he struggles and begs for her to stop. She taunts him until he admits to being a pervert. 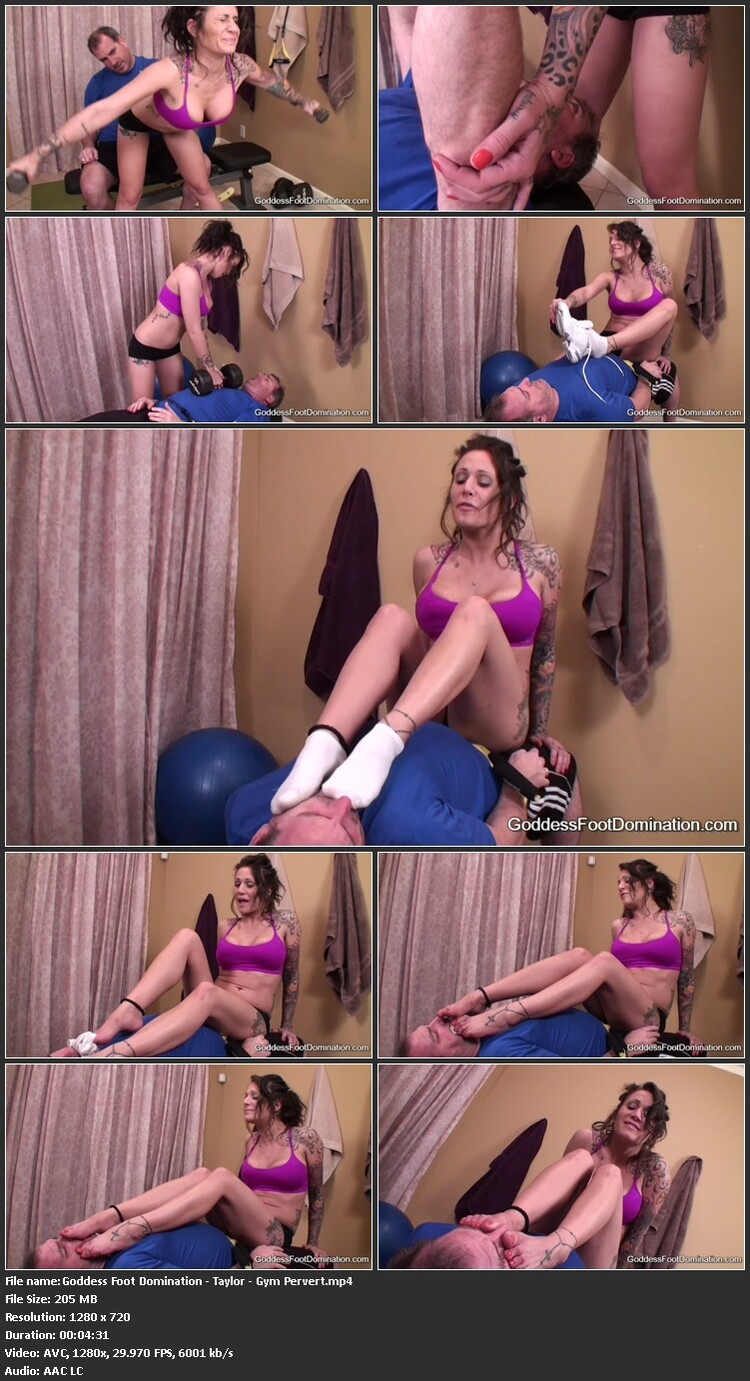