Goddess Jacey is training Her human furniture to stay still while being smothered and covered with Her big, round ass and Her fat, juicy pussy. However, She doesn’t allow slaves to pleasure Her, that is reserved for Her boyfriend of the month. The slave is an inanimate object; a piece of furniture, a possession to be used but something that is no more deserving of intimacy with Her than a refrigerator or a toaster. To make things worse, She is teasing the slave with Her pussy while denying him any access whatsoever. She masturbates in his face and even sticks one of Her long fingers into Her honeypot – giving the slave a taste of the heavenly nectar.
The pig slave is NOT to lick, kiss and suck on Her heavenly body, although he may be completely engulfed in the warm, musky embrace of Her pussy or the dark sweetness of Her anus. Not only that, but the slave’s priority should be serving as furniture and not such trivial slave topics, such as breathing. She explains this to the pig while wearing just a leotard which She hikes up into Her pussy and ass, giving Herself a camel toe.
She is sitting on the slave’s chest explaining, when She suddenly slides forward, cutting of his air. The slave panics and tries to wriggle around enough to get his nostrils clear of Her pussy, but She takes the lips of Her flower and wraps them around the slave’s nostrils, effectively sealing out any chance of oxygen getting into the slave’s nostrils and lungs. The slave starsts squirming around and She finally allows the pig some air after 25 seconds. She slaps him HARD and tells him he better stop wriggling around.
She smacks him in the the head again and slides over his airways again, giving him a countdown of 30, then 45 – each time doing more with Her pussy and pussy lips to ensure that there is no escape for the slave. He is a prisoner of his Godddess and Her pussy owns and dominates him. He manages to get free and sneak some air which brings cracking face slaps to the slave. She pushes his head down and further into Her crotch to ensure he can’t breathe, repeatedly. Finally, She strolls out announcing She needs to prepare for his next test. 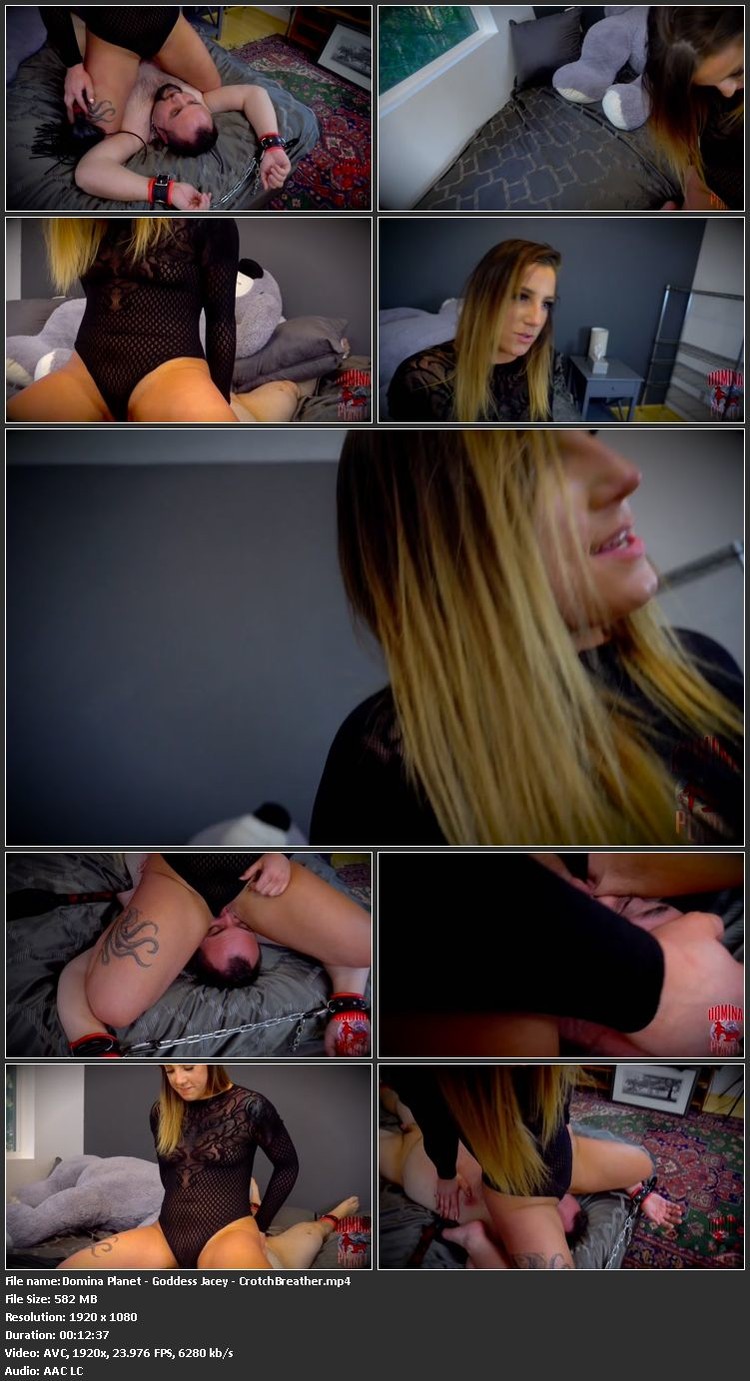