Exclusive Story does an exposé on Hollywood’s good girl, Shiri Allwood, who recently joined the racy subscription site Lonely Lambs. Her fan page has pictures and clips of her fucking bound men, dressed in latex from head to toe and with her tied up in a dungeon, drool dripping from her ball gag as she gets fucked hard from behind. It’s a far cry from her wholesome days starring on a TV dance show. Shiri has repeatedly denied this account belongs to her. She has cited deep fake technology as the means of creating this filth without her knowledge or consent.

After giving an interview to Exclusive Story, Shiri Allwood goes home and lets her live-in sex slave puppy out of his kennel. She is still doing damage control on the phone with her publicist as she drops her cardigan sweater and removes her pearl necklace to put on fierce red and black strappy lingerie with thigh high stockings. She flogs her pup’s round ass until it glows red. A bone gag strapped to his face, she turns him around so he can sniff her crotch. He obeys all her commands so she pulls off his gag and takes out her cock to feed the hungry pup. Shiri sits on his face rubbing her asshole on his snout until he gets greedy and takes off her bra so he can paw at her breasts. She did not give him permission so he gets swatted down to the end of the bed where he sucks on her stockinged feet, drenching them in his drool.

Shiri plays with Nicko’s puppy tail butt plug, replacing it with a much bigger plug to tease his tight asshole with. She lubes up his strap-on wolf dick and rides it, throwing her head back in pleasure, her bright red lips gasping for air. She then bends over and instructs her collared pooch to fuck her hard from behind. Getting fucked so well makes her rock hard and ready to fuck. She bends Nicko over so she can spank his ass as she thrusts her stiff cock deep into him. After coming on his face she sends him to get back in his kennel so she can get some beauty sleep. 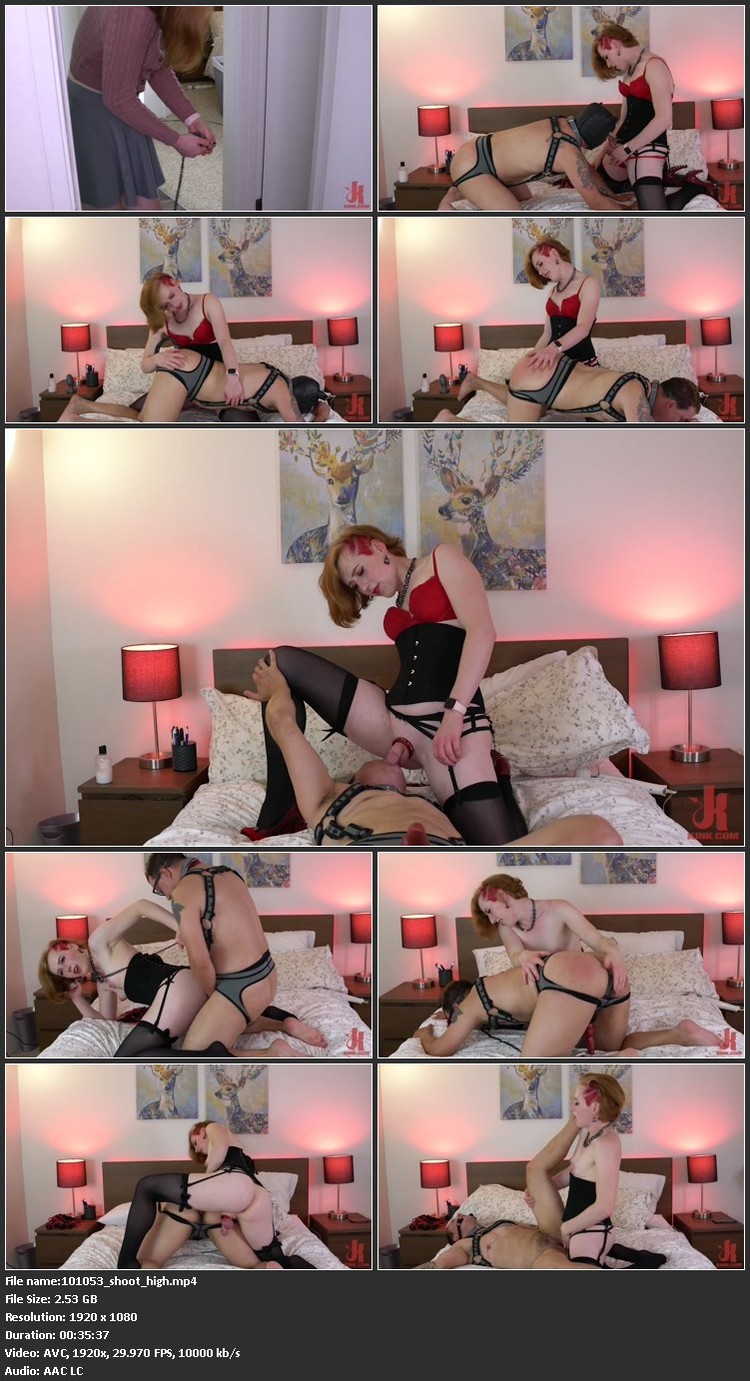