I warned Kino that if he kept his brattiness up, he would be punished. Making good on my word, I introduced Kino to his punishment. After securing his wrists and ankles on top of my cage with electrical tape, I began laying into his ass with my bare hand. Knowing full well that his ass can take more than my hand can, I quickly switch to a paddle. Hearing that the paddle is quite effective in delivering pain, I tightly gag Kino to muffle his sounds. The paddle makes quick work of his ass, creating large, red bruises almost instantly, yet I continue. Kino was hoping for a fun enema as punishment, but he was getting something else entirely. After a thorough spanking, I decide to give Kino a taste of what he thinks he wanted by arranging a syringe enema for him. He takes 15 large syringe-fulls of water up his ass – with aggressive ass finger fucking in between each gulp of water to increase his discomfort. I make Kino take five more syringes than he wanted, to make it a real punishment. As he begs to use the bathroom, I begin diapering him, informing him that this is where he will be vacating himself. After some pouting and a lot of releasing, Kino seems more content, yet still wanting to use the bathroom. I release him from the cage, sit him on top, and vibrate him until he orgasms a giant load into his already load-filled diaper! He is made to sit in his filthy mess until my return. Maybe next time he will not be such a brat! 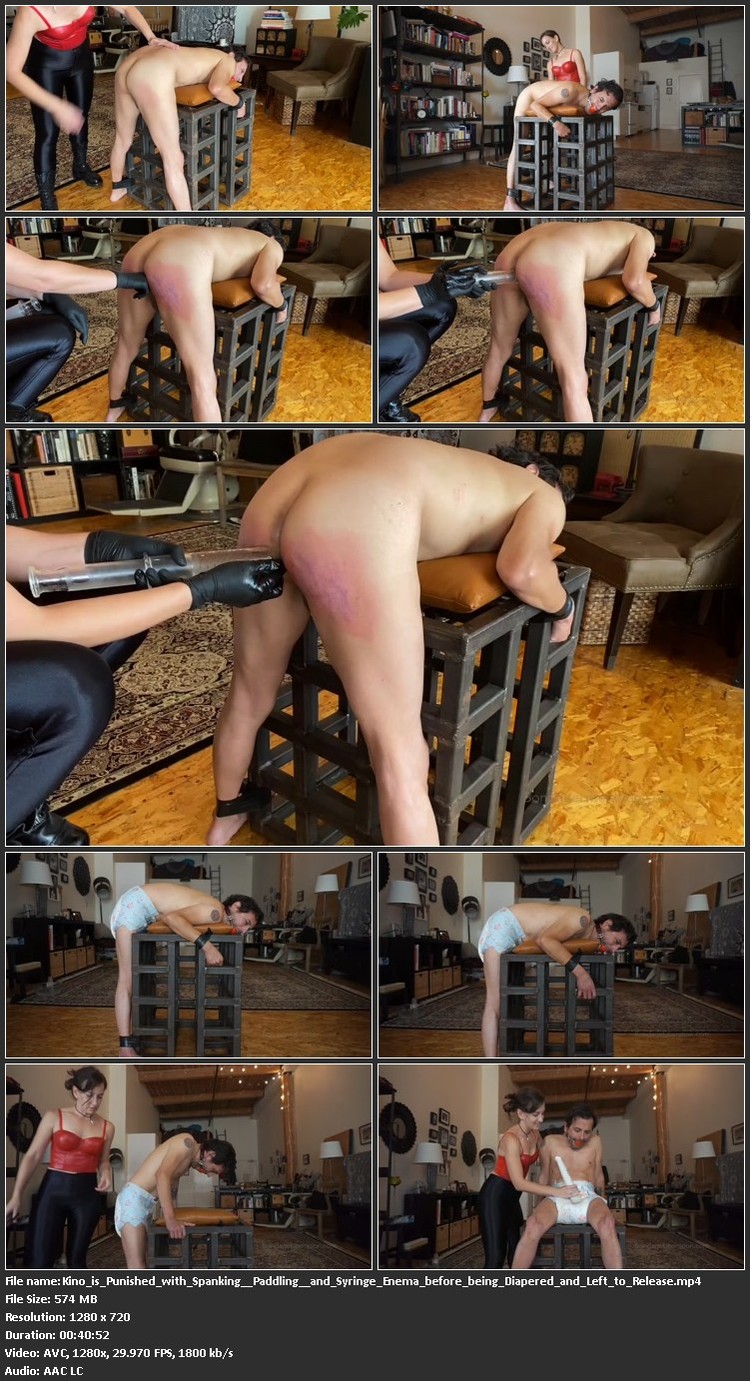