Did you think, we are already through with sensations in september? noooooooo…for sure not… cuz the next sensation is that our very popular and incredible mistress NEMESIS asked us a while ago that she wants to go into more action… well.. and she wanted to do it with her friend and another very popular mistress here: cassandra (or stella as named in her personal store…)! holy sh…of course we aggreed and will start today with this supercool cooperation… and it starts with a supercool scenario…. its year 2100 now…in the future..after stupid men get human mankind near to end with the 3rd big war (partially nuclear) in 2060 that were the last decisions men made, cuz after it woman get the might all over the planet…starting on governements in those areas were mankind can live and it was getting through the whole society… so we are here now…in the new matriarchiat, where woman rule and men are always slaves and just workers and nothing else… woman own men now… but still some men are not brave to their owners… if that occurs they will be accused by the military police… and this is happening in this clip…our victim gets into the room where judge nemesis reads the accusment and asks the man, if he gives in and aggree to the accusment. as he does not, he gets a taste of what will happen if men does not follow orders and doesnt aggree to anything woman say… corporal punishment…which will be applied by officer cassandra. he will recieve lots of VERY HARD cane strokes while judge nemesis watches. both ladies amusing themselves and how the creature suffers under the strokes… after the punishment he will be locked away and can think about the accusment and if he wants to give in… (to be continued….). this is class a femdom at its finest!!! german language! 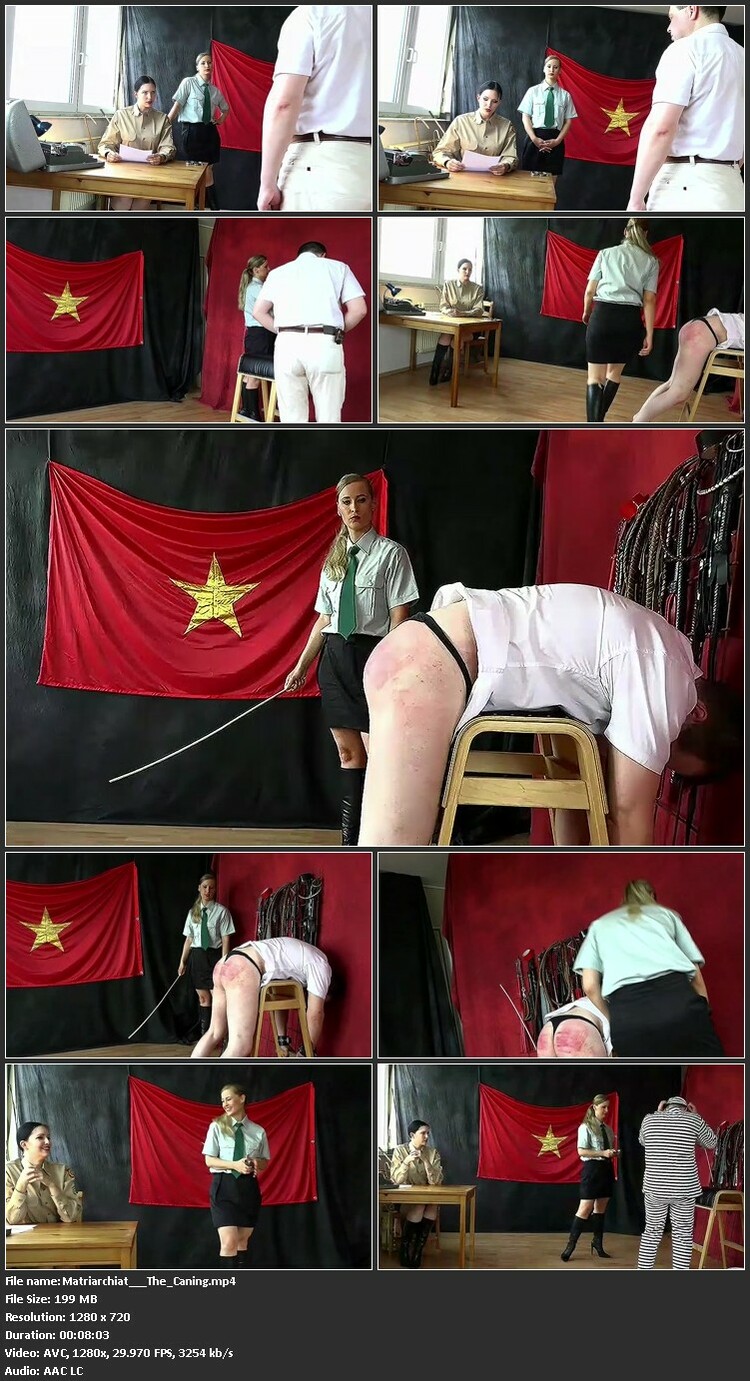