This little dude thought he was going to have a fair one on one LIGHT fantasy wrestling match with just one girl. Only request from him was no shots to the nuts. But when the match was about to begin 3 other girls came storming in the room and just completely attacked him. He knew he had been set up and tried to make a run for the door but he didn’t stand a chance. They started taking nut shots, scissoring him, smothering him, punching his body and nuts. Everything all at once and he was completely overwhelmed. His poor nut package turned a shade of bright red. Something he did not sign on for. One girl would be choking him with a leg lock of some sort while another one wold sit on his face and all the while he had the other girls going for his nuts. Eventually Brook does a fulll weight facesit and puts him out. He wakes back up but the girls were not done with him. This time just Scarlett, and Marley. They wanted to keep having fun. He tried to make a break for the door, but once again overpowered by the girl group. Keep in mind this room is hot as balls and stuffy. And the girls have been at it for sometime so they are sweaty and gross. No deodorant. No morning showers. They start their stinky sweaty armpits into his face and making him smell them. More facesitting and breast smothering. Some of the moves was putting him in had him completely stretched out. definitely has some martial arts/wrestling experience. All the while he’s still getting nut shots here and there. He begged to leave, had enough, He tried to make a run for the door again, and took him one one one. Twice. He fought back with his all his might and she manhandled him down to the ground. Completely humiliating losing to a girl. He was now sweating, injured, exhausted, balls bright red,, and just wanted to get the hell out of there. But just stood no chance. The girls in the clip are , Scarlett, Marley and Brook. Definitely in interesting and sexy clip. Purchase the clip to find out more info on group beatdows In Philly 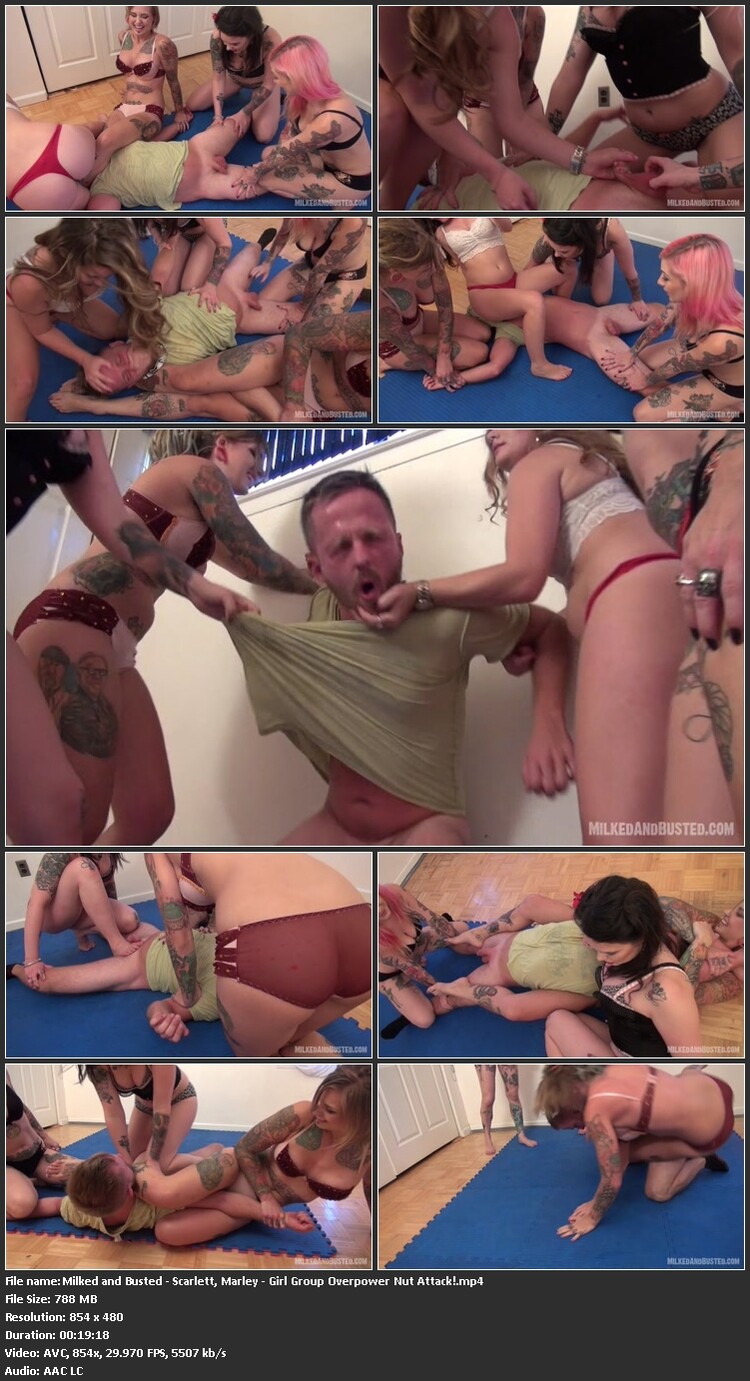