Part I.
The premise of today is simple: hit him hard. And of course, the silly little slave has brought offerings for his demise (and my birthday). The first present? A thin leather strap. Two belts doubled on themselves to create an exquisitely painful implement. Dense, thick, heavy leather to hurt him down to his core.
Since I’m in such a giving mood, I’ve decided I won’t even warm him up. I’ll just go straight for his body to create those painful red marks on his back and ass that I love so much.
With him chained down to the coffee table, his entire backside is presented for my strapping and beating. There is no escape. Only pure submission.

Part II.
And the caning is not over.
It’s never over when you’re around me! And when you give me a stick to beat you with, you can bet your sore ass that your ass will be even…sorer.
Whack! Whack! Whack! Stroke after stroke of full strength punishment. Stroke after stroke of judicial caning. Stroke after stroke of my slave’s ass being on fire. Because corporal punishment isn’t meant to be easy. It’s meant to be a kick in the ass. It’s meant to make him cry, make him hurt, and make him suffer.
And suffer he does. Long whippy plastic cane in one hand and slave strapped down to the table, I pound the cane against his ass until he struggles and cries out in pain, and then I keep on going. 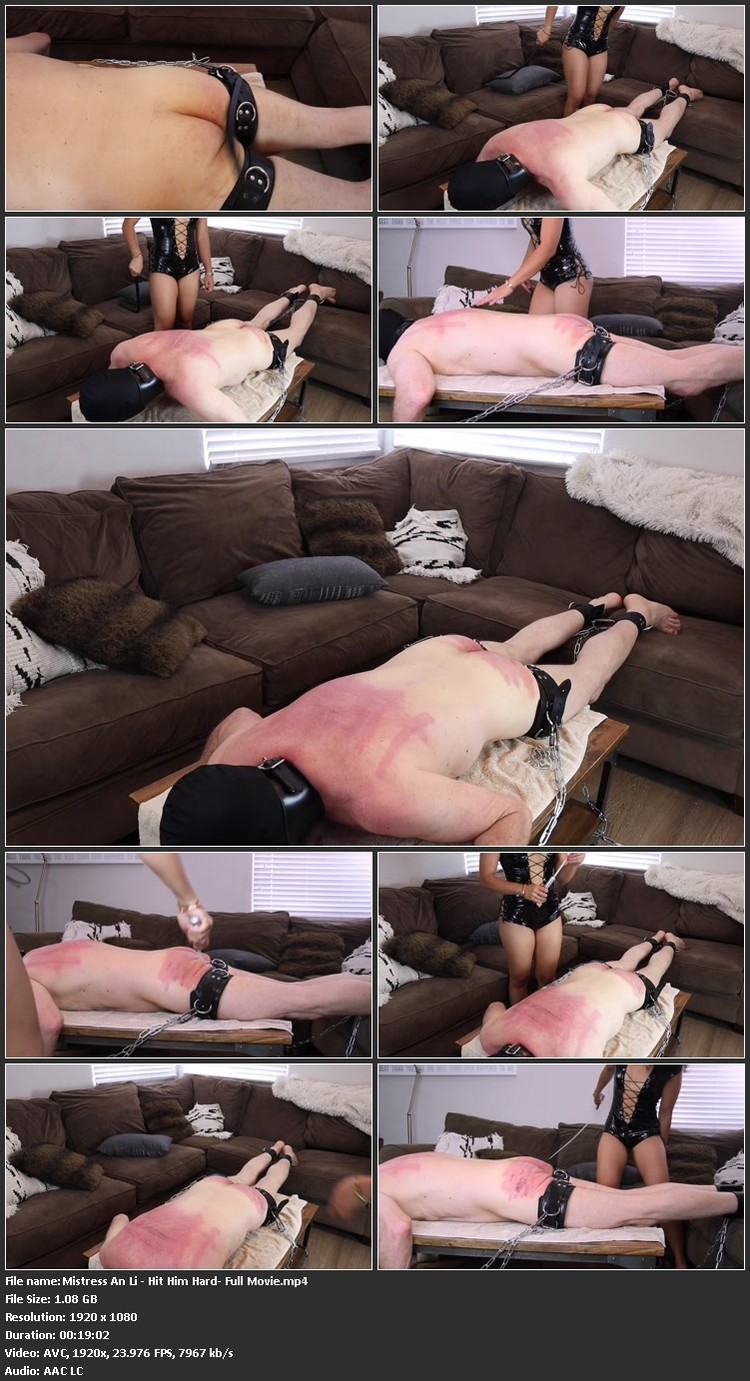