“Panda’s annoyed that Sam hasn’t been looking for a job, and is always making excuses. Panda says that he’s like a piece of furniture and should be used as such. He dismisses her with a shrug and that gets her angry. So she grabs him by the ear and shoves him to the floor and starting walking on his back, and ass telling him she’ll just turn him into a welcome mat and that that’s all he’ll ever be. He begs her to get off him and she laughs and steps off. As he gets up he calls her a crazy bitch so she pushes him on the bed and sits on his belly and starts bouncing on him. Every time he moans she bounces a little higher until he finally relents and says he’ll get a job. She says she can’t stand to look at his face and rolls him over onto his stomach and sits on his back. She calls her friend to see if she can hook her up with a real man. He struggles a little and she bounces on his back a few more times until he stops moving. He simply lays there and takes it as she has a convo with her friend, changing positions as she pleases to make herself more comfortable.” 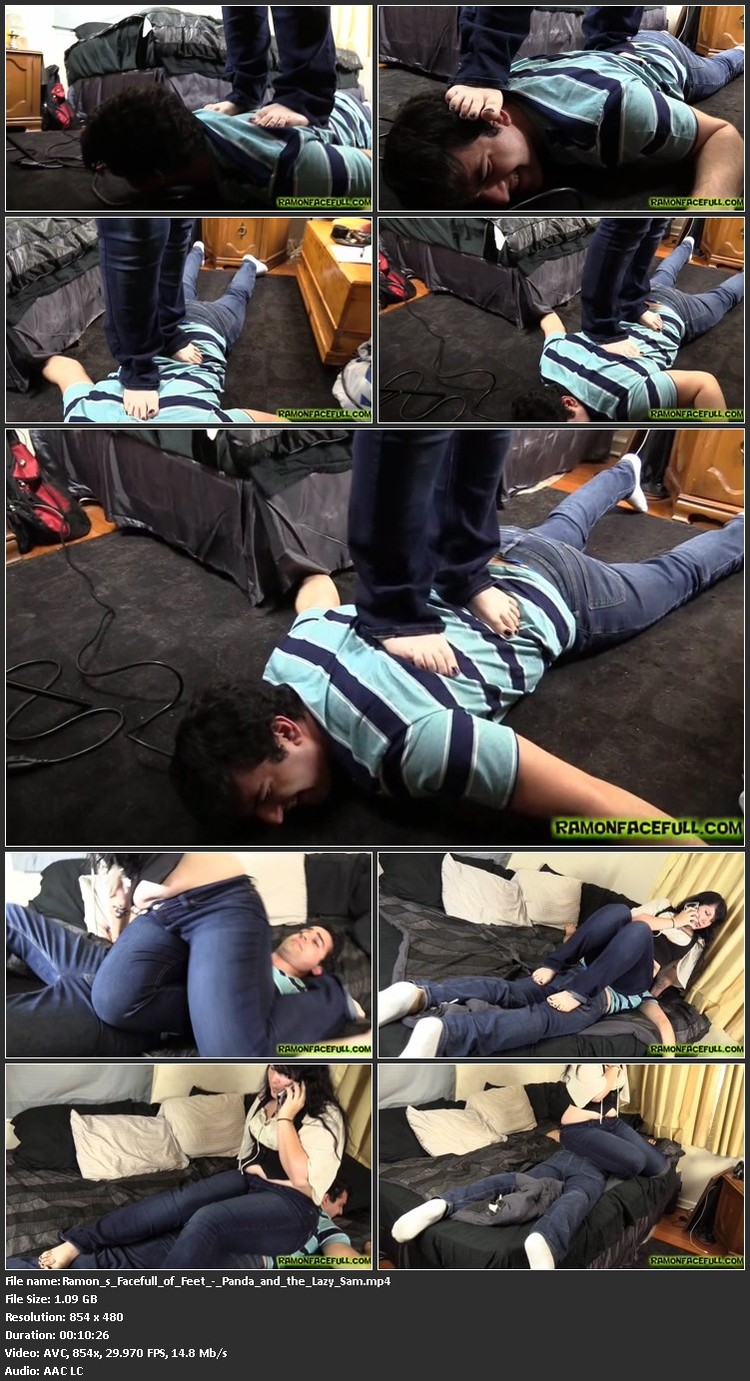