Maria Jade is angry, topless, and tells the bitch facing her they’ve been wrestling a while and he’s been getting his ass kicked all that time so she with cruelty reverse facesits him hard, driving her ass into his face and mouth. He fights for existence as she grabs his balls and squeezes, telling him “You are so whiny!” She falls back and locks on her rock-hard, intimidating scissors, suddenly seeming trying to put him in traction as he screams in her concrete quads and she tells him “I’m gonna fuck your brain out, literally” and almost breaks his jaw. Her incredible calves lace nexy under his chin in a figure-four headscissors she cranks up on, throwing the leverage of her hip into the hold and further hurting him — making him beg for mercy then asking what it means. She humiliates him, telling him to “Say ‘hi step-mom and step-dad.'” The gymnast and her breasts bounce on his face — her hard ass slamming down — then Maria buries her pussy in his mouth, presses down and verbally intimidates him as his breath grows fast and panicked. A reverse headscissors that almost pops his neck as he leaves red marks on her ass slapping to stay on the earth. He complains about the violence of her releasing the hold. She calls him out — grabbing his dick, telling him it’s hard and face fucking him in a reverse headscissors — telling him it’s what he likes and that “Nobody cares what you like.” More reverse facesitting — The wimp’s nose stuck in her ass, her bare back looking beautiful above him. In the end she sits on him like she’s watching TV and slams down on his throat. A , addicting beating by the hot ass gymnast with strength and skill to spare, Maria Jade. 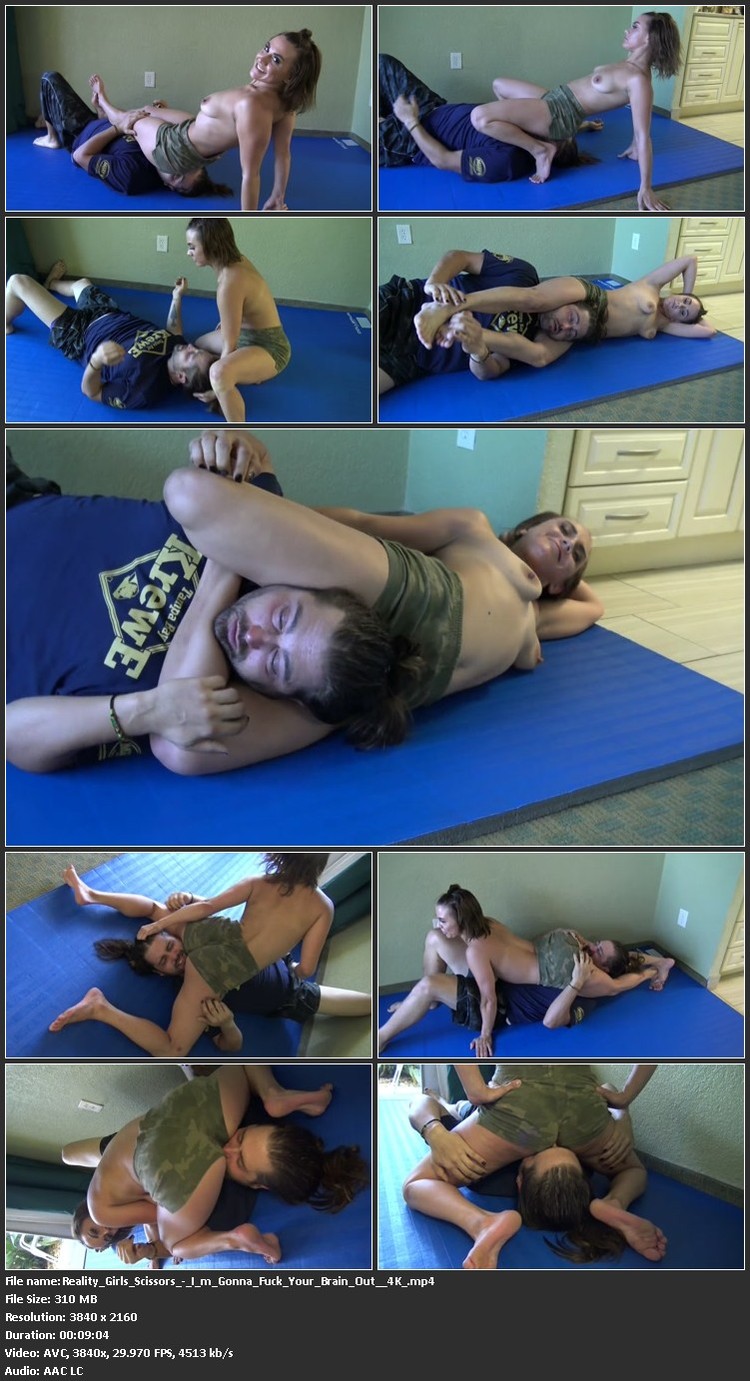