Maria Jade, the hot and wild girl with the powerhouse legs, starts this match fully clothed, locking Thin man in a headlock and making him scream. The power of the elite gymnast has grown since last summer; but she’s always been strong and always wild. She crawls at him, stalks him, taunts him and whips his ass, telling her she doesn’t like him, making fun of him putting his hair up. A brutal bodyscissors/trach choke combo has him getting wind through a compressed trachea as the breath seems to wheeze and screech from his throat. Maria looks so hot here, tan and lean. “When I’m here everything is your fault,” she says to whatever he spouts and pulls off a flying headscissors, into a takedown and side headscissors in which she cranks on her incredible power generated by her legs that apply merciless headscissors after headscissors here to a scared 140-pound guy. Her ass is worth almost anything just to be near — there are a collection around here — legs, asses and faces — and deep cruelty, as Maria screams mocking his own screams in her headscissors that threaten to pull his head from his shoulders. She pushes his face hard in the mat. She kidney punches him as he’s down. A trach choke/bodyscissors. Maria generates tremendous power in a bodyscissors for a girl her height. She adds a side headlock and tells him she’s going to hurt him. “I just wanna ram your head through this fuckin’ door,” she tells him. And then — Maria strips and puts her bra on Thin Man before slipping her panties off to the mat and making him wear them too as she laughs her beautiful, addicting laugh — totally naked. A naked headscissors turns him past the color of his bra and panties. A wild neck-crashing headscissors hurts him. She pushes him around the mat; her ankles snapping as she draws him into a front headscissors — his face in her pussy as she ignores his taps and kicks him away a shaking mess, in twilight rest. Another trach choke violently applied and he’s done; and she’s biting her lip with pleasure as he cries in pain. 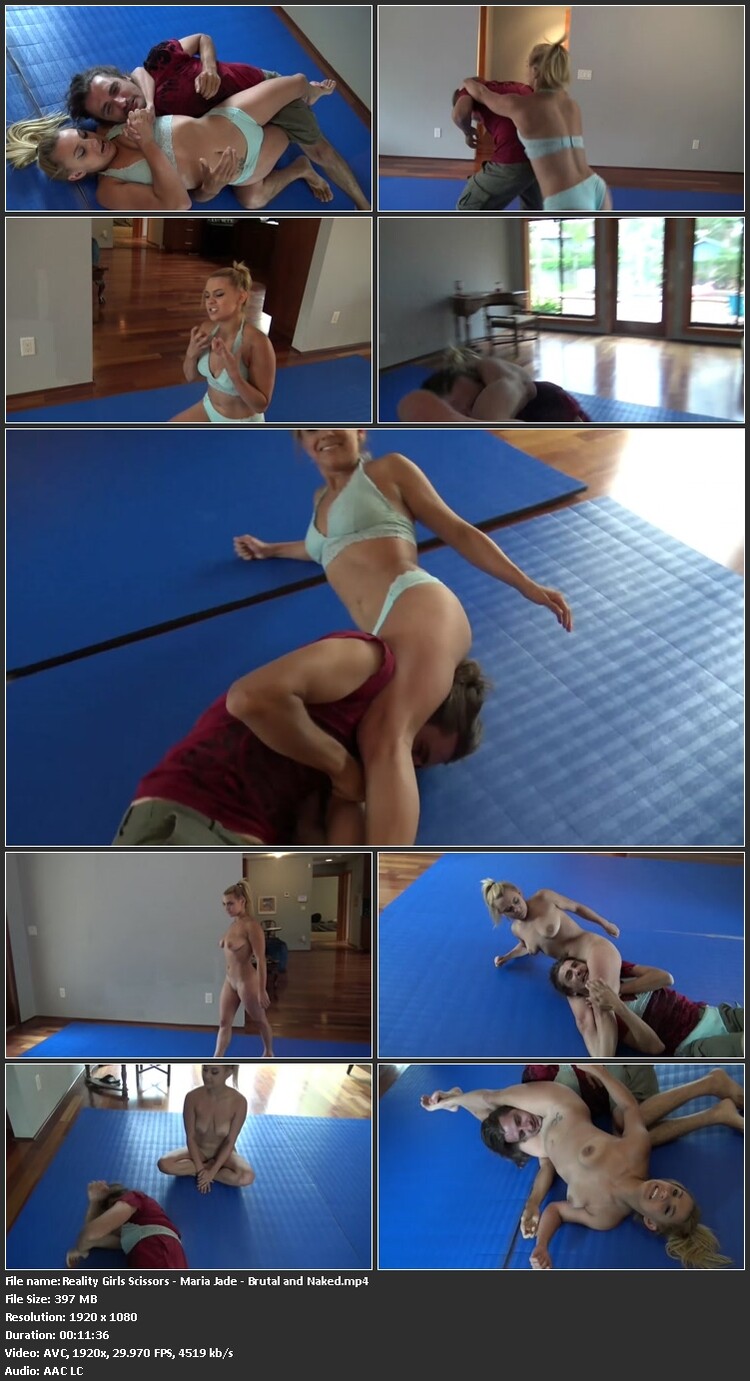