Scarlet Hart, the unquestioned knockout queen of this thing, is known for her high cheekbones, her ballet calves and overwhelmingly for her rear naked choke that has had almost everyone in it doing the chicken dance all this time. But her headscissors are devastating; and here, while she does not resist using her rear naked choke, once to put him out, she dominates him here with her rock-solid, dancer legs including an incredible side headscissors knockout in which the thin wimp’s head is suspended in air, crushed by ripped quads and he is put to rest. She mocks his moaning and laughs. Scarlet as much as anyone loves hurting men. Her quads are like a gymnast’s and a dancer’s as she hangs him out in the side headscissors and announces his being gone from the world for a time. Into her rear naked choke he is terrified; she begins to pull back and mock him and laugh. He is in peril. And she releases him, sitting up and craning her pretty neck and smiling. She sits on his chest and locks on her front headscissors, staring at him as he goes purple and tries to hang on. A combination RNC/bodyscissors as she mocks his sounds again and has him shaking. She adjusts and pours the power back on. Back to the cliff and drawn back. She looks amazing, glowing and seems to try to break his skinny ribs in bodyscissors. More long, painful headscissors — her quads divide into too many lines to count. Her infamous, her feared rear naked choke puts him hard to rest. She can’t pass up a chance to use it to its end. She stands on his neck, digging in her weight. More deviant front headscissors and mocking him. More taking him to the edge. She’s nice than she was to Pete when last they met. Still, Thin Man’s existence is at her will. “Stop rolling! I don’t fucking like that!” she says pulling back on a RNC. His eyes are like glass were it frozen in terror and he is shaking and unwell from the Knockout Queen, Scarlet Hart. 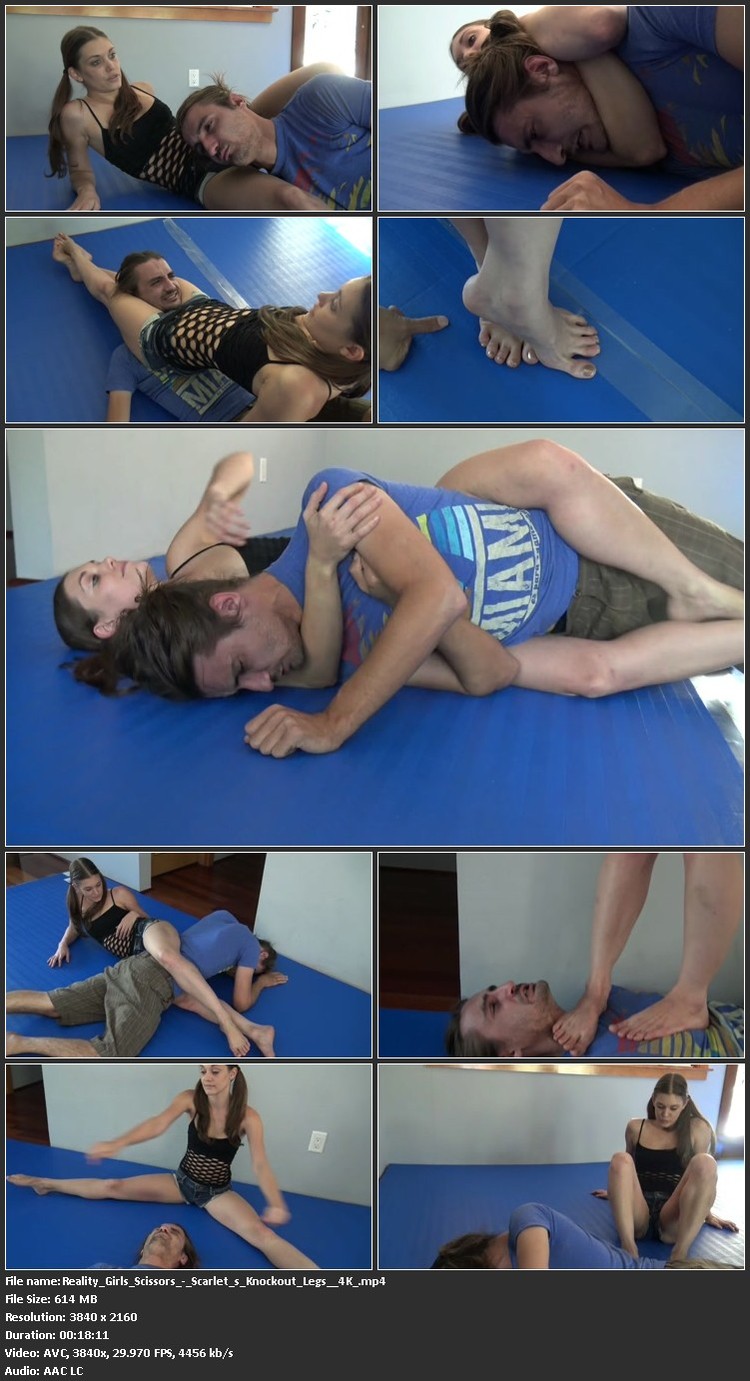