Nikki Next is going to Hollywood. It sometimes seems she has already been there and owned the place, as the 18-year-old looks as much like a young Audrey Hepburn as any girl alive. They are the very same weight, have the same cheekbones and paralyzing stare, close to the same eye-spacing. Their legs are near copies, both ballet dancers, from the same part of the world. Nikki’s only missteps were being born five inches shorter and getting two more tattoos than Hepburn, who is in any legitimate conversation about the most beautiful human ever. Maybe Hepburn knocked someone out in her headscissors, as Nikki does Thin Man here — deeply out in a side headscissors locked like a machine by the cocky girl on high school break just one year ago. She shoves her high heel over his mouth and tells him “lick the bottom of my shoe.” If he doesn’t, she tells him she’ll squeeze tighter. She does and he is out. “How was that nap?” she squeaks, grinning at him because Nikki loves hurting and humiliating people. She is the girl who made 330-pound Jen XL beg to get out of her forearm choke. When people wake up she’s always very nice, and here keeps asking Thin Man if he needs a break; but the tough guy gives his trademark thumbs up. He is weakened and scared. There aren’t many 103-pound girls who can match the strength of Nikki Next. laughing as he sounds like a frog with her arms compressing his throat — she tells him he sounds pathetic and that she gets it must be embarrassing getting his ass kicked by a girl. Her sleepers hurt him but it is her superstar legs that are the stars here. 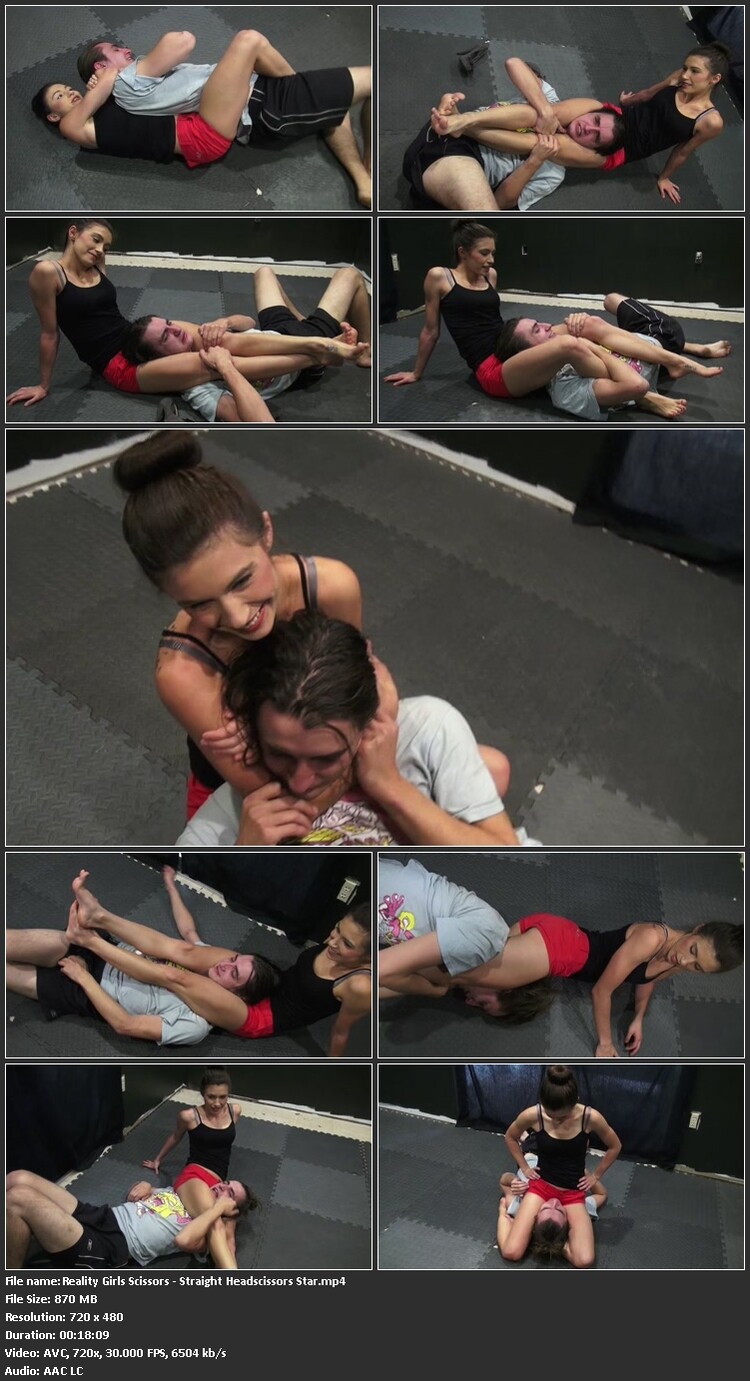