Andi puts Billie at her feet into a straight headscissors starting a brutal submission domination in which the superstar has the weaker guy moaning, gasping and wondering if his neck will fail within the pressure of her legs. Straight headscissors – calf chokes make him spin wild pain sounds – he goes cross-eyed in her Japanese figure-four and she tells him he shouldn’t try to swallow. Brutal rear naked chokes as she laughs that he can try to get out of the hold that has put so many away. She yanks back and locks on a RNC/bodyscissors combo then switches the choke to a guillotine – her front pelvis choke – -she pins his struggling arms down and rolls him expertly into her world-class front headscissors. A terrifying reverse guillotine – more RNC/bodyscissors as the pain comes fast and often for the skinny guy who goes at her to get caught in a pushup reverse headscissors. A camel clutch – a jaw-busting python figure-four. There might not be another girl who uses as many types of figure-four headscissors and with each one the superstar can finish anyone. Straight headscissors – rear naked chokes that have him between worlds; his face contorts and she laughs. Throatscissors she says she “almost” feels guilty applying after suffering in Peach’s. RNC’s hurt him more and panic him more. Straight headscissors turn his purple and hae him crying out in pain as she laughs before finishing him in her calves. 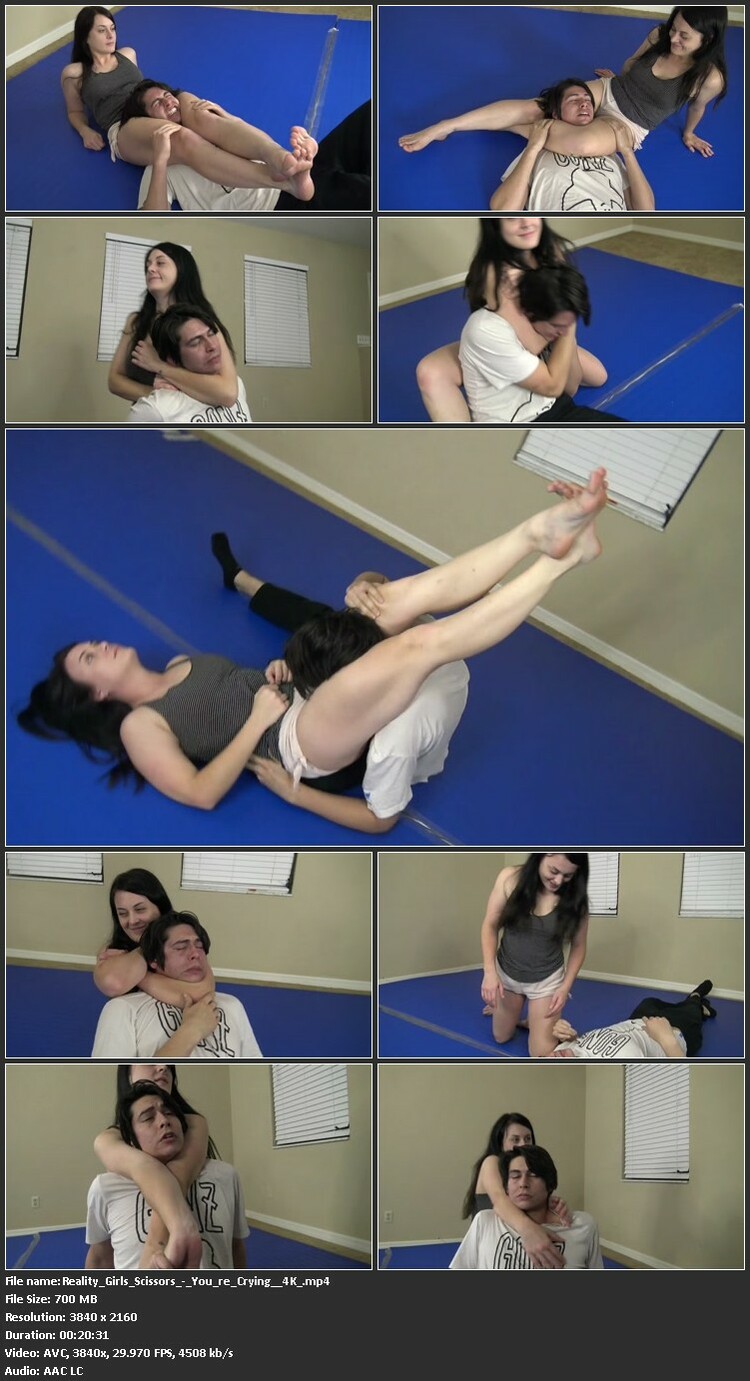