Anger and humiliation here from the dark beauty, dark-souled Celestial to get mean has she pump foot gags him and tells him to take it like a dick before a minute have passed. Her athletic foot gags spill fluid from him. her reaction is to call him fucking gross. He apologizes and she, the hilarious angelic sadist says “Yeah; you piece .. …. let’s go” and then brutally gags from her stomach. She mauls his face, turns it into something else. Then he makes her mad and she pulls him in and almost explodes his throat. You do not fuck with evil angels. More brutal foot gags. Degradation. Celestial is a natural; she’s a natural talent, sadist. dominant, fun person. She wraps on ankle behind is neck and rams her foot down his throat, mocking him again about it being “like dick.” A wrap around again. She’s a master at the hold/gag. He dry heaves a scream. More foot gagging in more mean positions as she orders him closer but is such a great athlete she can stretch when he tries to back away. For the gymnast and star shooting guard the foot gag is a submission hold. She is so talented and she is so mean. “Open!” again and horrible debasing taunting as he shakes and spills and can’t get out of the gag with her foot wrapped around his head as saliva flows. Finally the tough guy needs a break from the sadist. “Open fucking wide,” She kicks him in the face for touching her tapping out. Violence. He spills and is clearly violently ill and she calls him a “dumbass” and loud dry heaves as he gets violently kicked by saying “I want more” and Celestial goes off. She is ignited. Her perfect brown eyes evil. She roll foot gags him like a washing machine, establishing herself as talented at foot gagging as headscissors the sadist face fucks him until he’s sick and purple and gagging and for it getting kicked in the face by Celestial. She snaps at him — kicks him again and again in the face and repeats her command of “Open!” and her debasing of him saying “Yeah, suck it like a big fat cock.” 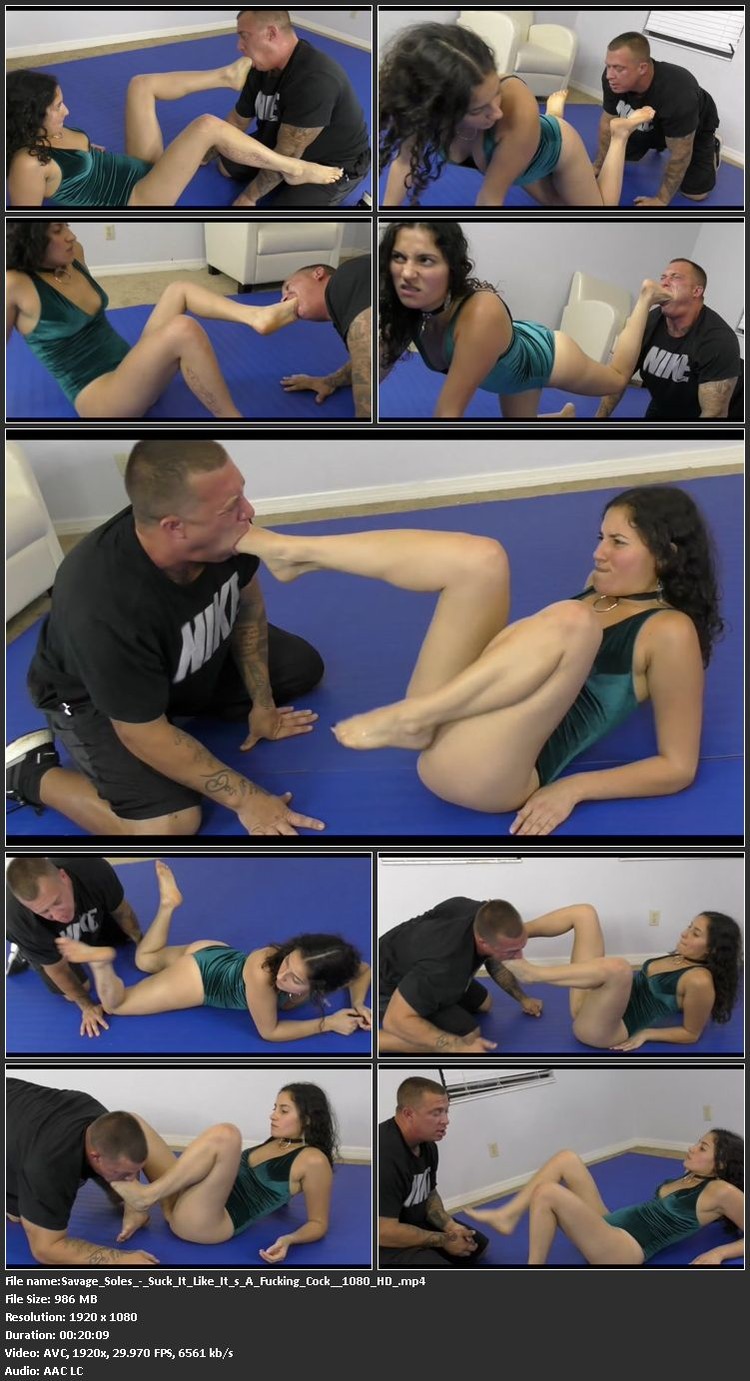