Oftentimes bondage play is intense in it’s intimate closeness – eye contact, physical sensation play, and general interaction. Other times it’s the distance that can create the intensity. In this instance, Elise has Kino tied underneath her bed in a tight spread X position. He has a large electrode attached to his genitals which is controlled by a remote control in Elise’s possession 🙂 At first, Elise toys with Kino, shocking him only occasionally as a reminder that she is in ultimate control of his comfort. However, as it nears time for bed, Elise intensifies her shocking of Kino’s genitals as she undresses, climbs into bed, and repeatedly vibrates herself to orgasm to the sounds of Kino suffering underneath her bed. Sexy video for those of you who appreciate a real look into the play between people at home 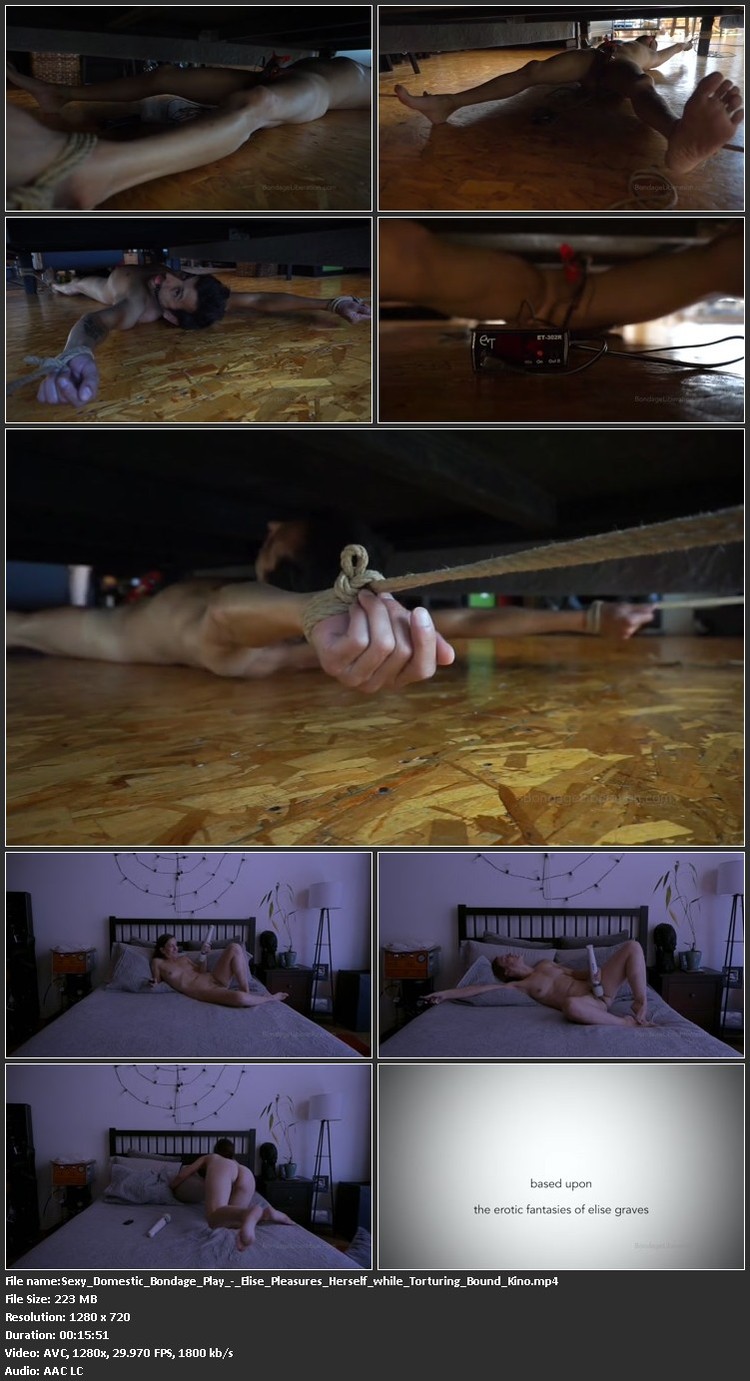