Today I had a walk in the countryside with My Ariat Ranger boots. I walked beside a large puddle of putrid water for a while, because I wanted My boots as dirty as possible for My stupid boot scr@per. I was disappointed with his performance lately. He often left some smaller lumps of mud on My boots, though he claimed to had removed it all.

Although it’s not his purpose to clean My boots – that’s for My boots polishers – he has to get rid of the filth which is on them after I come home. But lately, he often failed to do this. He even dared to excuse his failure by claiming there was too much gunk on My boots! So apparently his stupid big head needs to be reminded of two facts.

Firstly, there is never too much filth when it comes to clean the boots of a Princess. And secondly, this muck is neither meant to stay on My boots nor drop to My floors, but only to get slurped by a mud bucket like himself. I made him lick some of this revolting stuff right outside from the tops of My boots. But this was nothing compared to what he had to lick off My boots after I finished my walk. This is only the first lesson for this pathetic slave. Then I have finished his training eventually, he will be the best muck eater around. 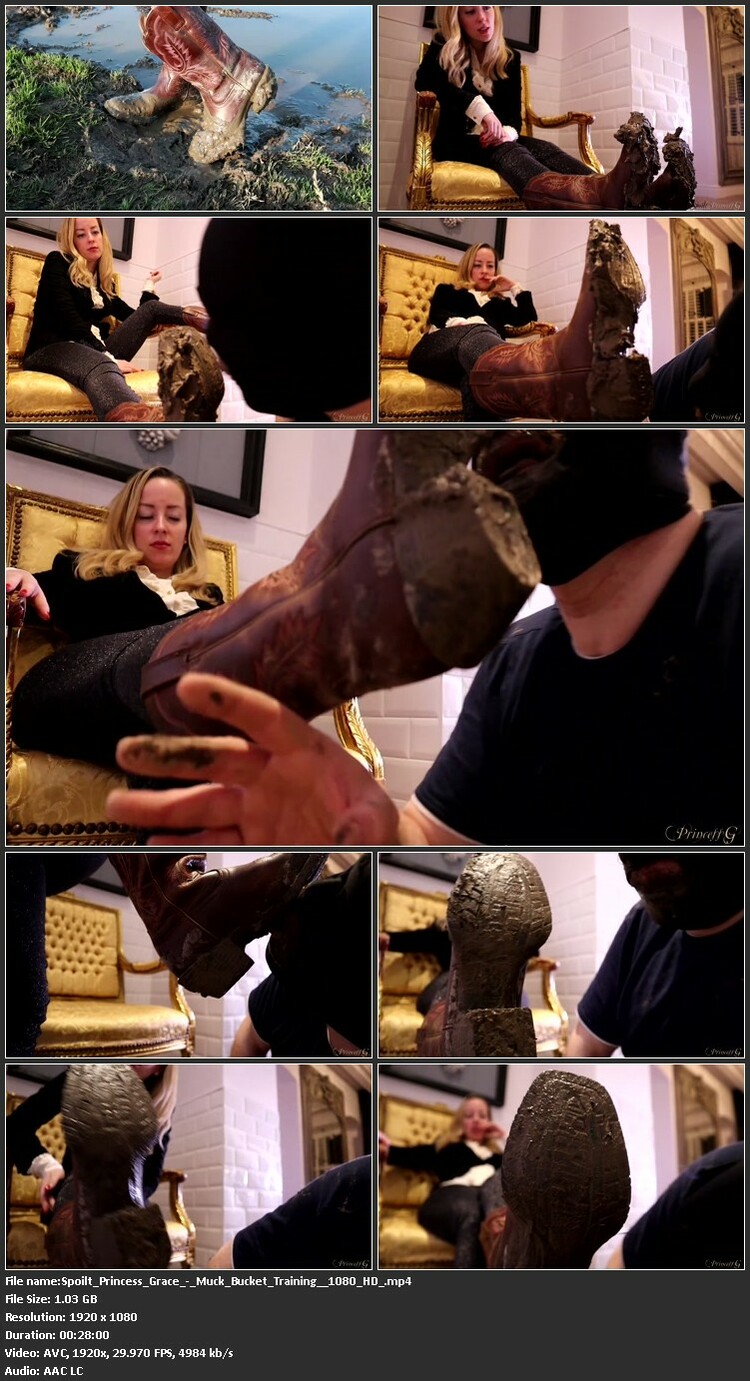