Audrey Tate is back as a pilot again, her former position restored despite her male flight attending telling her superiors about her drinking on the job. She has spanked him many times by now, but he is about to get one more spanking while she informs him that he now on her staff. 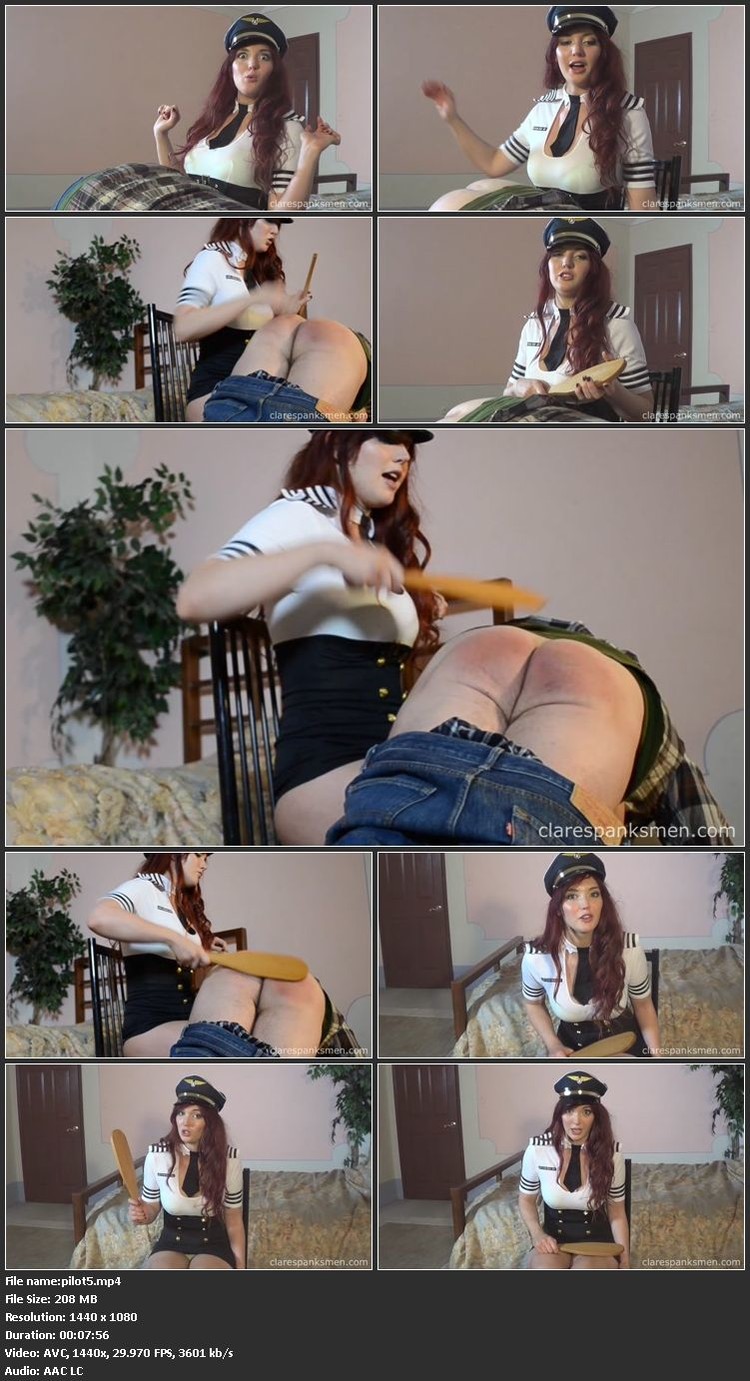 Audrey Tate is angry that her husband did not let the maid in to clean the house because he might have been playing his music too loud and did not hear her knock on the door. So he gets a hard spanking right now from Audrey, and she promises to spank him again in front of the maid.

She got a speeding ticket and it is all his fault. Audrey spanks her husband again using the dreaded wooden bath brush and he is powerless to resist. His bottom is bruised when she is finished with him.

His wife told him to get her car repaired. She went to work using other means of transportation. But when she gets home and realizes that he did not take her car in, she punishes so long and hard that he cannot sit for a week. She uses the wooded bath brush to give him a sound spanking!