Whitney Morgan is trying really to enjoy some peace and quiet at a small laid back Las Vegas cocktail party that a friend of hers was throwing until Miles Striker sat down right next to her on the couch and not because he wanted to get more comfortable and sit down. His intentions were a bit more along the lines of being a pervert and a creep, which Whitney soon finds out. Whitney catches Miles blatantly staring at her legs which were mostly exposed due to sitting down in a short tennis skirt, exposing a bit more leg cleavage.

Whitney confronts the creep, but Miles responds to Whitney’s confrontation by stating that she shouldn’t wear such short skirts if she didn’t want him to stare at her legs, meanwhile his eyes were still locked on her legs. Whitney realizes that she may have to step things up a bit if she wants to get through to this pervert, so she stands up and begins humiliating Miles as begins to talk to Miles in the same manner that he was speaking to her, but Miles begins laughing as he spanks Whitney’s ass, which sends her through the roof in anger.

Whitney realizes that she really needs to show this pervert som #metoo justice, so she begins with kicking him in the nuts, sending him to the ground as she continues to kick him a few times in his ass and sides while he remained on the ground, but shortly after he got back up, eventually kicking him in the nuts again to repeat the cycle, until she decides he should stay on the ground as she begins to show him what his new role in life is, as her carpet to walk all over as well as making use of his tongue to clean the dirt off the bottoms of her converse all-stars before she used them to crush his dick as she began to pump like an air pump with her foot, watching him squirm under her shoes. 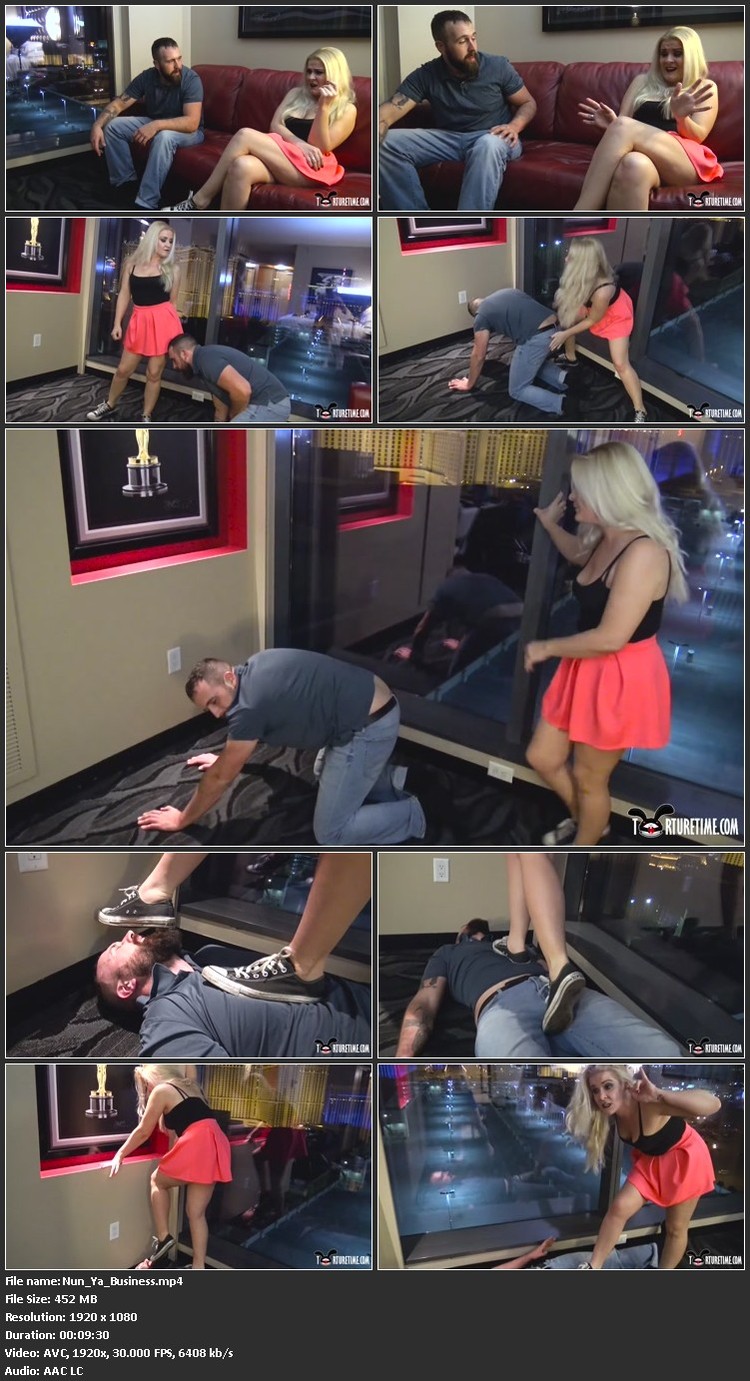